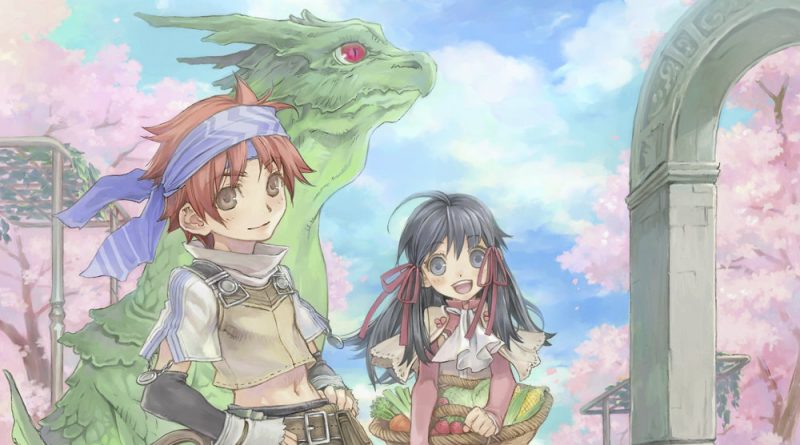 For Michibiku’s fifth anniversary, we’re sharing our favorite pieces from our five years of existence. This was originally posted on 7/31/17.

Jenni: With Rune Factory 4 Special out now and Rune Factory 5 on the way, it’s a great time to learn more about the series and if these are games you want to play.

Not long ago, we went over the Harvest Moon series. It is somewhat complicated to cover, seeing how the Bokujou Monogatari line ended up splitting into Harvest Moon and Story of Seasons outside of Japan. But that is only one reason. The other is because of Rune Factory, a spin-off that ended up founding its own line of games. 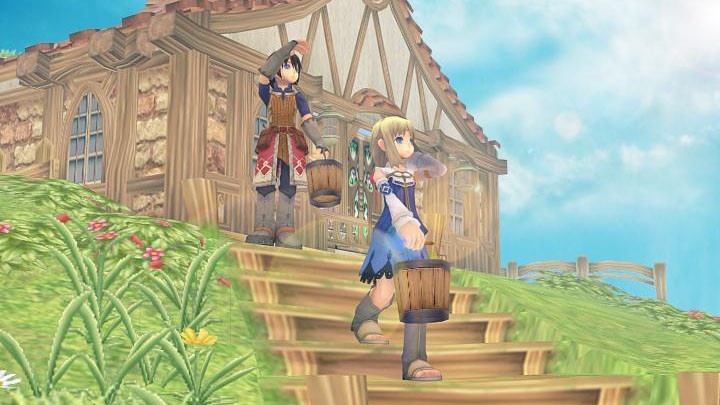 What is Rune Factory?

Rune Factory is a series that was created as part of the 10th anniversary celebrations for Harvest Moon. Yoshifumi Hashimoto and Neverland Company wanted to take the farming and life simulation formula and place it in a fantasy world. Hence the Rune Factory games often having the subtitle, “A Fantasy Harvest Moon.” People can farm and ranch. They could get to know and work with the townsfolk. It is even possible to explore dungeons and defeat a villain attempting to cause trouble for not only the small village in which you live, but the entire kingdom.

The result is a game that is part Harvest Moon and part The Legend of Zelda. Your hero (or heroine) has a farm in or near town. You can grow crops, raise tamed monsters that will provide products you can sell or aid and craft things you can sell or use. There are a number of townsfolk, with some able to join you in battle or eventually become your spouse. Dungeons are substantial and filled with enemies, which you defeat with physical attacks and magic, as well as fields that you can use to grow more crops to get energy or meet objectives. The battle system is active, meaning you constantly need to be fighting. Every action your character takes improves their skill with specific activities or tools, making him or her more efficient.

But what of the name? What is a “Rune Factory?” Well, in this series your character has a health bar and stamina bar. Stamina is restored by Rune Points. While visiting a bathhouse can restore health and stamina, the best way to replenish RP is by growing crops. The fields themselves are essentially Rune Factories. When the produce is ripe, a Rune will appear over every cluster of nine crops. Running over this can restore RP. Since each dungeon is tied to a different season, this means you will have easy access to crops from every season and extra energy in each location.

Before we move on, it is important to point out that the Rune Factory series is one with many different species in it. There are ordinary humans, of course. Some of these humans, most notably the protagonists of Rune Factory 1, 2, 4 and Tides of Destiny, are Earthmates. These are people who can make use of runes and connect with the Earth. Other major races include dragons, dwarves, elves, half-monsters, mermaids and univir, humanoid characters with unicorn horns. 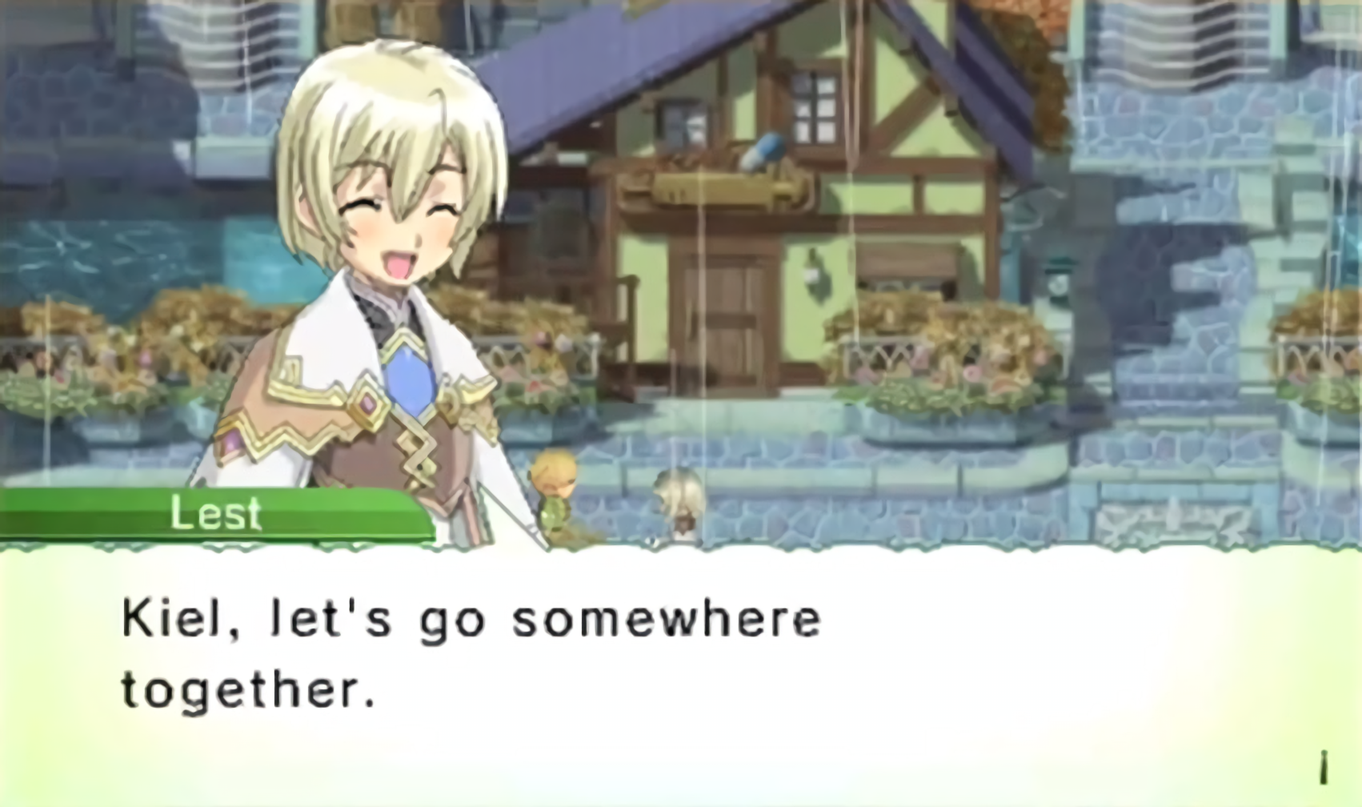 How many Rune Factory games are there?

Probably not as many as you would like! Due to various circumstances, there are only six Rune Factory games. Four of them are a part of the main series, only available on handheld devices. The other two are console-exclusive spin-offs.

The first Rune Factory is the most basic. Players follow a young amnesiac named Raguna. After he passes out in a small town, a young local named Mist takes him in and helps him find a new purpose. He agrees to work her farm while finding himself. This is the most basic installment in the series, setting up a foundation. Unfortunately, completing the RPG-portion of the game never provides any definitive answers regarding Raguna’s past, only hinting at who he once was.

While the first Rune Factory feels like it was designed to build a foundation, the second is more about using multiple generations to tell a story. This installment is basically separated into two parts. For the first third, you are playing as Kyle. Like Raguna, he’s an insomnia who arrives in a small village, finds a place for himself, gets married and helps build a school for his future son or daughter. It is then that Kyle’s memory returns and players step into the shoes of his son or daughter. It is then that the storyline is resolved. While the child character can never marry, he or she can enter into a relationship with one of the children of the bachelors and bachelorettes from the previous generation.

Here’s a bit of an oddity. While many of the Rune Factory games take place in the same world, Rune Factory: Frontier is the only direct sequel. After the events of the first game, Mist found herself drawn to another town. She disappeared, and Raguna followed after. This brings him to a town in danger. There is a floating island in the shape of the whale in the sky, but the runes that hold it aloft are disappearing. It is up to Raguna to save the town, while also farming and socializing with people in the village. This is the only entry in the series to use a Runey system, where you need to manage the water, rock, tree and grass Runeys living in each area to make them prosperous enough to grow crops.

Rune Factory 3 is the one in which the series gets a little more creative. While the first few Rune Factory games are basically life simulations with farming and dungeon-crawling, this one is about the delicate balance of nature and the world’s species. Our hero, Micah, is a half-monster that can take the form of a human or a Woolie (a bipedal sheep). He is also an amnesiac who has lost his memories. His goal is to revive the Sharance Tree near his farm, help restore relations between humans and univir races, find the orbs containing his lost memories and save the world.

Like Rune Factory: Frontier, Rune Factory: Tides of Destiny is a console installment that adds new systems. Players follow a young man named Aden who happens to have his best friend, Sonja, trapped in his body after the two are transported from their Fenith Island to an entirely different one. This new world only has one Arch-Dragon, instead of the many that lived in their own world. The duo grow a Plant Golem, named Ymir, which allows them to travel the ocean, raise islands, aid the Arch-Dragon, save the world and eventually separate back into separate bodies. This one is a more story-focused installment that requires you to both farm and fight, since you can not have the protagonists marry and raise separate families until you go through the entire storyline.

Like Rune Factory 3, Rune Factory 4 adds an entirely new element to the game. As usual, players follow a protagonist with amnesia. After falling from an airship, he or she wakes up in front of a dragon and is declared the town’s prince or princess. This means you not only farm, work with townsfolk and dungeon-crawl to progress the story. You also issue royal orders that can alter the town and upcoming events, as well as manage a shop from your palace to bring in extra money.

Rune Factory 4 Special is also available on the Nintendo Switch worldwide. It adds some extra stories for the love interests and post-game fun. 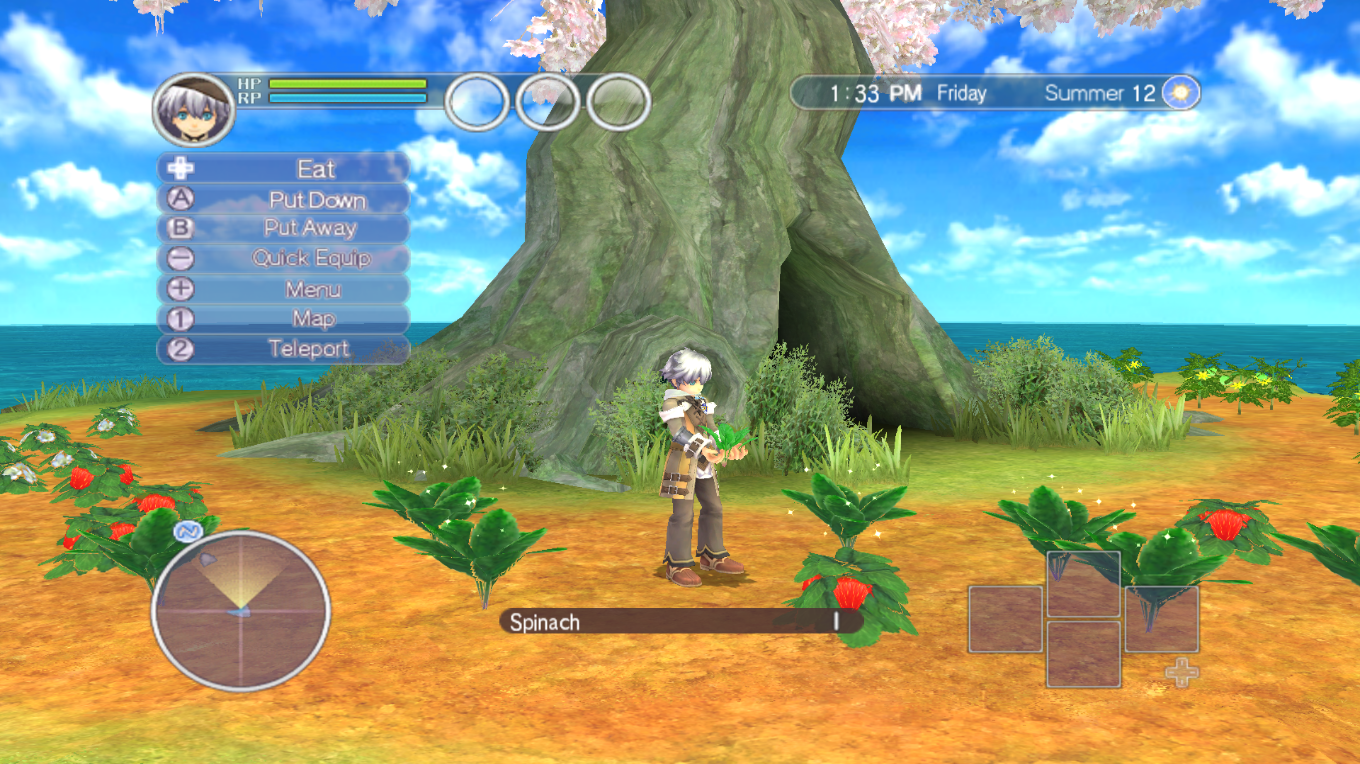 Are we going to see any more Rune Factory games?

Actually, yes! Things did seem bleak for a while. Rune Factory was developed by Neverland Company. In 2013, it filed for bankruptcy. That shut down the studio, but at the February 2019 Nintendo Direct, it was revealed that Rune Factory 5 is in development and should be out on the Switch in Japan in 2020!

In the meantime, these are two other Marvelous games that have a Rune Factory feel.

Lord of Magna is made by the team that worked on Rune Factory. Marvelous hired them after Neverland Company went under. Instead of farming, you’re trying to run an inn. While exploring dungeons, you find amnesiac women trapped in crystals. They are all impressive warriors, which means you’ll take part in strategic, turn-based battles in which you are sending heroines into groups of enemies to defeat them, getting action points to attack or defend. Along the way, you can have your avatar develop relationships with the heroines.

Return to PopoloCrois: A Story of Seasons Fairytale (3DS, 2015)

PopoloCrois is a charming RPG series with strategic, turn-based battles. With Return to PopoloCrois, we get a game that feels a little more like Rune Factory. The main purpose of the game is to help Prince Pietro restore a neighboring kingdom. Gariland is barren and infertile, and he must travel throughout the country, fighting monsters, to restore it. There are farms where he can grow crops, but it is optional. Since time does not pass, the things you plant will gradually grow and never wither, allowing you to focus on the story and only tend gardens when you need ingredients for recipes you find. Pietro can get to know people, but this easy game is all about saving a country.