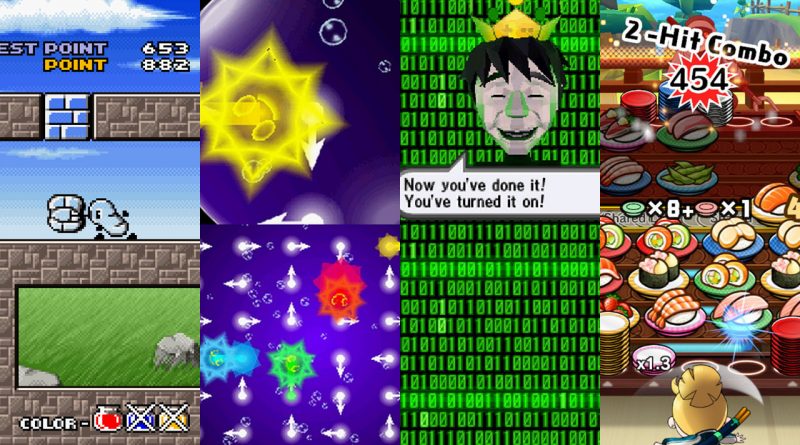 Sushi Striker: The Way of Sushido released earlier this month! We say that because E3 makes June a busy time, and also because, if early reports are accurate, not a lot of players picked it up. This is not new for developer indieszero, making its decades-long mission delivering interesting, quirky games that may slip your notice! Let’s look at the team’s history and break down what you may have missed. 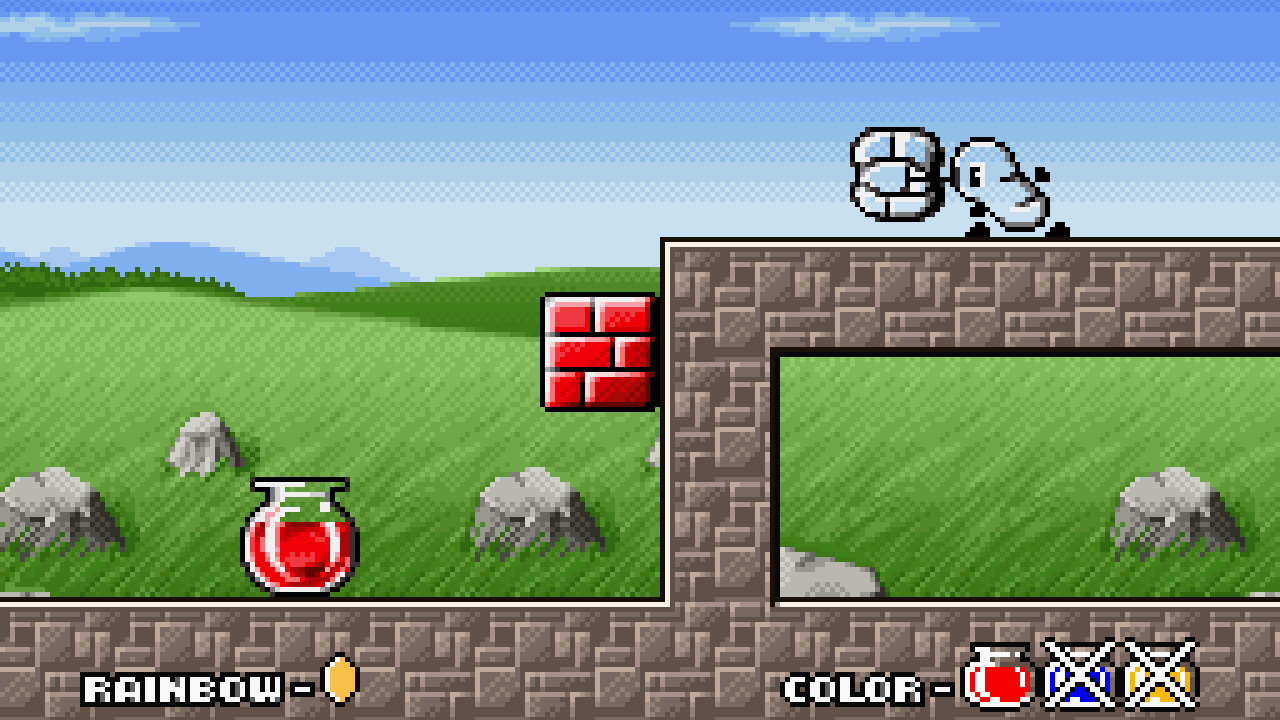 1997-1999, SNES (Nintendo)
What it is: A puzzle game about moving around colors of ink that each have different characteristics into containers to make them do things. It was initially released on Nintendo’s Satellaview broadcast/download service, but eventually got a physical release that’s well-known for its rarity. Still, it’s a largely text-free game, and we played it so you could see what it’s like!
Did you probably play it? Why? Probably not? It’s never seen a Western release, but the company’s first game is definitely one of its best, and it’s worth buying on import Virtual Console for sure.

1997, SNES (Nintendo)
What it is: A digital cooking magazine for the Satellaview! That’s… that’s about it.
Did you probably play it? Why? No. Some of these are fairly understandable in the beginning.

1998, PC (Banpresto)
What it is: Designed when the idea of email was still “new” and “cool” to people, this game essentially sent you messages from little chibi friends and you got to interact, minimally, with them by following their stories in the electronic world.
Did you probably play it? Why? No. It’s a Japan-only PC game that’s literally all about reading.

2002, GBA (Nintendo)
What it is: Combining the cute characters of Sakura Momoko with… well, basically their previous game, indieszero made Ukiuki Carnival about getting to know people in a goofy little town. Read more about it!
Did you probably play it? Why? Sadly, no again. But maybe you should? 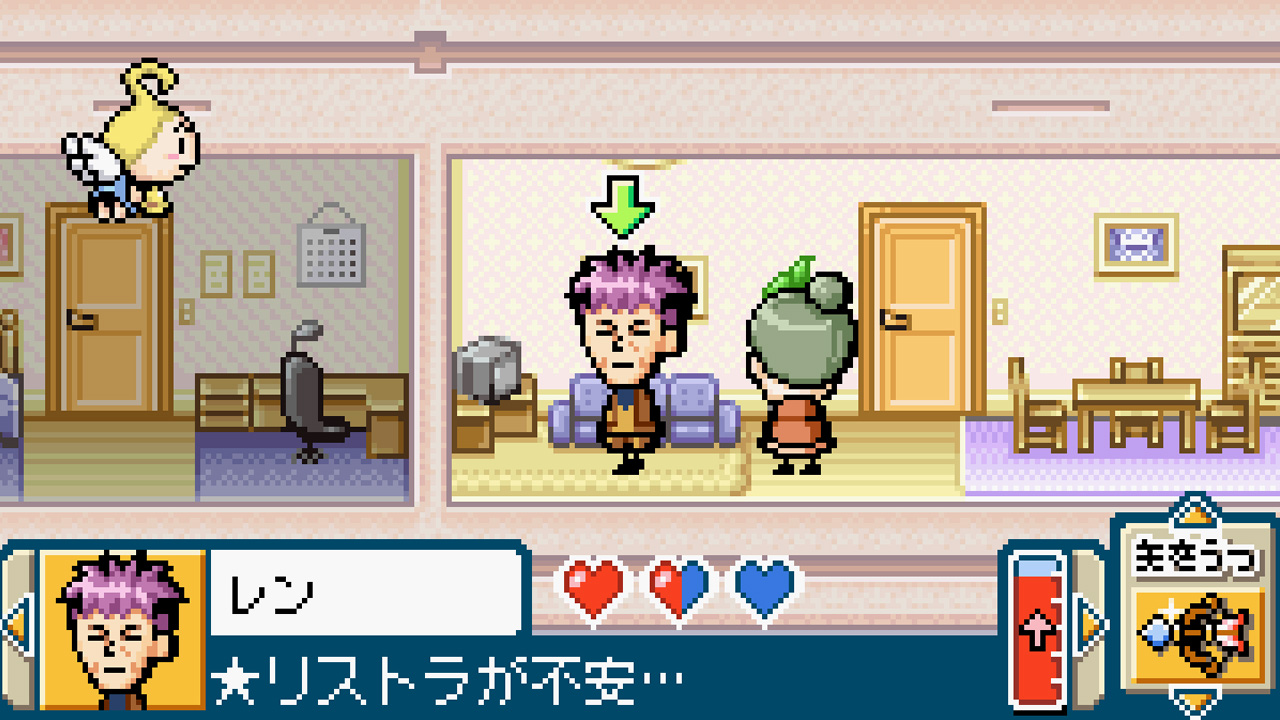 2003, GBA e-Reader (Nintendo)
What it is: Mario Party minigames combined with a simple set-collection physical card game. You’d scan a card to play the game on it and pass the Game Boy Advance around to whoever needed to play. Or you could use the Game Boy Player and heckle your friends! It’s not exactly the best analog game in the world, but indieszero’s one-card challenges did a lot with a little.
Did you probably play it? Why? Hey! Possibly! Still probably no, but the e-Reader did better at the time than its reputation these days would suggest.

2005, GBA (Nintendo)
What it is: Think of it as Lemmings meets The Sims. You play as Cupid and protect a family through their lives by shooting various arrows to change their behaviors (including, of course, making them fall in love). It featured a real-time clock so things kept happening when you weren’t playing, and it was definitely experimental in its methods.
Did you probably play it? Why? No. Like many games released for a system after the successor hardware was out, its life was cut short before it could find a global audience.

2005-2009, DS/DSi (Nintendo)
What it is: Designed largely by Toshio Iwai (experimental creator and the one behind the unreleased Sound Fantasy), Electroplankton was a musical toy of sorts, letting you mess with various objects and create interesting rhythms. It featured ten “instruments” to try, each with different aesthetics.
Did you probably play it? Why? Maybe? Not the first time, since its Western release was incredibly limited, but the piecemeal DSi releases were among the best on the platform. You can even get these now on your 3DS!

2006-2010, DS (Nintendo)
What it is: The company released a whole slew of recipe collections in different regions, each time adopting a different name and set of dishes to make. Personal Trainer: Cooking and America’s Test Kitchen: Let’s Get Cooking were the American releases, and each helped you gather and cook by walking you through the steps.
Did you probably play it? Why? It sold a lot of copies! But… knowing our readers, the chance of one of those copies having been purchased by you is somewhat diminished. 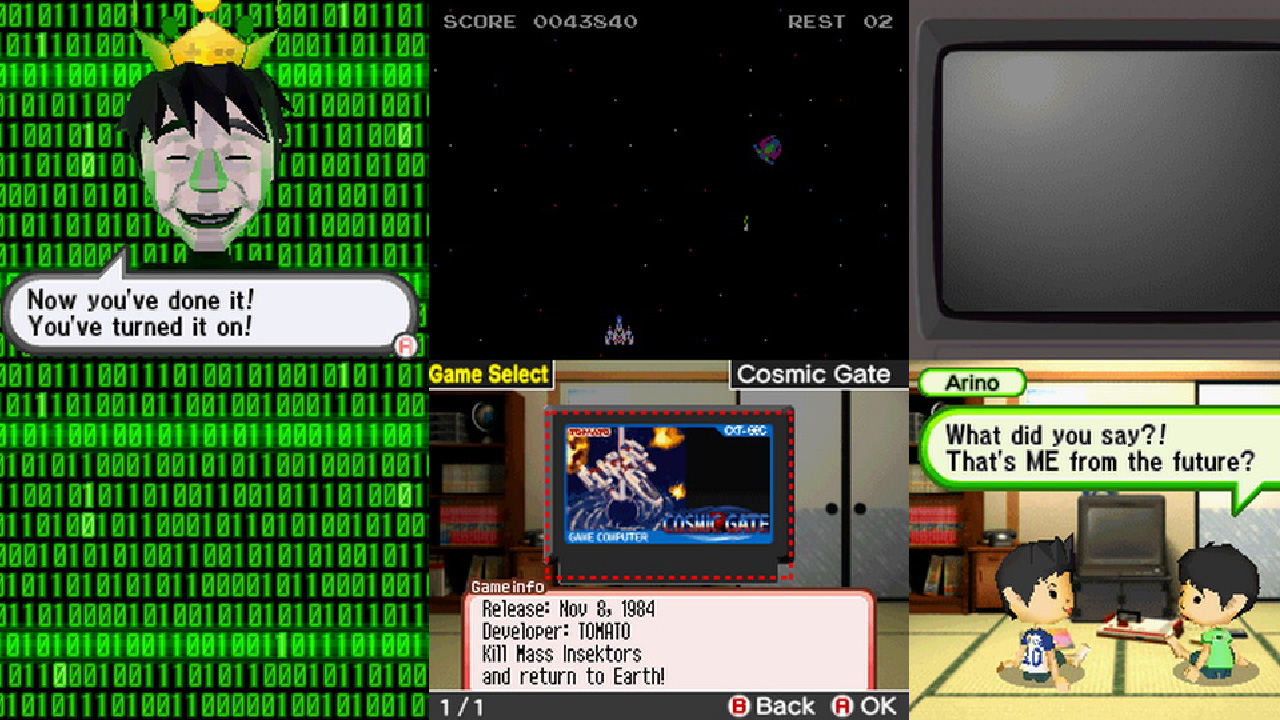 2006, DS (Sega)
What it is: A collectible card game designed for arcade machines and targeted at young girls, Oshare Majo featured rhythm segments, and scored players both on timing and how well their avatar’s wardrobe, assembled from the cards, matched and communicated the right style. The DS port scanned the same cards and largely played similarly.
Did you probably play it? Why? No, it was Japan-only and you really needed to play the arcade game to get the cards, but wouldn’t that be a cool thing to try?

2007, DS (Namco Bandai/XSEED)
What it is: Based on Japanese retro-game comedy show Game Center CX, the game had you playing fictional “retro” games created by indieszero and trying to accomplish various feats. You traveled through time to meet young Arino (the host of the show), and his brand of comedy fills the game in a way that localizations lesser than XSEED’s treatment of this one could have easily messed up.
Did you probably play it? Why? Not enough of you and we’ll never forgive you for it. we don’t want to hear your excuses.

2008, DS (Nintendo)
What it is: Okay, you know what, this one is fairly self-explanatory. You draw kanji on your DS and it judges you on your form.
Did you probably play it? Why? No, of course this didn’t leave Japan.

2009, DS (Namco Bandai)
What it is: The sequel to Retro Game Challenge, with better games and more features! Doesn’t that sound good? There’s even a robust fan translation out there, letting Western players check out some of the more text-heavy fare found in the ambitious lineup.
Did you probably play it? Why? No, because we suppose we can’t have nice things. 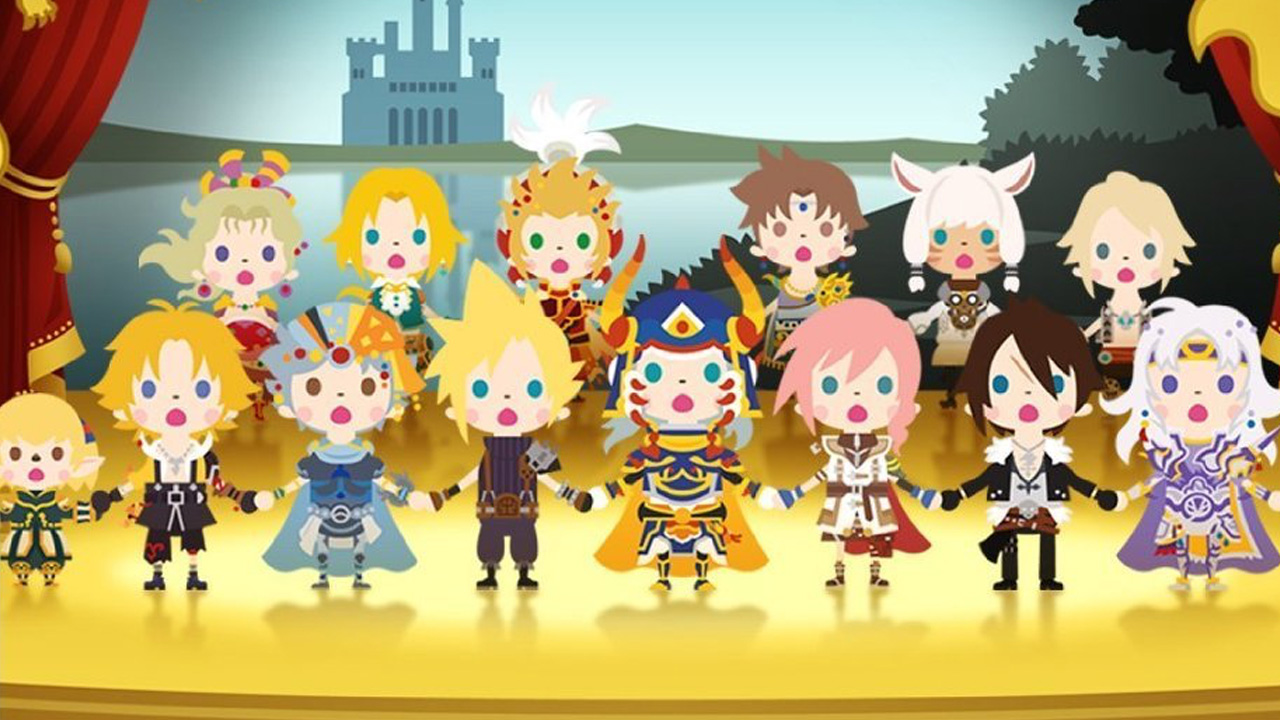 2011, 3DS (Namco Bandai)
What it is: A take on the Wii Sports thing, but with games that all involved using styli. No, really, two of ’em, packaged with the game. It may have been a bit too ambitious for its own good, but it certainly tried things!
Did you probably play it? Why? No. The 3DS’ first few months were really weak, so you may have seen it on the shelf, but it didn’t gain any sort of traction.

2012-2016, 3DS/iOS/Arcade (Square Enix)
What it is: Touch-based rhythm games combined with the soundtracks from some of the world’s most popular JRPGs. It’s all fanservice all the time, but the fans are passionate and the music is really very good. It saw a pseudo-sequel, Curtain Call, that refined the gameplay and added a lot more to the song list from spinoffs and related games.
Did you probably play it? Why? Yes! You probably played this game. I’m as surprised as you are.

2013, 3DS (Nintendo)
What it is: Electronic museum guides are increasingly popular, but this one-shot release for the Louvre is still an anomaly. It even released in most territories so you could download it before your trip to France!
Did you probably play it? Why? Did you visit the Louvre? Geez, we don’t know.

2013-2014, Wii U/3DS (Nintendo)
What it is: Classic NES games, chopped up and presented as short-form challenges. This is essentially what Retro Game Challenge did, but with existing games and without a lot of external structure. The two releases each contained a suite of games from Mario to Metroid, and later retail releases largely combined the lineups.
Did you probably play it? Why? Yes! Er, well, if you had a Wii U. The 3DS version is also good, but its presence on Wii U during a content drought gave it some notable visibility. 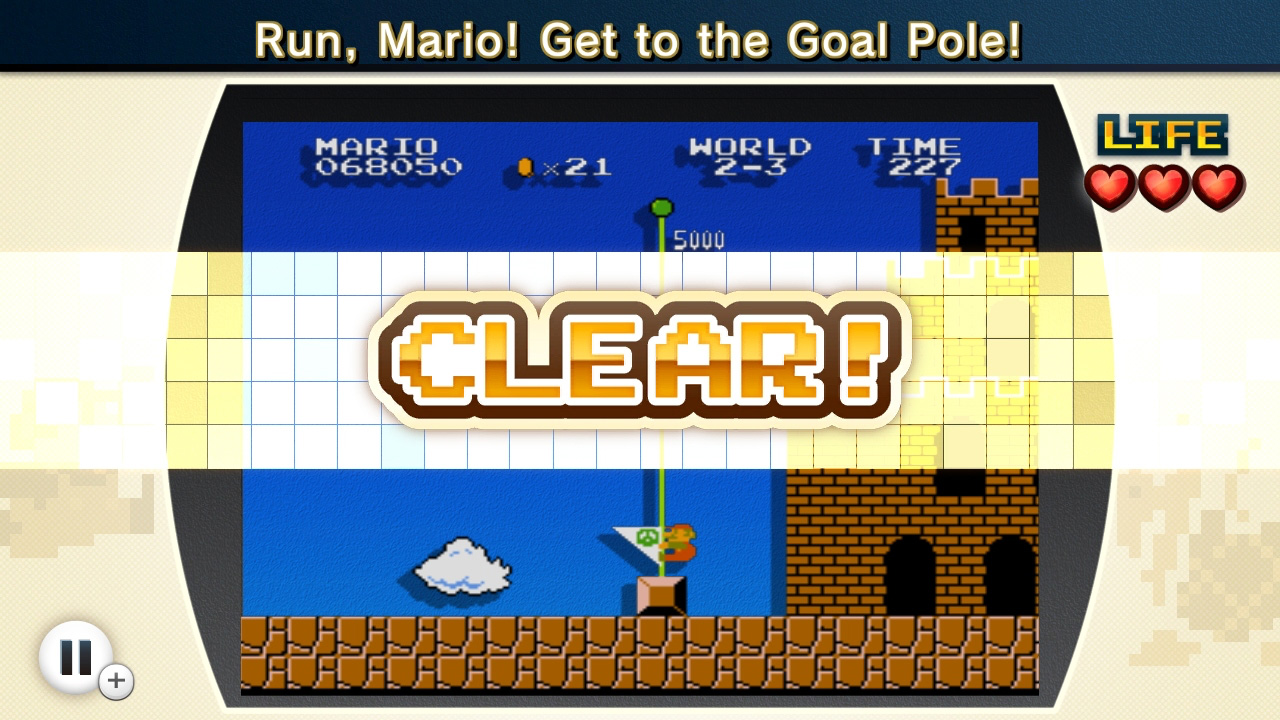 2015, 3DS (Square Enix)
What it is: It’s that game again, but this time it’s Dragon Quest songs! It’s a choice import for 3DS players, since the interface is simple and you know how to play if you’ve played the Final Fantasy release, and the franchise’s peppy tunes really pick you up!
Did you probably play it? Why? No, it never got localized. It’s too bad, too, but Dragon Quest‘s lesser popularity here and constant issues with that series’ music licensing probably are to blame.

2015, 3DS (Nintendo)
What it is: A collaboration with escape game creator SCRAP, this episodic release attempted to recreate the puzzle-solving fun of escape rooms with just a 3DS. It also told a story through its installments about a bomb activated in all 3DS systems everywhere that each player had to disarm to stop. It’s an interesting idea!
Did you probably play it? Why? Nah, this was a Japan-only eShop release, and it’s also so text-heavy that we couldn’t parse much of it ourselves.

2016, iOS/Android (Square Enix)
What it was: The culmination of a lot of the company’s work, this was a fantasy cooking RPG! You explored the world, collecting ingredients to then bring home and use to make delicious recipes.
Did you probably play it? Why? Nope! It was a Japan-only mobile game that shut down after about a year, so you really didn’t get a chance with this one.

Sushi Striker: The Way of Sushido

2018, Switch/3DS (Nintendo)
What it is: An action-puzzle head-to-head game about throwing sushi, it features a full story and world, a bunch of little critters to mix and match for special powers and a release both on the newest system and one that may be better suited for its touch controls.
Did you probably play it? Why? We’ll see? It’s not looking too good. 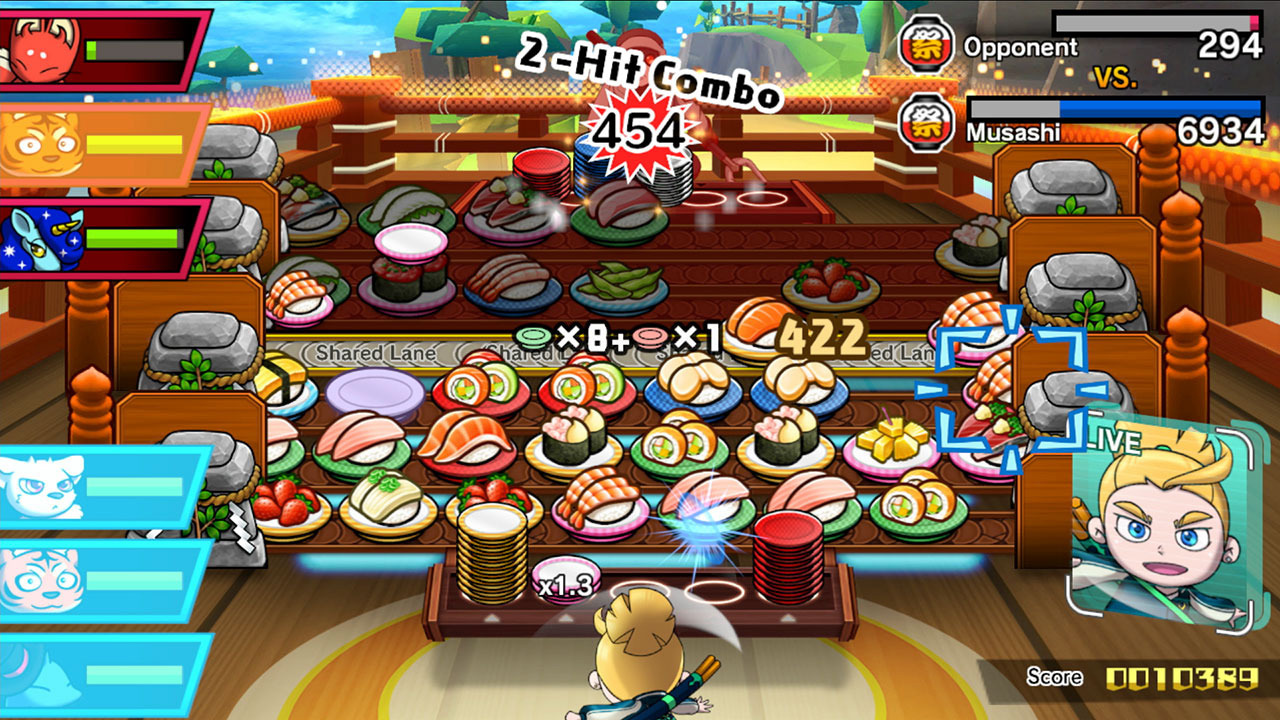 For more helpful rundowns of series and developers, check out our Guides section.