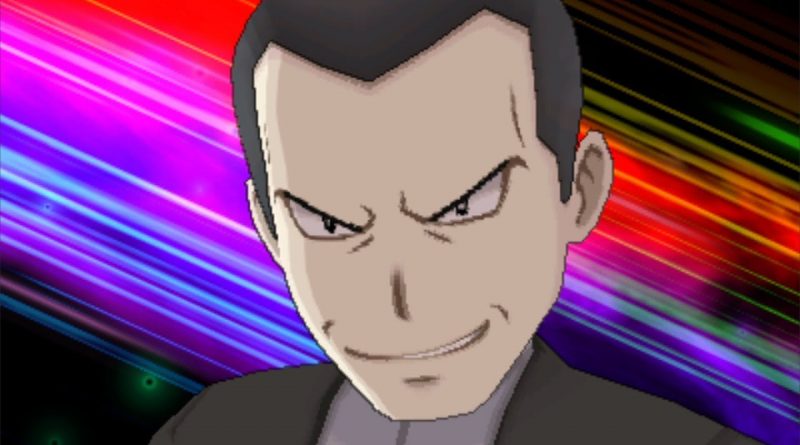 What makes a good villain? It could be how justified and vindicated someone feels when they get the chance to rise up and defeat them. Ones with intense backstories and motivations that almost a player sympathize with them are intriguing too. But, when it comes to the Pokemon series, one villainous group keeps enjoying one uprising after another. Team Rocket can’t be kept down. (Team Go Rocket even took Pokemon Go by storm.) In the case of this group, one could argue it is their persistence. Because, while the group does have an array of activities that can make people justified in fighting them and does have more affable members like Jessie and James, their in-game activities come down to relying on certain Pokemon they are familiar with, gradually building up plans, never hiding their intention and always being ready to make a comeback.

In Pokemon Red and Blue, then later the remakes like Pokemon FireRed and LeafGreen and Let’s Go, Pikachu! and Eevee!, we come across a number of Team Rocket schemes that gradually escalate in malevolence. When we first come across them, they’re stealing fossils from Mt. Moon to sell for money. Which sure, isn’t a great thing. Historically, it is damaging, but it isn’t the worst thing the group has done. The next incident, which involved attacks on Cubones in Lavender Town, comes across as more obviously evil. This involves poaching Pokemon, an infant variety in fact, to take a bit of its part. When you get to Celadon City, the Rocket Game Corner is a way to scam people for more money and have a base of operations. By the time people get to Saffron City, Team Rocket has taken over a whole town and invaded an entire company for the sake of getting Master Ball plans to further its Pokemon-stealing, money-making endeavors. At this point, Pokemon are being hurt and people’s lives are being threatened. It kind of makes running a corrupt Game Corner activity center seem downright ordinary. 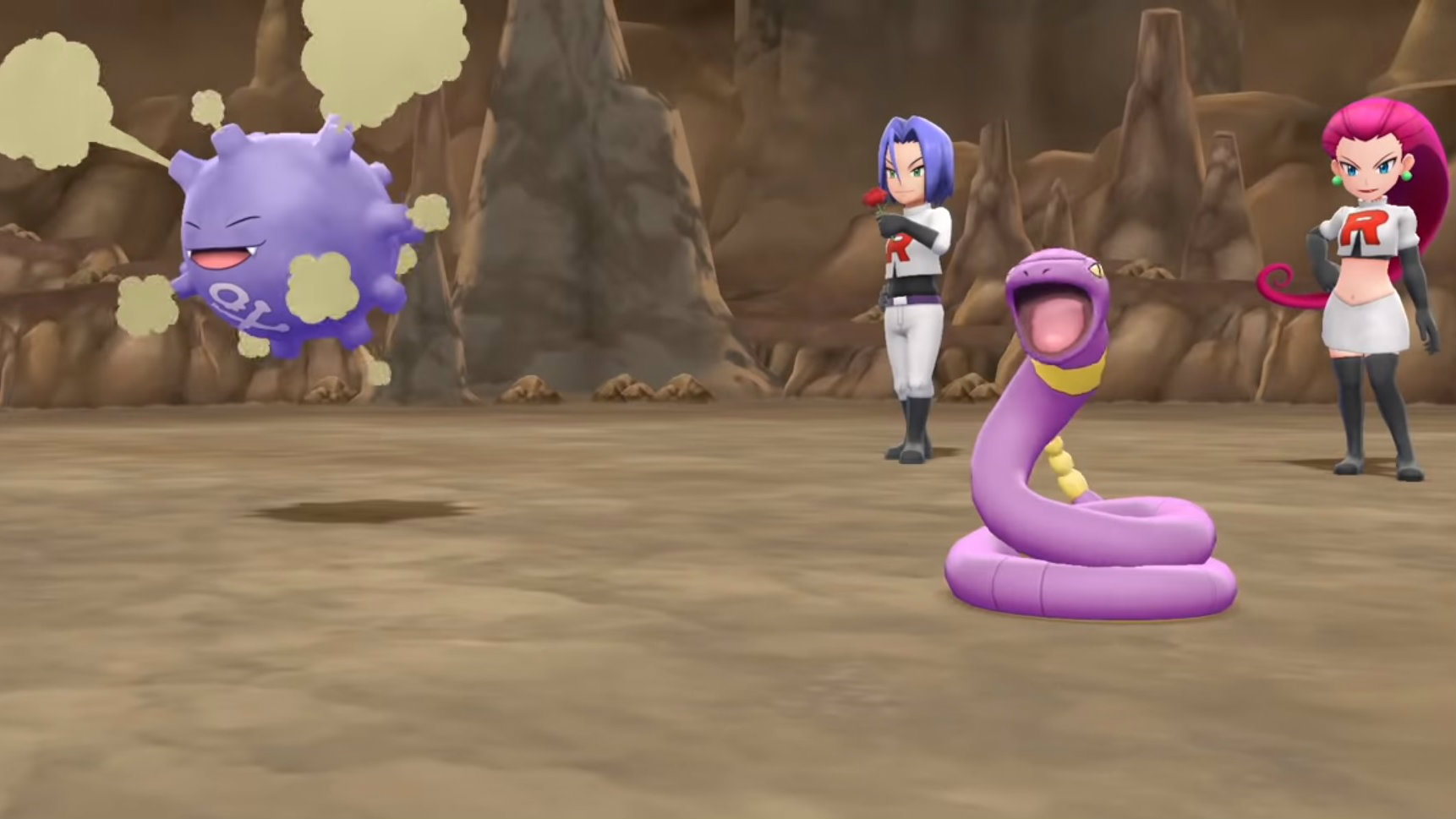 In each of these early instances, the series are effectively making them more of a menace. Things are starting off relatively small. Grabbing pieces of history to sell from the highest buck, away from those who would research and preserve them, is a pretty trashy move. So is scamming people at an arcade. But amping things up with actual violence against living creatures and the hostile takeover of a town and company is pretty heinous. The group gradually grows in power and notoriety as the player does, perhaps making it feel as though okay, you are getting strong enough to make a real difference in the world and fix things.

Appropriately enough, the remnants of Team Rocket’s activities in Pokemon Gold, Silver and their remakes starts at a higher level of villainy. It took a while before the group got to “actually hurting living creatures” in the first games, but with these entries we see Slowpokes from Azalea Town having their tails chopped off almost right away. Why? To make money. Again, there are no apologies or excuses. All we get is malevolence that gives players a reason to fight. Forced evolution through sound waves, for the sake of getting more desirable Gyarados to sell and taking over a Radio Tower to contact Giovanni round out the actions here.

In most of these instances, we see Team Rocket’s persistence paying off. (That is, until us players come around to put a stop to everything.) Team Great Rocket, from the second Pokemon Trading Card Game entry on the Game Boy, managed to brute-force its way to success. It brought all of the Club and Grand Masters to to GR Island. It has the four Legendary Cards. Odds are, it would try to use them for cash-related schemes. Which makes it more satisfying when you show up and go through the ranks, saving the day. 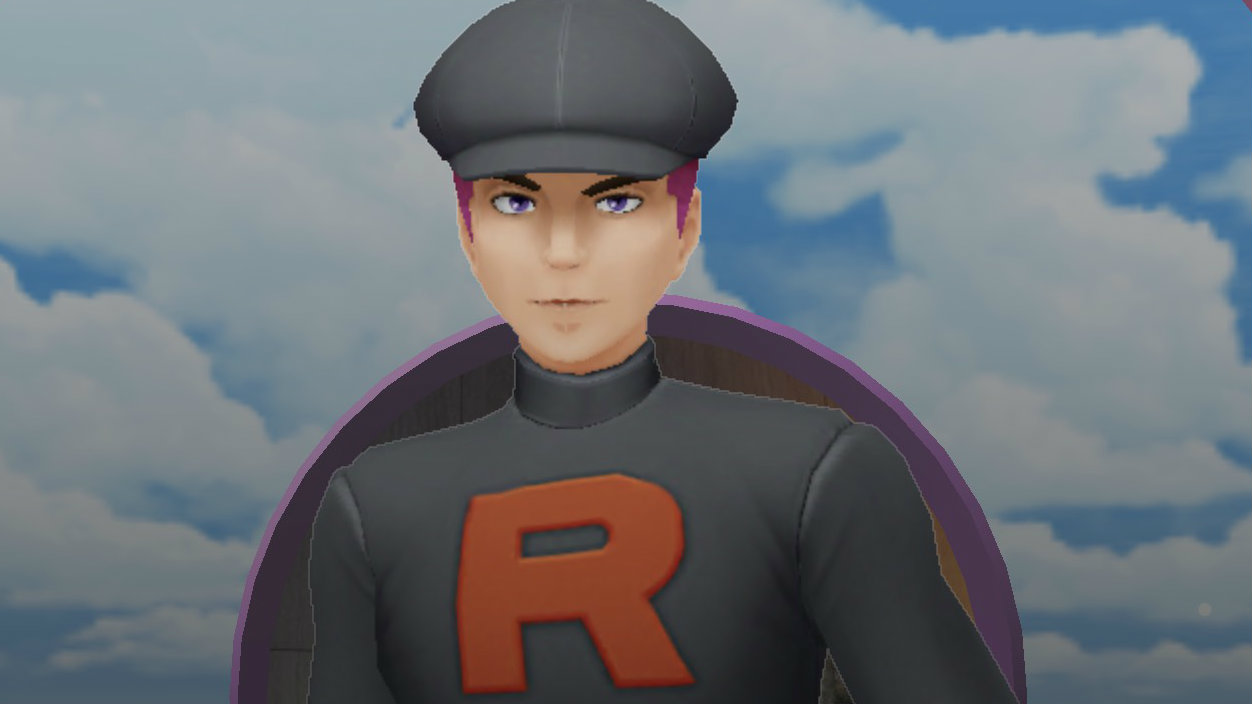 The reason I mentioned Team Great Rocket is because that sudden jump from the main Pokemon games, where they get things done but never completely take over, to them having their own island and kidnapping multiple people in Pokemon Card GB2, happens with Team Rainbow Rocket. In Pokemon Ultra Sun and Moon, Giovanni and his team return out of nowhere. For years, the group was rebuilding. So now, when the group is here, the appearance blows all others out of the water. All of Festival Plaza belonged to Team Rainbow Rocket, for a time. Then, it took over the Aether Foundation for its own means. Giovanni recruited past villains. He used technology never before seen in the series, until Pokemon Sun and Moon, to access an ultimate kind of power.

The “never say day” attitude and constant growth makes every Team Rocket resurgence interesting. It gives us a reason to keep going as incidents keep escalating. As a result, there’s this sense of duty for Pokemon players. Since the earliest games, Team Rocket has been our foes. Which means whenever they pop up, we can be guaranteed a greater reach and range from the opponents and more of a reason to strike back.