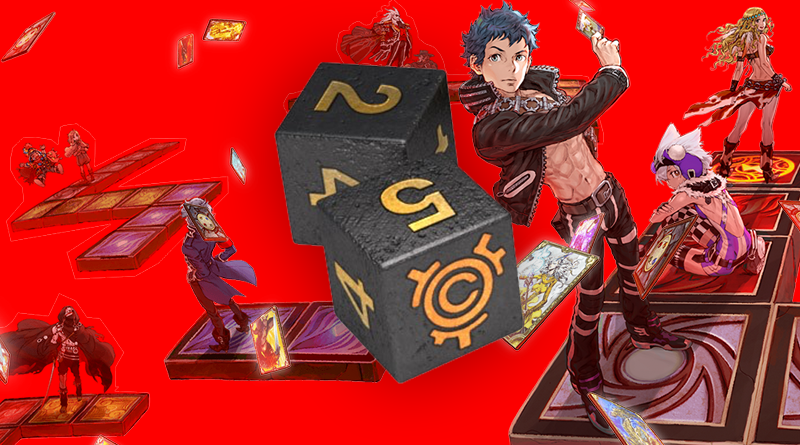 For Michibiku’s fifth anniversary, we’re sharing our favorite pieces from our five years of existence. This was originally posted on 9/27/17.

Graham: This piece throws together a lot of my quirks and hobbies, and I wish I could do micro-level analysis like this more often!

Culdcept Revolt is the latest in a line of board-based strategy games that, while tactically deep, have generally kept to their particular method of doing things for two decades. Revolt certainly changes some things around elsewhere, but its biggest contribution to the series is what would seem at first to be a simple, inconsequential change to how players move around.

In older Culdcept games, players would “roll” to get a random number and move that many spaces around its board. The maximum number varied from map to map and game to game, but could reach some number from 6 to 10. This is straightforward and simple, and its tendency to obscure the actual rolling meant that players could invent justifications for why it never rolls the 3 they needed. In actuality, it was a true random roll, so any number was equally likely. 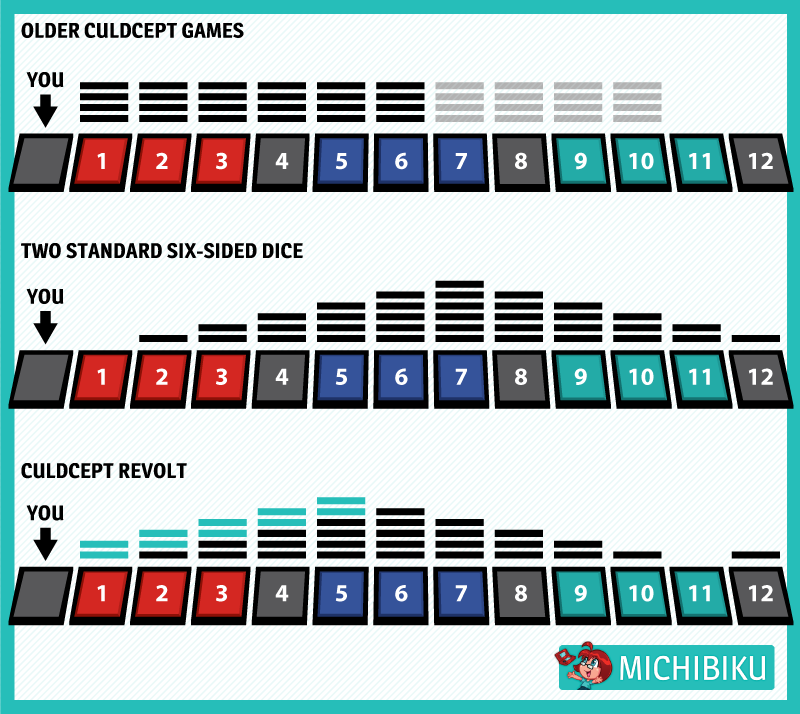 Players of traditional board games will be familiar with rolling two six-sided dice, be it in Settlers of Catan or, well, Monopoly, a game from which Culdcept clearly already drew inspiration. (Through Fortune Street, probably.) Rolling seven is far more likely than getting two, and you can take that into account when making decisions. Revolt tweaks this formula slightly: instead of a “6” side, there’s one with a special symbol that sends players 12 spaces only if rolled on all your dice. Otherwise it’s worth nothing.

As you can see, that makes it much more likely that you’ll get a lower total, bringing the likely landing spot for your move a lot closer to what it would be in older games but still allowing you to assess where you’re more likely to land. And there’s still the possibility you’ll get that 12! It’s just as likely and, now, a lot more special.

This wouldn’t be nearly as interesting if it were purely a random number, though. Culdcept has always had spells that add or manipulate dice, but now there’s so much more potential payoff for that manipulation. You can land on unlikely spots, since now there are unlikely spots. You can cast your way to a 12 (or more!) if you want. And building your deck around these manipulations is now consistent, as the die roll doesn’t change depending on the particular board you’re playing.

Let’s take a second to look at one of Culdcept‘s classic spells, Fly, which has changed the most in the transition. 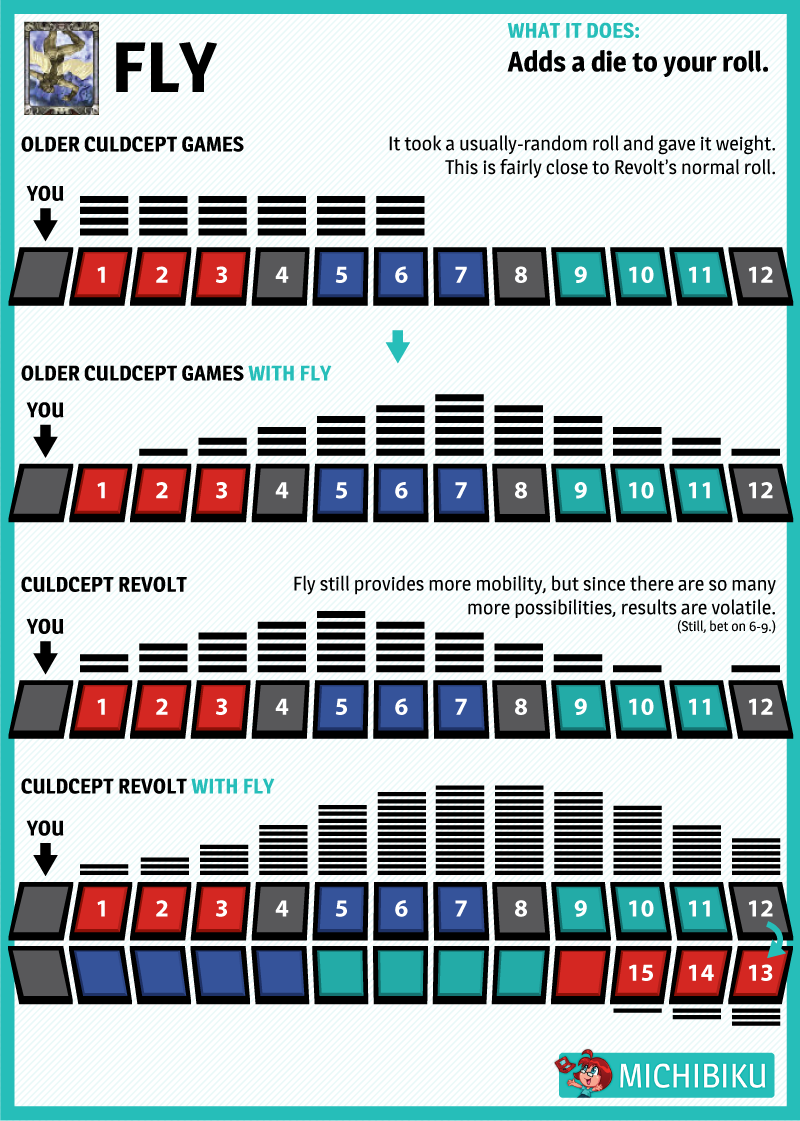 The old Fly essentially created something like the default Revolt roll. New Fly is somewhat less predictable, given there are so many more possibilities, but there are two things to keep in mind as a player: that you’re way more likely to rocket across the board, and that if you want to avoid rolling a 6, 7, 8 or 9, you should wait and use it later.

Check back over the next week for videos and our full review of Culdcept Revolt!