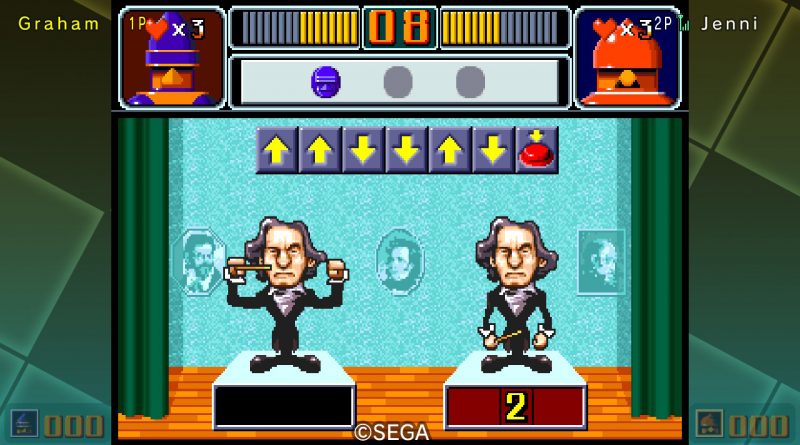 In most instances, a retro re-release project is about capitalizing on nostalgia. It’s about letting players revisit old favorites on new platforms, and the comfort of the known being preserved for future play. And Sega’s no stranger to that, both with this Sega Ages series and its compilation efforts in general. At least for those of us in the West, though, Sega Ages Ichidant-R is different. It’s an unknown artifact delivered to an audience to let them learn more, and it’s exactly the sort of effort that fans of Japanese games should applaud. 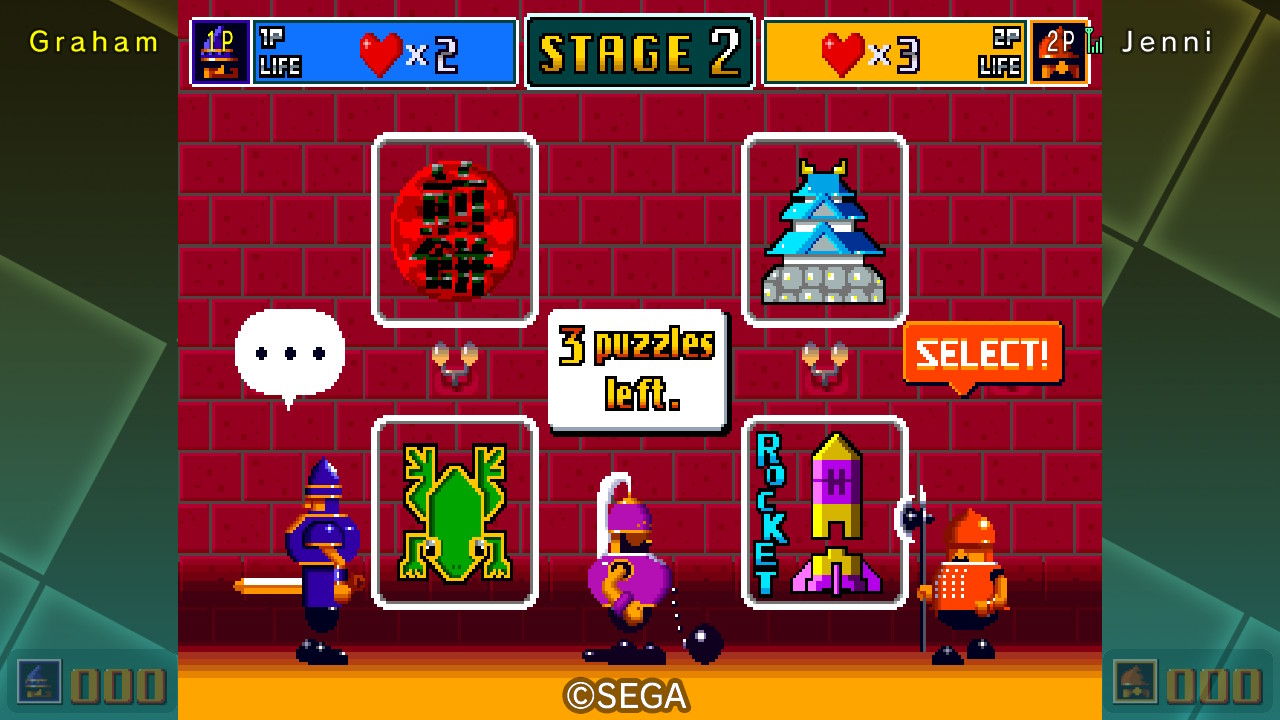 To understand Ichidant-R, you need to know a little history. It’s the second entry in the Puzzle & Action series, a spinoff of Bonanza Bros. focused on head-to-head quick-fire minigames. If there’s a connecting thread, it’s that the games were built primarily for arcades, and that tight timing windows make even its simplest challenges harrowing. Each entry, as of now, has reached America exactly once: the first, Tant-R, had its own Sega Ages appearance in the form of a PS2 remake included on our Sega Classics Collection disc; the third, Treasure Hunt, actually showed up at its initial arcade release; and Ichidant-R is making its debut here on the Switch. It’s a bit of a logistical mess, but the thing you really need to know is that each is a collection of similar minigames and the surrounding wrapper has an aesthetic theme. In this one, you’re medieval knights. Again, it really doesn’t matter.

Each game is designed to have two adversaries: your human opponent and the clock.

Each game is designed to have two adversaries: your human opponent and the clock. Winning a majority of rounds gives you control over the roulette deciding the next minigame, but both players failing consumes lives. You can keep going just fine in this installment with unlimited continues, but the initial idea in arcades was to encourage rivalry while also rewarding both players for each’s individual success by extending play time. 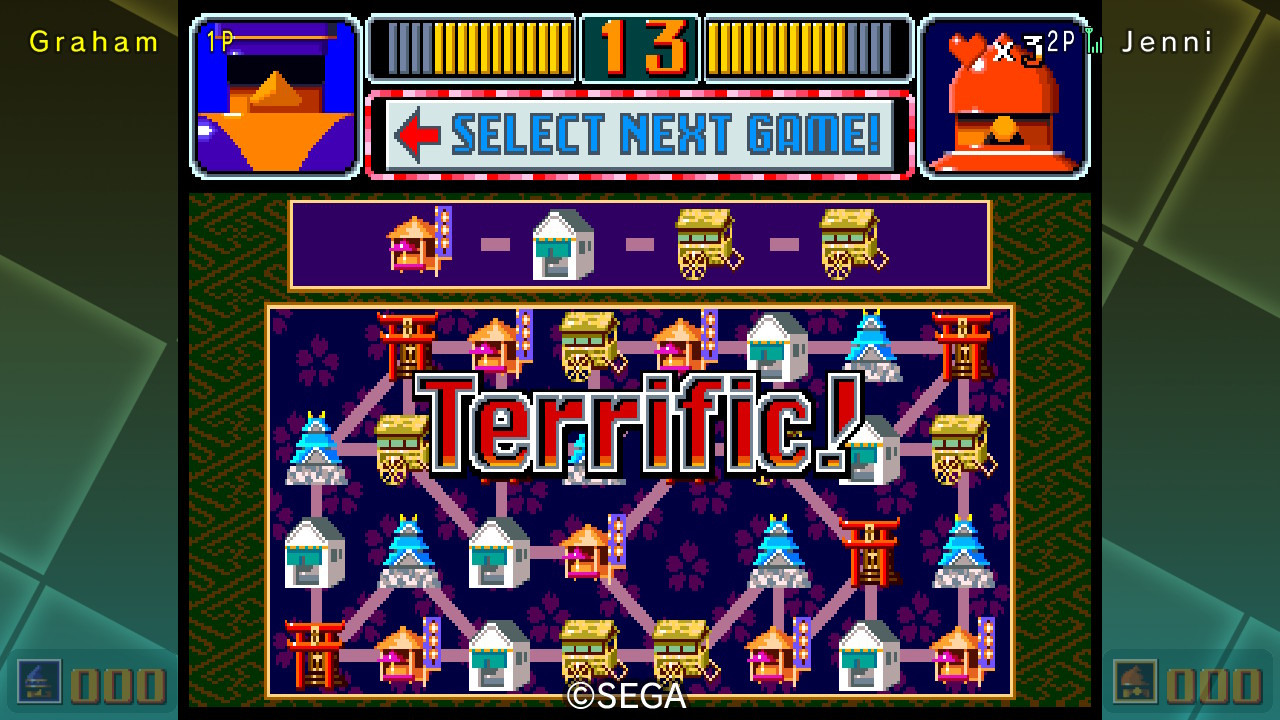 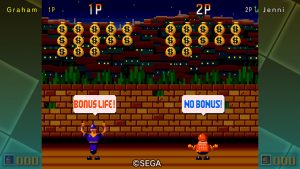 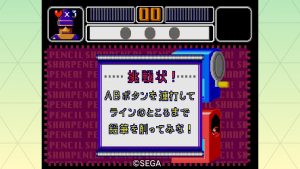 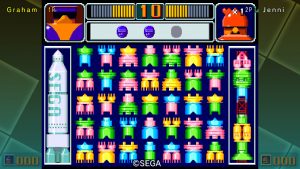 The challenges are a little off-the-wall, in the sort of way that wouldn’t totally reach us in the West until games like WarioWare but was thriving in Japan through both this series and successors like Bishi Bashi Special. They range from repeating patterns and solving puzzles to rotating joysticks and quickly mashing buttons, trying to test how well your brain can switch gears. There’s a bit of downtime between games to make that happen, so it’s a slower and less hectic experience than something like WarioWare. Still, it’s definitely not plodding by mid-’90s standards.

Usually, a project like this wouldn’t make it to the West. We’d get some of these Sega Ages releases, but the ones that aren’t as marketable or present localization challenges? Especially considering the inclusion of the game’s Mega Drive port. While the arcade version features English for its release in markets outside Japan, the home conversion was never intended for Genesis release outside its original market and remains fully in Japanese. Rather than cut it out, it’s here with a bit of a disclaimer, and it’s the sort of approach many have asked companies to take when larger translation efforts aren’t an option. 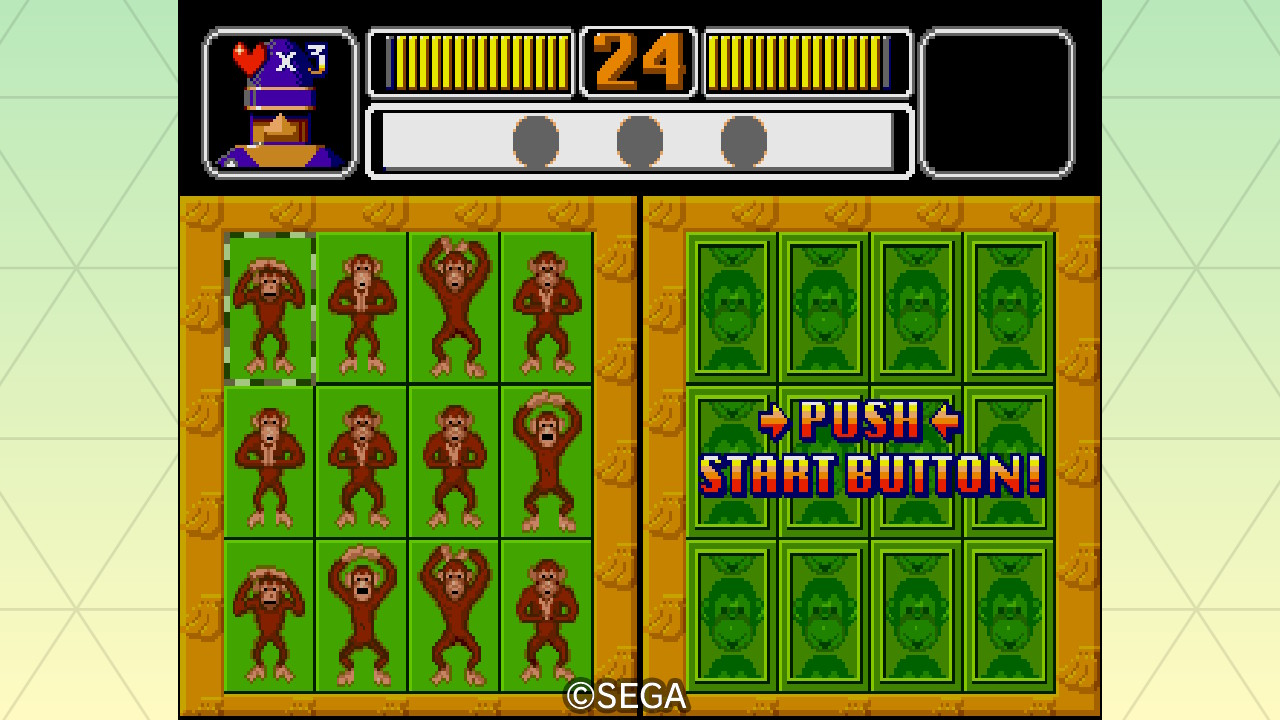 It’s a great boon for this release, too. You can generally learn how games are played through the arcade version so you don’t have to read the Mega Drive instructions, and that way you can play the game with timers and difficulty more balanced for play outside the arcade context. It’s not a huge visual downgrade, and there’s some extra content packed into it for home players. There are some more text-heavy options that could be too much to parse, but hey, you can make that decision yourself!

There are some more text-heavy options that could be too much to parse, but hey, you can make that decision yourself!

Of course, Ichidant-R‘s charm and quirk wouldn’t mean much without the suite of features and focus on emulation quality brought to this port by M2. This game’s especially benefited by the online play function. The Mega Drive release isn’t included in that and our play sessions included some occasional hiccups that do make a difference in a game with such narrow time windows as this, but it’s definitely better than playing alone. 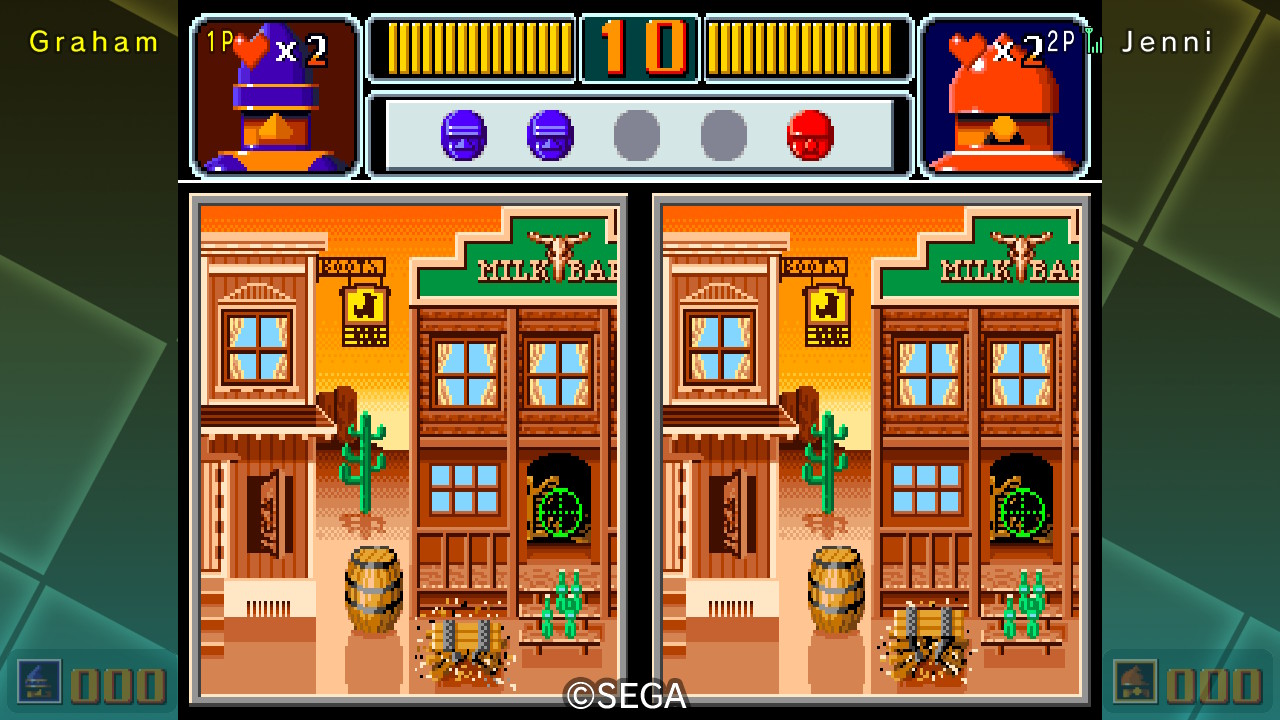 If you’re a fan of Japanese companies doing the right thing with releasing obscure games abroad (or hey, you just love classic Sega games and M2’s always-stellar preservation work), maybe take a look at Sega Ages Ichidant-R? At least in the West, there’s very little like it.

Publisher: Sega
Release Date: October 17, 2019
Developer: Sega / M2
Platform(s): Switch
Questions? Check out our review guide.
A review copy was provided by the publisher or developer for this review.