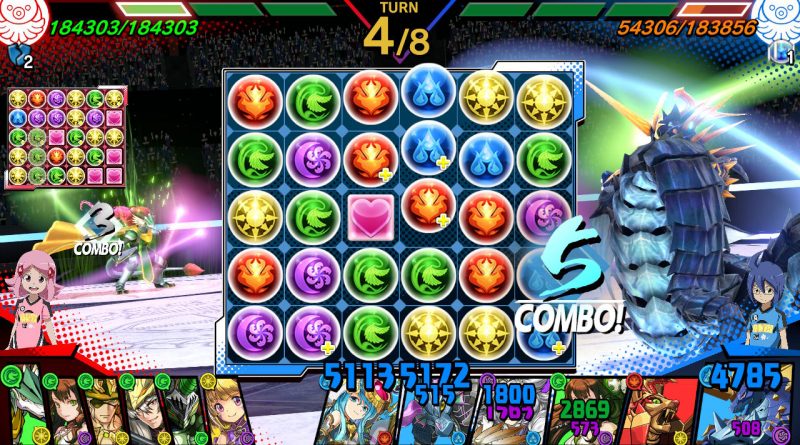 The Puzzle & Dragons franchise has been a great example of how to adapt a mobile hit into something that makes more sense on traditional gaming platforms. Puzzle & Dragons Z built a compelling progression scheme without relying upon gacha mechanics or pure psychological trickery, and Import Game of the Year 2016 Puzzle & Dragons X stepped up its depth and presentation to rival some of the best RPGs on the platform.

Which makes it that much more inexplicable how wildly Puzzle & Dragons Gold misses the mark. 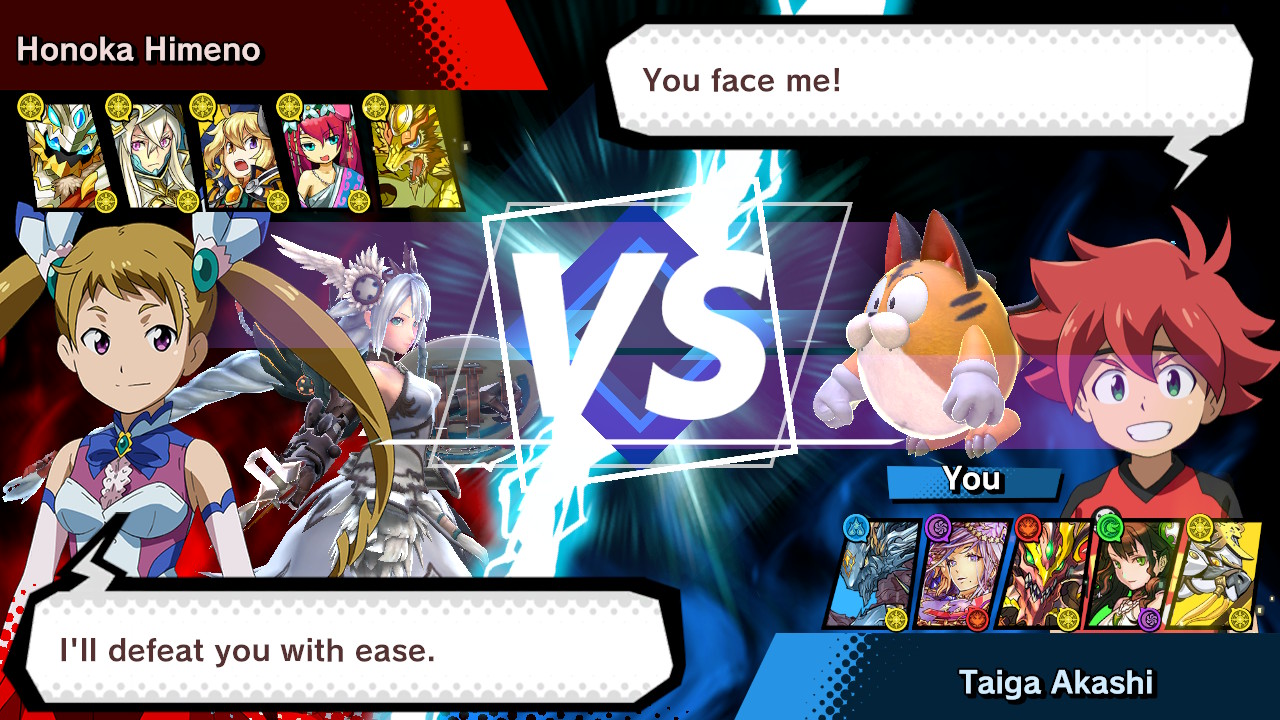 Rather than building on the work to make the gem-sliding puzzle game into a full RPG, Gold instead reframes things as an online-focused head-to-head battler. Gone is progression, a lengthy campaign or any single-player content worth experiencing. In their place, you’ll find two short stories with interspersed battles, showing a tournament from the view of two different characters, and then a straightforward list of unlockables to grab by basically just playing a lot.

The stories aren’t really worth their time, either. The writing is, well, what you’d expect from a bad Saturday morning cartoon, and there’s nothing here to make you attached to the characters. Sadly, the game makes you watch these scenes anyway, with no way to skip or fast-forward and making you start at the beginning of a whole chapter if you do ever want to leave and return. With their length, they could have served as a training of sorts for competitive play, but instead you’re basically just thrown into matches with less-than-stellar AI and left to figure things out, with the teaching component instead thrown over in a tutorial section full of painfully slow explanations. 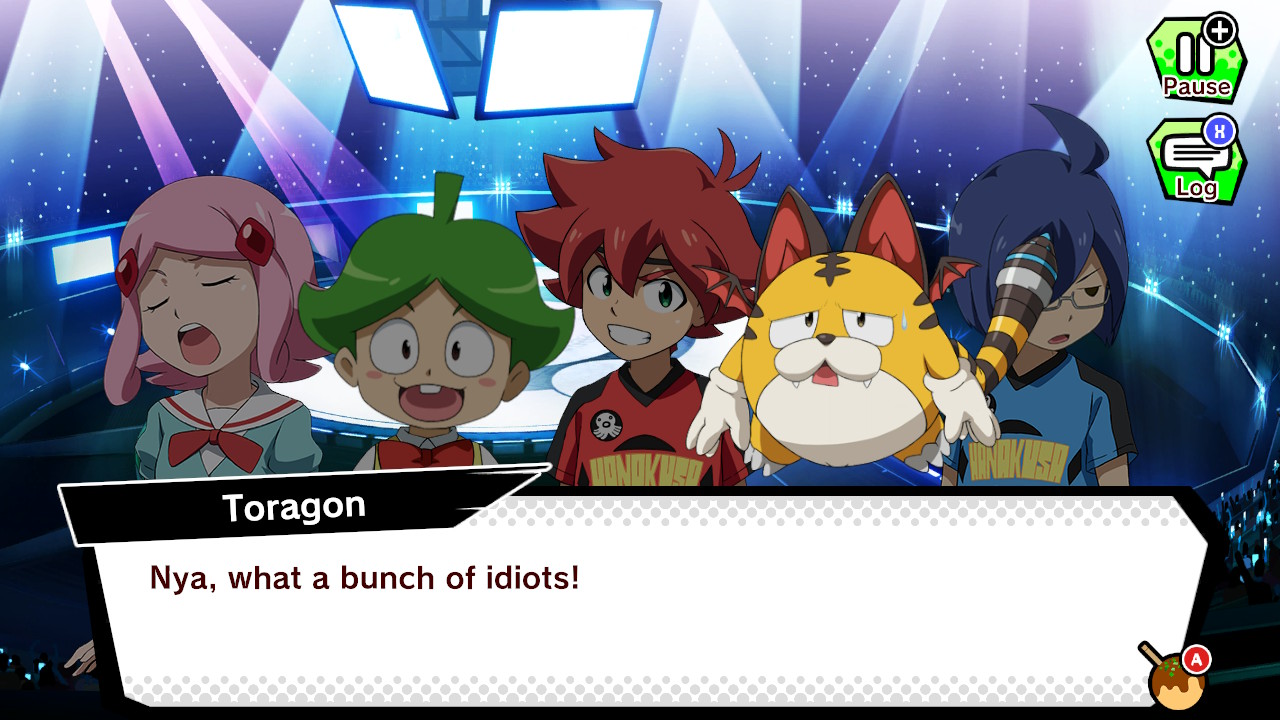 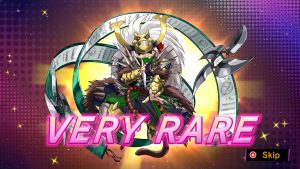 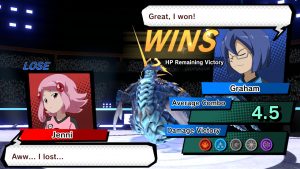 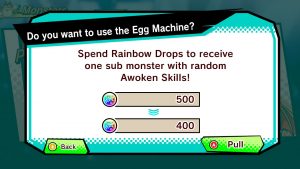 One of the most important elements that made the 3DS Puzzle & Dragons entries so successful was how you could contemplate your moves and abilities before acting to optimize your turn. Gold enforces a strict, incredibly short time limit, meaning you have to memorize your skills before you play and start moving gems without thinking. While this does speed up online play, it discourages experimentation with different abilities and also becomes infuriating when playing anything solo and getting timed out.

With all the gameplay compromises made in the name of prioritizing player-vs.-player combat, the presentation sure didn’t get the memo. Much like Pokemon Stadium, Puzzle & Dragons Gold puts the focus on making your lead unit a full 3D fighter with animations and squaring off against the foe. Of course, this game doesn’t have you really picking what they do or seeing anything interesting other than energy beams thrown at each other for a bit, and these repetitive animations end up being about half the length of a given match. 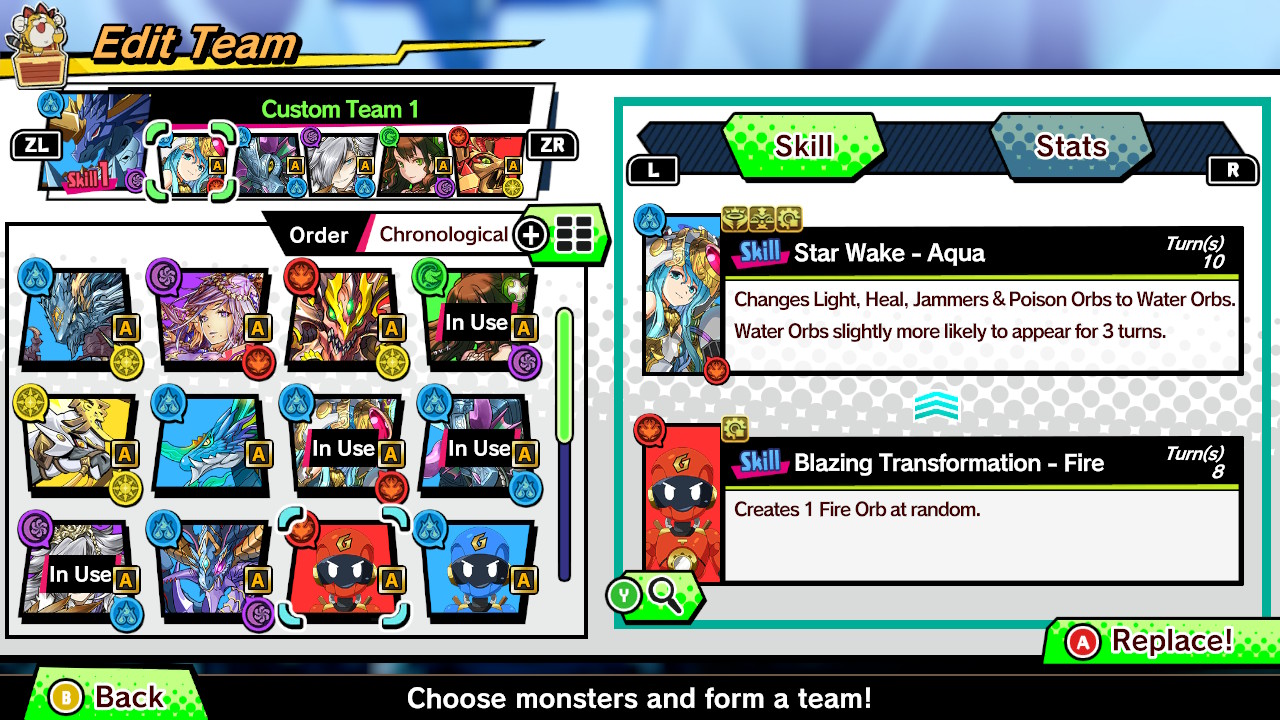 There are also some peculiar design choices that seem arbitrary and don’t help head-to-head play at all. Your health bar is divided into segments and each round’s damage is capped at whatever remains in the outermost health segment. It’s clearly a choice to make matches take longer and be less prone to fluke one-turn kills, but in practice, you’ll regularly get ahead or behind a segment or two by the halfway point and still have to go through the motions to finish a battle that’s already over. Instead, perhaps, the damage values could have been balanced, but instead, you have all these always-max-level monsters dealing incalculable amounts and prioritizing the spectacle of many digits over anything you’d call strategy.

There are three potential audiences for this Puzzle & Dragons Gold, and we’re not sure any of them are really getting what they want.

Puzzle & Dragons Gold doesn’t drop the ball entirely, at least getting some things right with online play. In our experience, there were few hiccups, and the list of options (random or setting a specific match code) is simple enough to avoid splitting the game’s already-small player base. Still, our attempts at finding matches outside of coordinating with specific people were less than stellar. 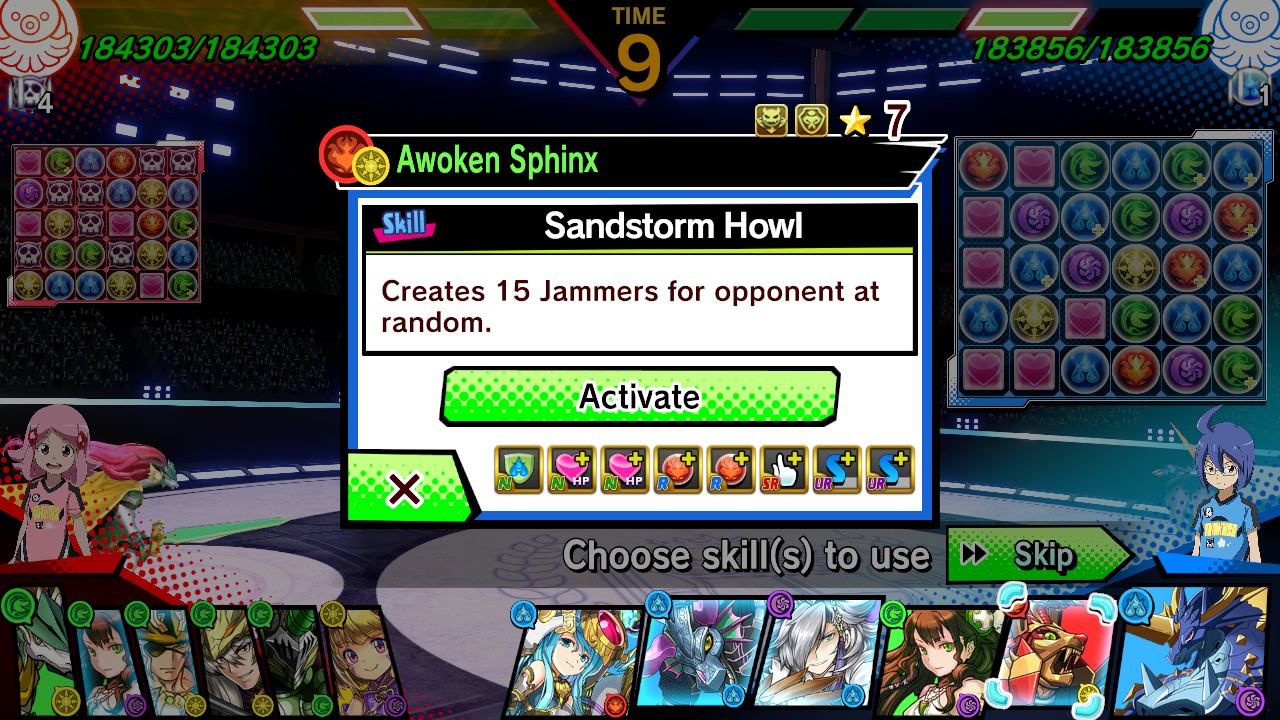 There are three potential audiences for this Puzzle & Dragons Gold, and we’re not sure any of them are really getting what they want. For fans of the mobile original, the gameplay changes, small roster and limited feature set probably aren’t enough for them to want to see some 3D dragon animations occasionally. For 3DS converts looking for another solid adaptation, essentially all of those games’ appeal has been swapped for a different approach that doesn’t suit them nearly as well. Even for fans of turning Puzzle & Dragons into an esport, the lack of skill balance, the random nature of unlocks and the straightforward decision tree for any given strategy will mean there’s not any competitive depth.

Publisher: GungHo
Release Date: January 14, 2020
Developer: GungHo
Platform(s): Switch
Questions? Check out our review guide.
A review copy was provided by the publisher or developer for this review.