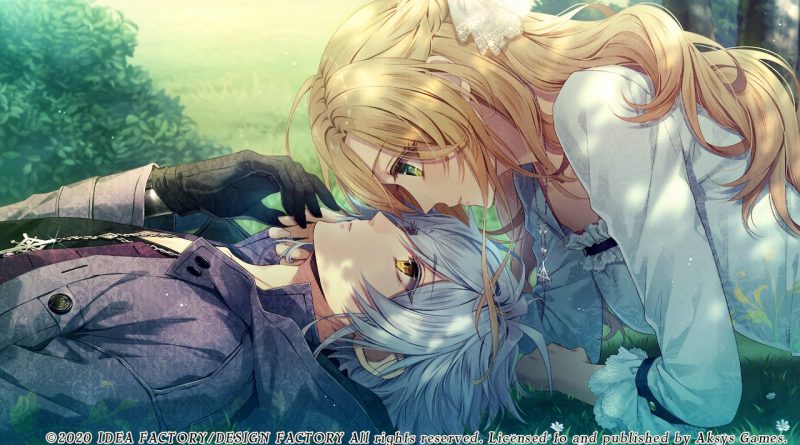 There are two companies that have become synonymous with otome games outside Japan. One is Idea Factory, the company behind the Otomate line of visual novels. The other is Aksys Games, the company best known for localizing said titles. Piofiore: Fated Memories is the latest and attempts to help increase the genre’s reach by offering more mature situations. While it does succeed, it also doesn’t feel all that different from typical otomes and might even be a bit off-putting. 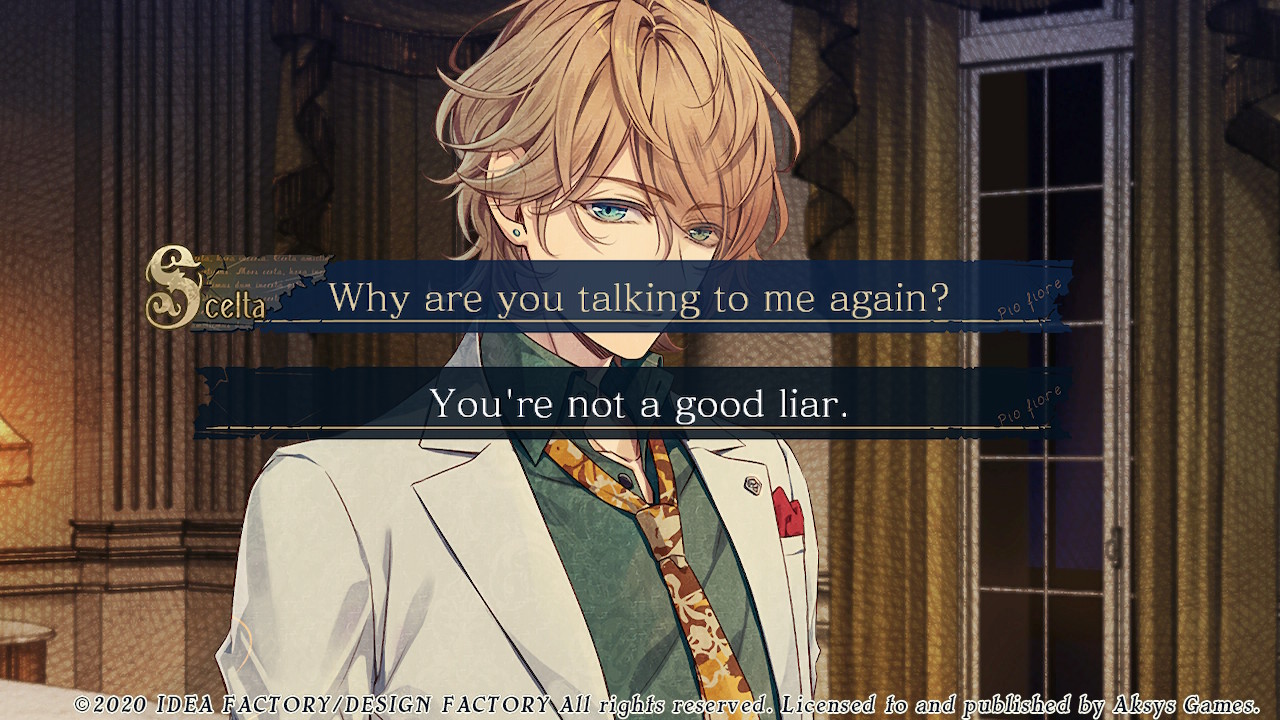 Players follow a young woman named Liliana living in 1920s Italy. To be specific, she’s in the most corrupt town in the country. Yet, at the same time, she’s probably the most innocent, naive and pure person there, due to being an orphan raised by the church. But she’s not some ordinary orphan. A birthmark means she has value to the various mob factions vying for control of the region.

It can be incredibly difficult to find the right “path” through Piofiore, which is frustrating.

This means your decisions and traits you build up, but can’t easily see, determine who takes you under their “protection” and perhaps falls under your spell. You don’t know who values what trait, until you complete the game and go to the optional Chapters section to set the affinity and trait value for respective routes to potentially see different endings. Also, given that these are all very dangerous and violent men, it is very possible that the members of the Falzone, Lao-Shu and Visconti organizations might attempt to kill each other or you if you make bad decisions. It can be incredibly difficult to find the right “path” through Piofiore, which is frustrating. 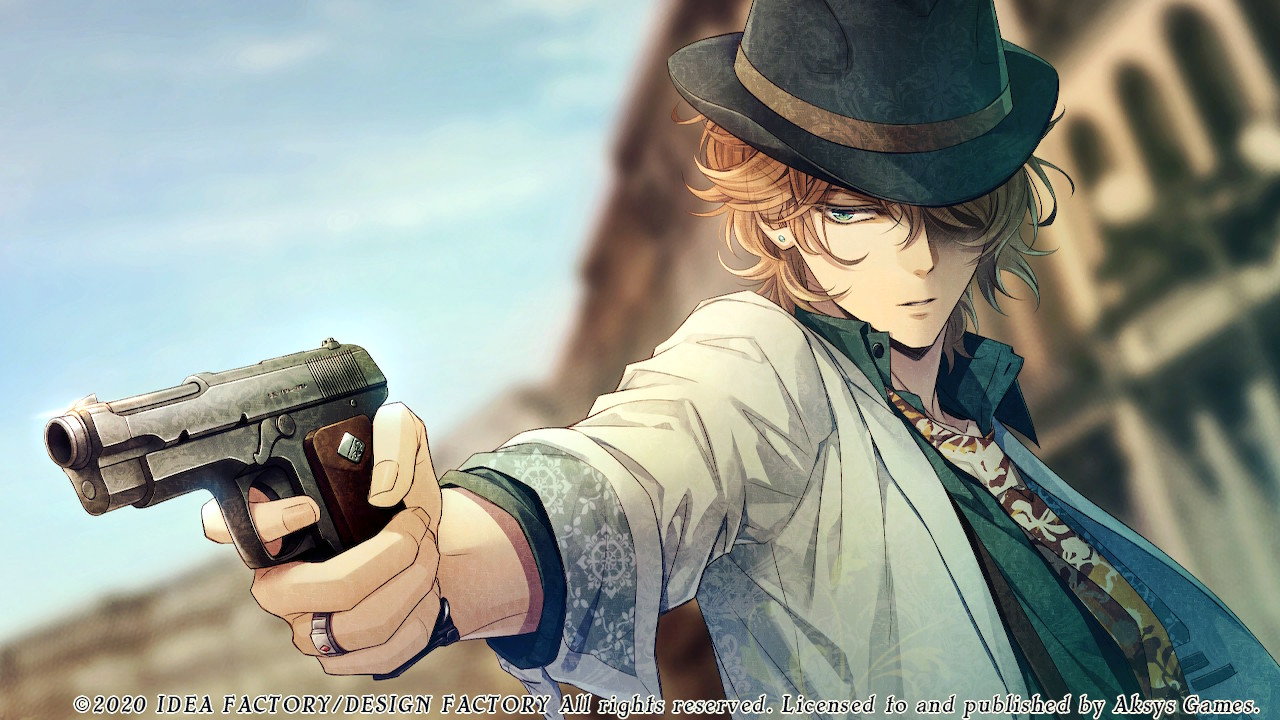 After a little time spent with Piofiore, it seems pretty clear what the objective is. Certain sorts of romances involve bad buys, the danger (and thrill) that comes from being involved with them and the possibility that maybe you can be the one to redeem them. And, given how things tend to go in many routes here, it feels like the game is playing into that. We have mob bosses and people tasked with helping them achieve their bloody, deadly goals possibly romancing you. But somehow, the heroine’s honesty, respect, tolerance, trust and wisdom are enough to get them to change their ways.

This is also one of those Otomate games where the heroine isn’t exactly proactive. Liliana (this is her default name and can be changed) would very much rather bake, help the needy or pray than go on adventures or fight. (There are also quite a few situations where picking a “fight” and not “flight” option will get her killed.) Which means a lot of the routes involve the chosen Bad Boy being surprisingly courteous and kind as he guards the commodity. Which, again, acts as another sort of romantic form of wish fulfillment where a bodyguard swoops in and makes everything okay. 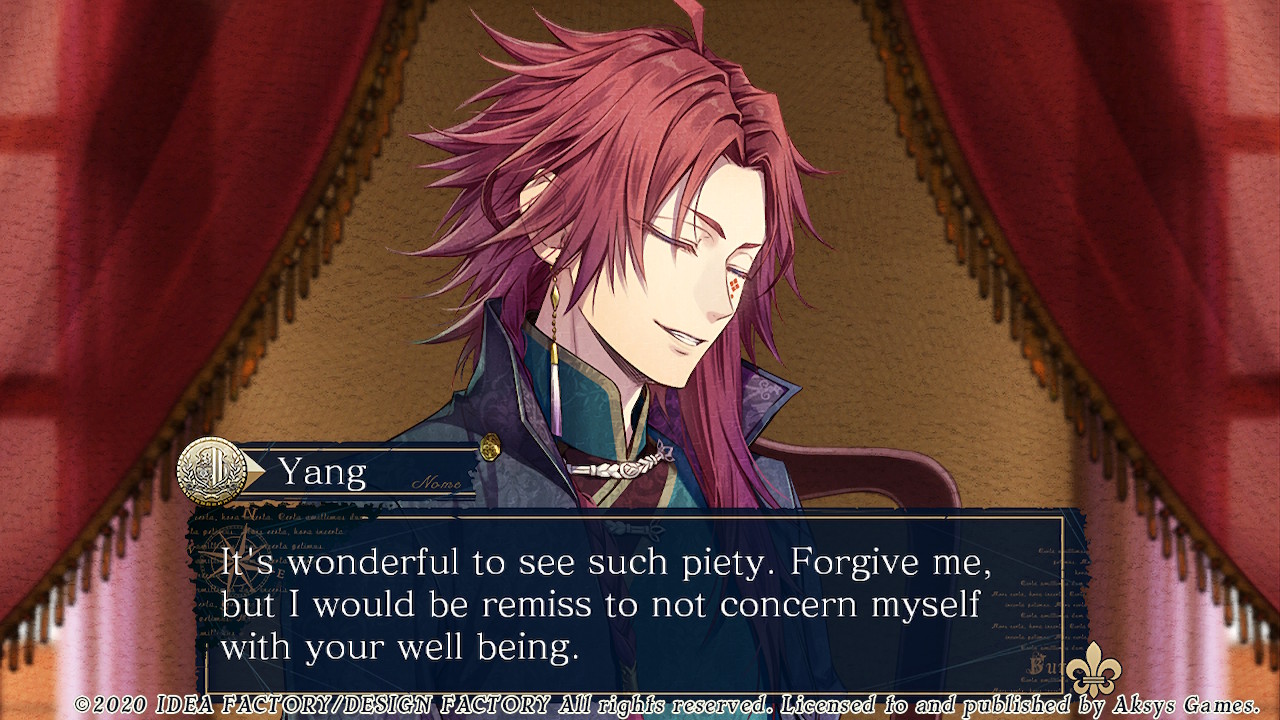 Not that it is bad at any of those things. Dante, who comes across as the “default” love interest, offers a different take on a mob boss. Nicola, his second-in-command, lets you see a bad guy who might have a heart. Orlok shows what happens when someone is basically brainwashed into a certain sort of role. Yang… well, let’s just go ahead and say Yang is a psychopath and that route in no way depicts any sort of healthy relationship. But also, because each route has certain revelations about that person, seeing them in other routes after is a bit odd because they will behave very differently.

This is especially noticeable because Piofiore is a game you have to play multiple times, so any annoyances you experience will be magnified.

This is especially noticeable because Piofiore is a game you have to play multiple times, so any annoyances you experience will be magnified. The two routes you have available at the outset are Dante and Nicola. No one else is an option until you finish one of those stories. (And even then, they have best, good and bad endings.) Once you do, you can pursue a relationship with Orlok or Yang. Then, after you dated all four, Gilbert’s opens up. Finally, there’s a finale after that. Fortunately, you do open up a Chapter unlock for a guy’s route after getting an ending, which makes it easier to unlock his other ones. 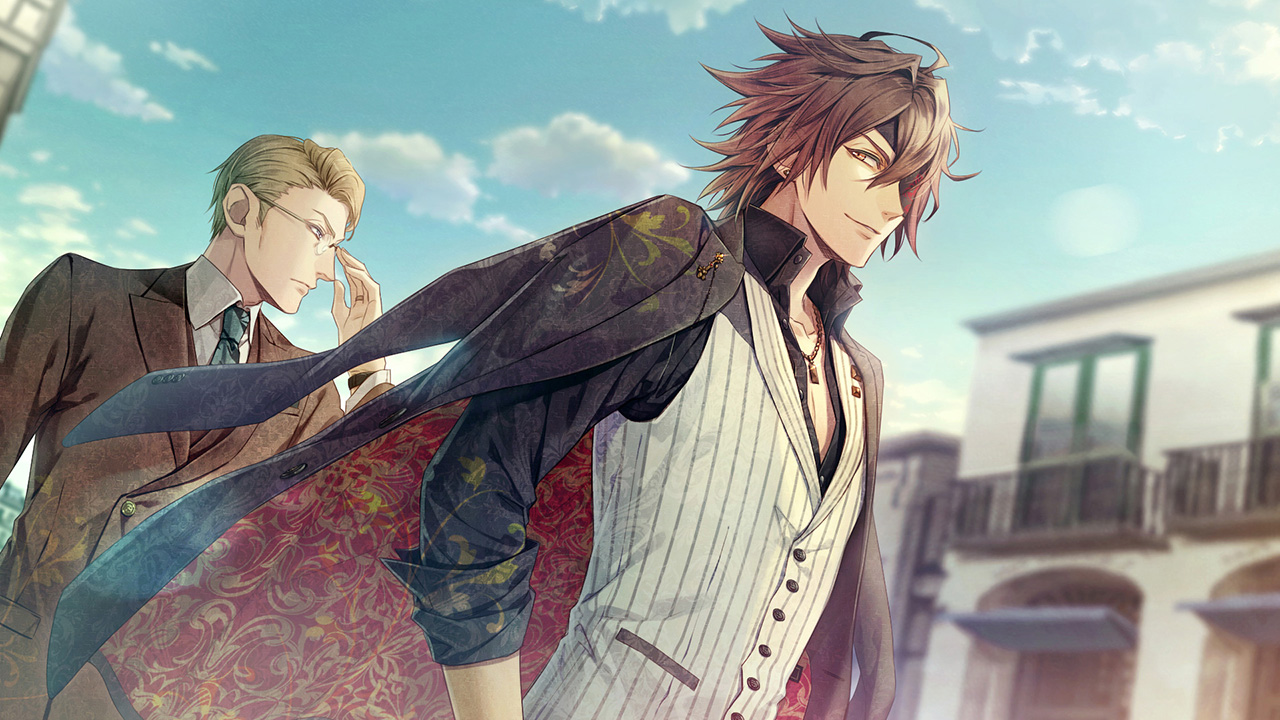 But even with the characterizations being a bit odd in other routes, Piofiore does make an attempt to at least help you understand what’s happening with its whole cast. As you go through the each route, you’ll occasionally be able to watch brief “Meanwhile” stories that show you what’s also happening from, say, a love interest’s perspective when they’re not with Lili. Which is interesting. There are also short stories you unlock after routes to provide even more information.

Still, it is all a lot to take in. Especially since Liliana is a passive heroine, there is a lot of violence, women are being kidnapped and Yang has serious issues. It’s almost overwhelming how mature it is, even if you are coming to it from one of the other “dark” otome games like Collar x Malice. 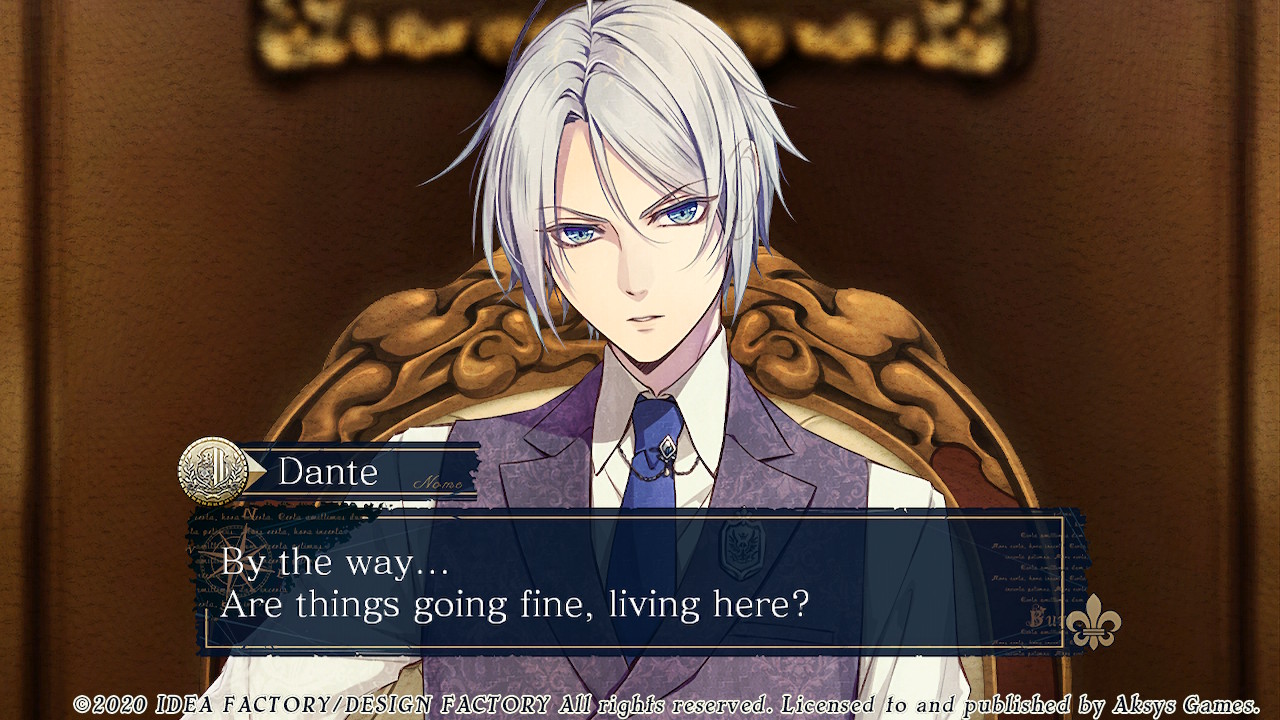 Piofiore definitely is taking a different sort of approach. It’s tapping into certain romantic tropes and running with them, which some people might find really appealing! It also offers a more well-rounded approach, since you’re seeing the same story from multiple angles and the later routes do offer more insight into what’s going on. But also, it is incredibly violent and sometimes you just want to follow the storylines you want without jumping through hoops. It’s a risk and one I appreciate Aksys taking, but isn’t going to be as universally loved as other Otomate games.