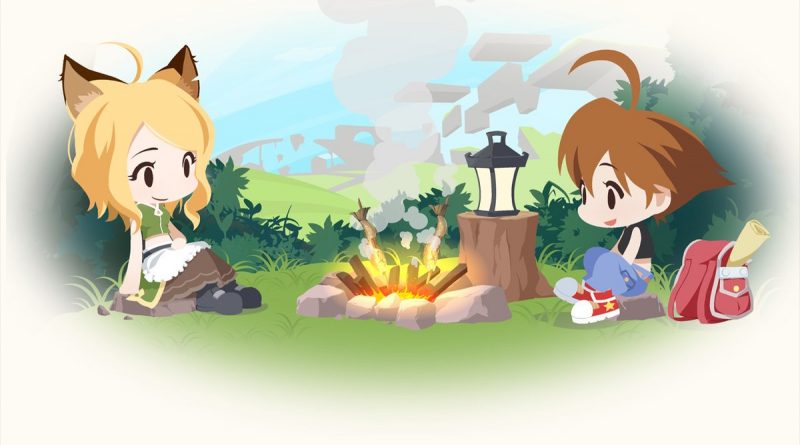 Umihara Kawase is back! By which I mean, both the physics-heavy, weird platformer series and its heroine are here again. Umihara Kawase Fresh! is heading to the Nintendo Switch worldwide, and things seem a little different this time around. Before, an installment would plop people into a strange, disjointed world, one where giant fish and frogs are ready to crush characters. All they would get is a fishing pole that functions as a grappling hook and means of pulling enemies into a surprisingly deep backpack. But with this new installment, players could be looking at one of the most enlightening and inviting entries in the Umihara Kawase series.

Umihara Kawase Fresh! begins by introducing us to Umihara. This, in and of itself, is quite a sign of progress. In other entries, we are left to assume our heroine’s name and motivations for going through these unaccommodating locations. But here, we know that this is a traveling young woman who has always dreamt of the odd town she shows up in every game. When she finally comes across the exact place of her dreams, she decides to settle down for a while and become a part of the community while she figures out why she has a map of the place and what drew her there. It’s a sense of progress, since the game takes the time to establish her. 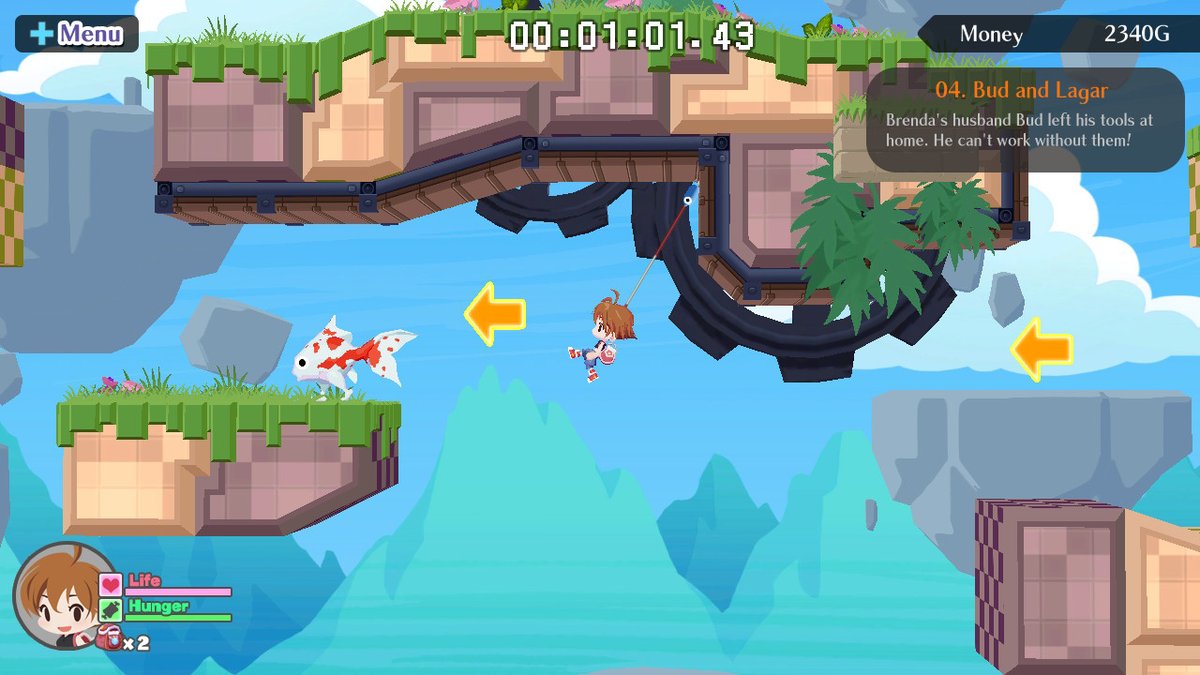 Umihara isn’t the only one getting a bit of background. The whole area is too. While we don’t know why giant fish and anthropomorphic acorns are wandering around floating islands occasionally peppered with steel spikes and moving mechanical parts, the area is now inhabited by more peaceful people! There are lots of people also living here. Umihara ends up employed by the town’s innkeeper, Ms. Silvy, which leads to her performing deliveries. In the demo, each of the ten missions have you learning the lay of the land and helping people out by taking items from point A to point B. Essentially, Umihara Kawase Fresh! ends up feeling like a giant fetch quest, with each task offering new challenges.

The general gameplay in Umihara Kawase Fresh! remains unchanged. Umihara must rappel and parkour around the environment, using the power of momentum and physics to reach new heights. The D-pad allows people to send out the fishing line up, down, left, or right, while pressing the left and right trigger buttons sends out the line diagonally. Arrows in each area help you get a general idea of where you need to go to advanced. Cooking and gathering materials can be a big deal this time, which means part of each excursion can involve collecting highlighted items.

In a way, Umihara Kawase Fresh! might feel a little more like a roguelike. Umihara has a hunger gauge. If that depletes, her health will gradually go down. When you explore the world, you can come across campsites. Using camping gear turns that into a checkpoint from which you can restart a level if you fail at any time during it. Food can be crafted when Umihara has collected enough ingredients, with recipes doled out by people like Ms. Silvy after completing certain quests. Eating food restores hunger and provides some sort of status buff that will give her a better chance of surviving. 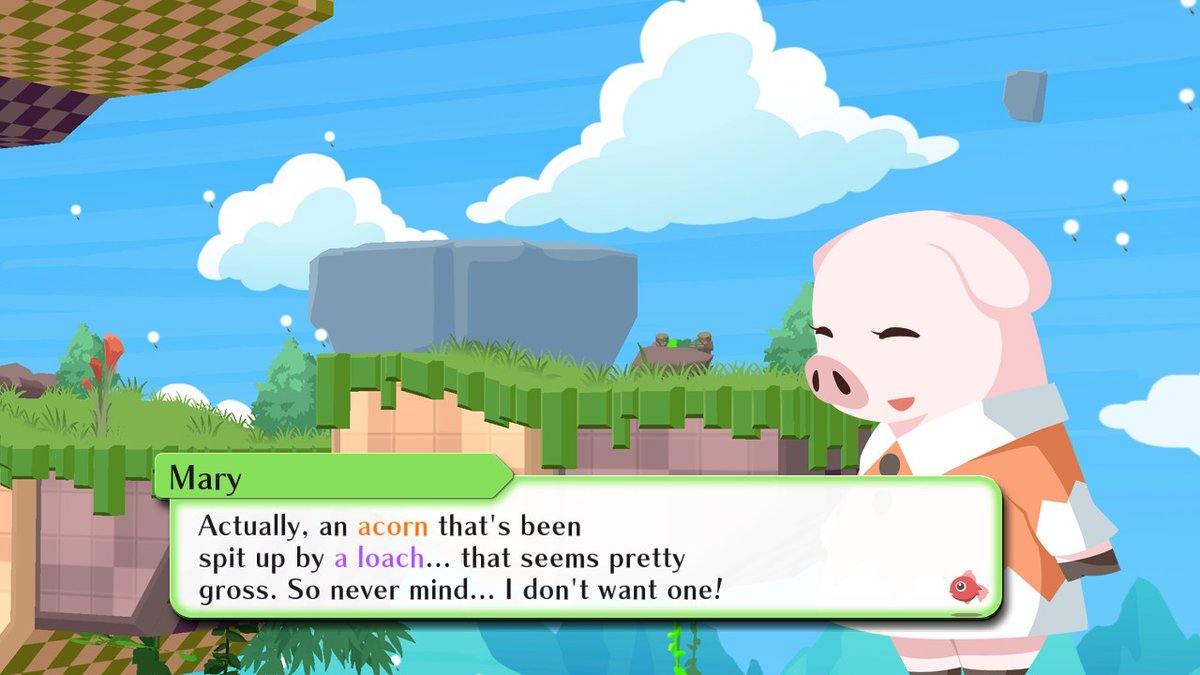 For people who want a more traditional experience that doesn’t involve food, there is a Time Attack mode. When you beat a stage in the campaign, it unlocks for this supplemental mode. These runs don’t allow items to carry over between quests, there is no cooking and they let you upload your times to a leaderboard. It feels more like the original Umihara Kawase games, though there are still convenience features like the arrows directing you to specific locations.

It feels like Umihara Kawase Fresh! has a greater sense of purpose. We know who Umihara is and why she is going around this unconventional area. There is a mode that has quality of life adjustments that make things easier to understand and gives people better odds of survival. For people who appreciated the older games, the Time Attack mode does a good job of calling back to past titles. It seems like this installment could be one that really helps people learn how to properly wield their fishing poles and traverse floating islands.

Umihara Kawase Fresh! will be available on the Nintendo Switch worldwide on April 25, 2019. The demo is immediately available in Japan.