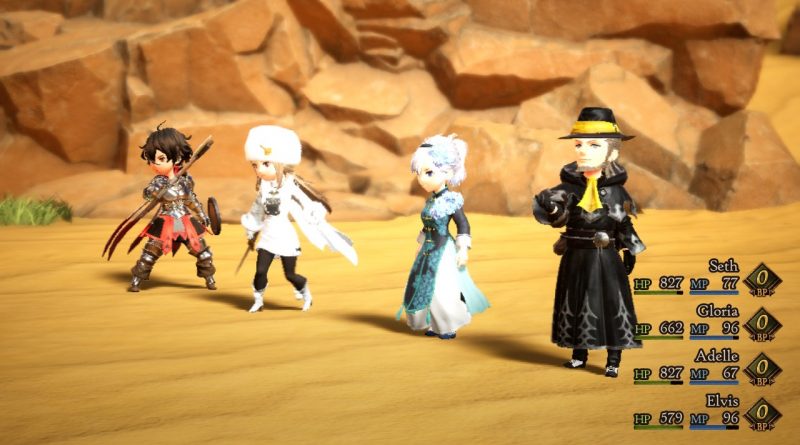 The Bravely series and its precursor, Final Fantasy: The 4 Heroes of Light, cemented themselves as comforting JRPGs for Nintendo handhelds. People could count on their fanciful stories that called back to a time where Square Enix games were all about crystals and gameplay that involved finding a good combination of job classes to propel you to success. With the Nintendo 3DS’ demise and the Nintendo Switch’s skyrocketing success, people might have wondered what was next. Well, 2019 revealed Bravely Default II would bring the IP to the console in 2020, and the March Nintendo Direct Mini brought with it a demo. While it doesn’t reveal anything extraordinarily different, it does show this is still JRPG comfort food. The familiar formula will be coming back.

While the Bravely series has always been rather story-heavy, focusing on the characters we meet and the world they inhabit, the Bravely Default II demo doesn’t spend much time on world building. Yes, we learn the royal family of Musa was in charge of protecting the four elemental crystals, until an attack left them stolen and charged Princess Gloria with reclaiming them. Instead of helping to set the stage and introduce the other three cast members, which consist of a sailor named Seth, a researcher named Elvis and a mercenary named Adelle, this trial picks up in medias res. 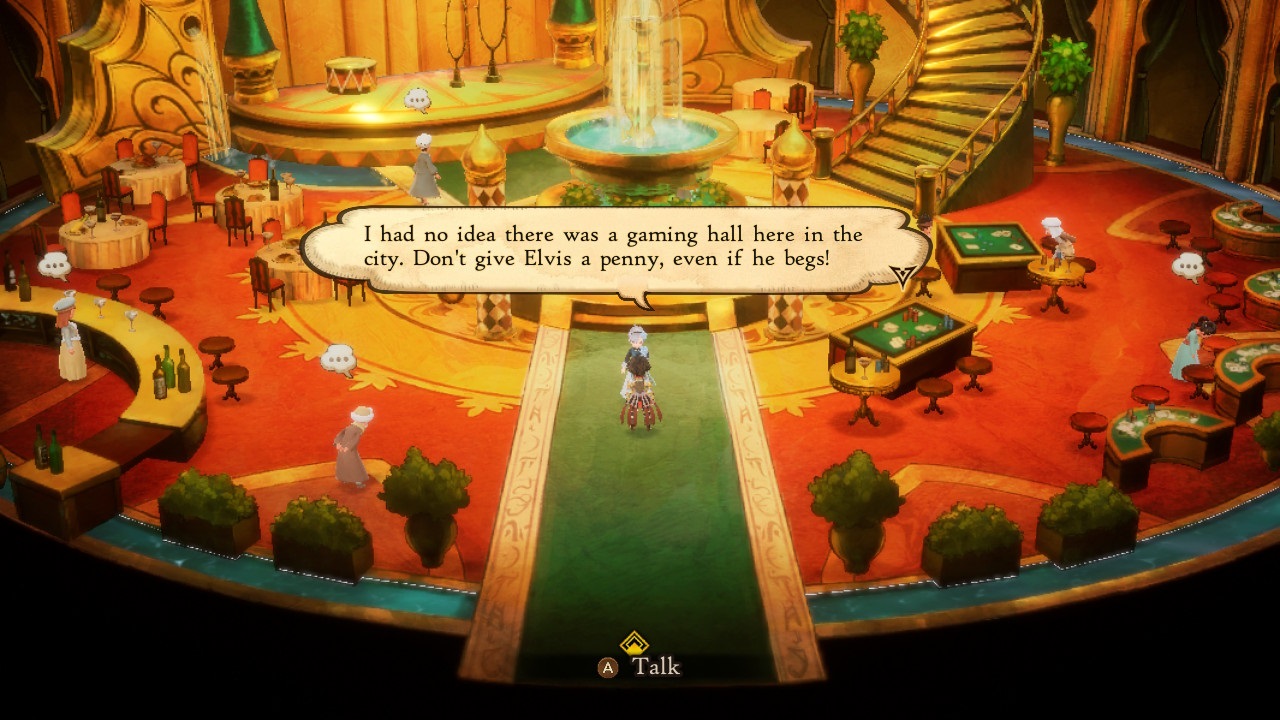 Don’t worry about how these people know each other or why four seemingly unrelated people are already traveling together. Accept that they get along and do. It isn’t bad, and hopefully such relationships will be developed in the full game. It just doesn’t help make the Bravely Default II demo as welcoming as it could be. The motivation to play is coming from other experiences, rather than the opportunity to get to connect to these folks.

Instead, we are asked to focus on two things here. One is to see how crystals alter the world in this installment. Past Bravely games showed what could happen when disruptions occurred. For example, the wind would “die” due to the absence of its corresponding crystal. Here we see the harmful effects of a crystal’s appearance where it shouldn’t be. Savalon is a desert town that is slowly, but surely, turning into its own version of Venice. Despite its location and notoriety as an oasis, things have gotten out of hand due to the presence of the water crystal at some nearby ruins. Massive flooding is underway, and it is up to the party to attempt to restore the balance. It’s intriguing and effective, because it is letting us get an idea of the crystal’s potential for evil, as well as good.

The real attention here is on the battle and job systems. The Bravely Default II demo gives you five jobs to sample. One is the default Freelancer role, which each person is using as a main job the moment you hop in. The other four are assigned to people in a sub-job role. The main job is the one that earns points, and thus new skills, as you level up. The sub job is there for you to tap into its abilities when it is also equipped. In this situation, everything is in a basic state and you’re encouraged to swap people to new roles right away. Certain jobs seem like they might be “ideal” for certain people at the outset. (Gloria has White Mage as a sub-job, while Seth has Vanguard as his.) But it’s here to show anyone could be anything you wan. Things beginning as they do makes it feel like you have a blank slate to experiment with. 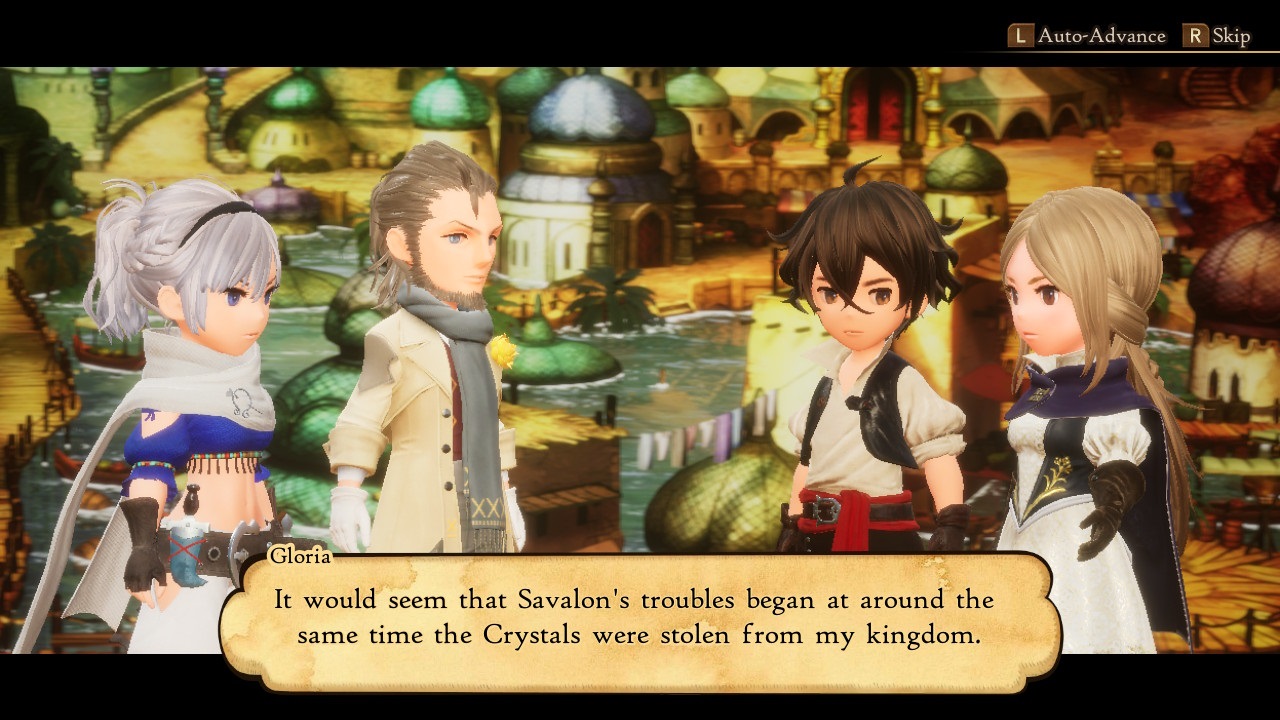 The other element very much on display is the battle system. The Bravely Default II demo gives you plenty of opportunities to fight. In many cases, it is for your life from the moment it begins. Enemies appear in the field, so there are no random battles. When a fight begins, they have the same options as you. You all can use Brave to perform multiple actions in a single turn, thus pushing subsequent turns back, or you can Default to defend and save up turns for a later period of time. The foes are far stronger than you’d expect from a simple trial and do have weaknesses to exploit, already encouraging people from the outset to take advantage of the risk/reward system in the hopes of wiping hordes out before they even get a turn in.

All of it feels incredibly familiar. If people have played Bravely Default or Bravely Second, there really aren’t any surprises in the Bravely Default II demo. It has a similar look, the battles proceed in a similar fashion and the job system is old hat. None of this is bad. Rather, it could end up being something soothingly familiar as people adapt to the series on a new system.

Bravely Default II will come to the Nintendo Switch in 2020.