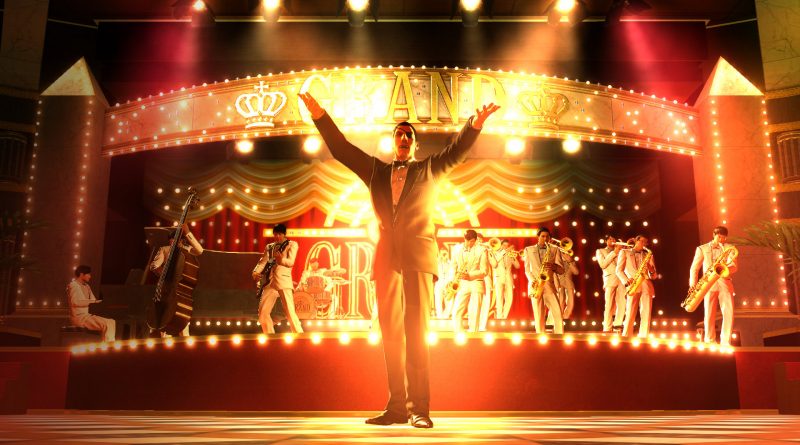 2017 is a big year for the Yakuza series! Yakuza 0 was released back on January 24, and now Yakuza Kiwami is coming to the PlayStation 4 on August 29. Now is the perfect time to get into the series. But before people do, they may be wondering what they should know about these games. Cue an extensive explanation! 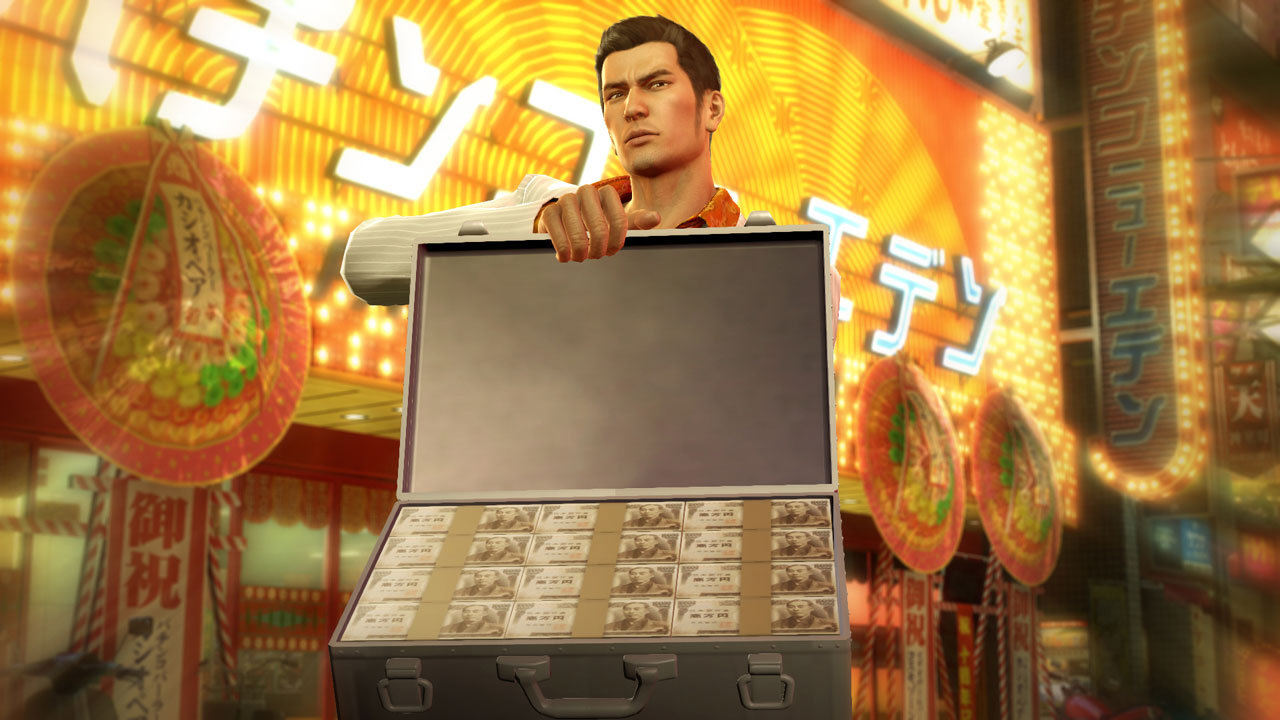 Before we start talking about Yakuza, the game, we should talk about yakuza, the group. Put simply, it is a series of Japanese crime syndicates. You could compare them to the mafia, in that there are different clans and families, each with their own hierarchies and territories in Japan. They have their own rituals and codes, as well as guidelines regarding what kind of operations in which their members engage. Getting elaborate, often full-body tattoos, is one of their most notable rituals, as is the yubitsume, where part of a little finger is cut off after an egregious offense as an apology or show of penance.

The Yakuza games are about imaginary families, but display some of these same qualities. There are different families interacting with one another, fighting over respect that is or isn’t being shown, territories, and other various events. Their businesses include casino management, hostess club ownership, loan sharking, and protection rackets. Many of the major characters, like Kazuma Kiryu and Goro Majima, have such tattoos. We also see a member of the one of the in-game families perform yubitsume. 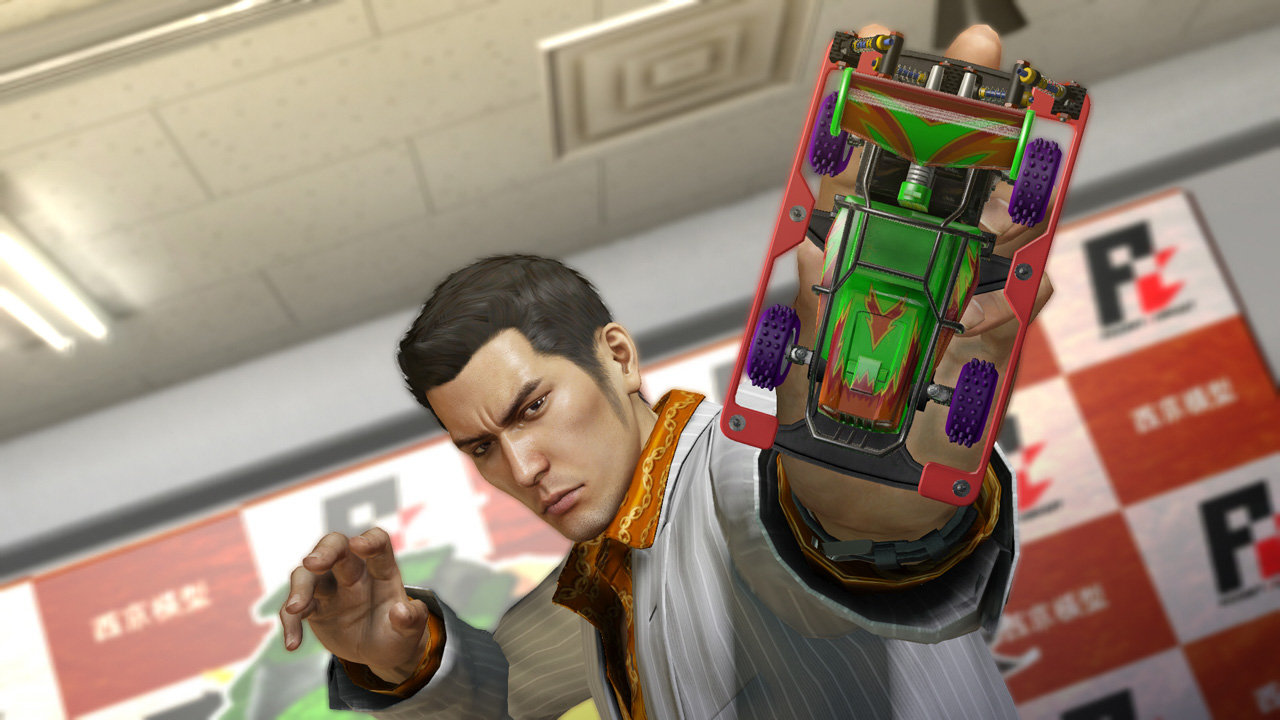 Who is Kazuma Kiryu?

Kazuma Kiryu is the star of nearly Yakuza game, despite no longer being a member of the yakuza in pretty much every installment. Nonetheless, his time spent with the Tojo clan, during which he rose to the rank of Lieutenant Advisor in the Dojima family and reached the cusp of forming his own family, has come to haunt the rest of his life. As Michael Corleone said in The Godfather: Part III, “Just when I thought I was out, they pull me back in.”

As a character, Kiryu is rather stoic. He is determined to do things the honorable and right way. This means sometimes taking the more difficult path, one that puts him in danger, in the name of protecting those who matter to him. There are many instances where Kiryu won’t let himself be goaded into fights for the wrong reasons, but he often finds himself pulled back into yakuza affairs because he wants to prevent wars or protect other people’s way of life.

Basically, he is a good and honorable man, which is a bit ironic considering his line of work and reputation. 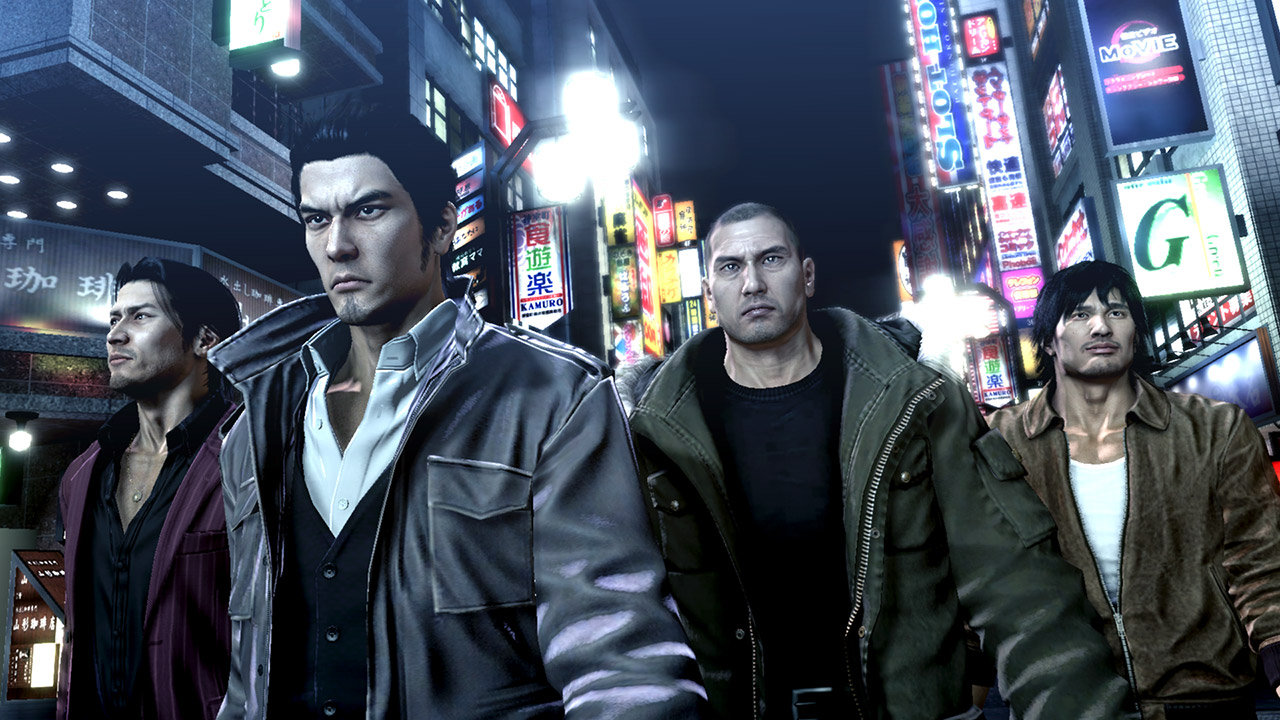 How many main series Yakuza games are there?

There are actually nine games in the main timeline, though one is an HD remaster and another is a remake. Given that we’re on the verge of Yakuza Kiwami‘s launch, the entry that is a remake of the original game, that is a good place to start. Though, someone could also begin with the recently released Yakuza 0, then move on to Yakuza Kiwami and the other installments. Even if you take your time, you should be finished with all of them by the time Yakuza 6: The Song of Life is released in English in January 2018!

We’ll go by English release dates for this listing, since so many of the Yakuza games have actually been localized!

Yakuza 0 is a prequel that sets the stage for all other games. Its storyline follows two characters, Kiryu and Goro Majima. Each one is attempting to rise through the ranks of their respective families, but finds themselves faced with rather daunting circumstances. Since both characters are currently in the mafia, they will be running side businesses along the way and using cash to add to their fighting repertoire.

The original Yakuza shows how Kiryu went from The Dragon of Dojima to one of the most hunted men in the city. After the head of the Tojo clan is killed, Kiryu takes the blame. This leads to him being expelled from the family and sent to prison for 10 years. When he gets out, he finds everyone is out to kill him for his alleged actions and his lost love’s daughter, Haruka, is being hunted and in need of a protector.

Yakuza Kiwami is a remake of the original Yakuza. In Japan, it is available for the PlayStation 3 and PlayStation 4, but it is only coming to the latter system worldwide. In addition to new textures, a higher framerate and better resolutions, a Majima Everywhere system and additional storyline material have been added to make the experience more clear and comprehensive.

Yakuza 2 sees Kiryu getting involved in the Tojo clan’s affairs again in an attempt to see the right man installed as its head after the current Chairman, Yukio Terada, is assassinated. Unfortunately, Kiryu’s pick, Sohei Dojima’s son Daigo, and the Omi family’s Chairman, Jin Goda, are kidnapped. It is up to Kiryu to get involved for the sake of Kamurocho and both families.

Unlike the more elaborate Yakuza Kiwami, Yakuza 1 & 2 HD is simply an HD remastered of the two games bundled together for the PlayStation 3 and Wii U. It has never been released outside of Japan. However, the 2013 Wii U release is notable for being the first appearance of the series on a non-PlayStation system.

Yakuza 3 may feel a bit different to people, because the story isn’t totally set in and around Kamurocho. Kiryu is living with his adopted daughter, Haruka, and running Sunshine Orphanage, in Ryukyu, a fictional city allegedly in Okinawa. To keep the orphanage’s land from being turned into a resort and save Chairman Daigo Dojima’s life, Kiryu must dabble in yakuza affairs and earn enough money to save the orphans.

Things take quite a twist again in Yakuza 4. Instead of one protagonist, Kiryu, we have four. Yakuza are causing trouble in Kamurocho again. After someone dies on the Tojo clans territory and kicks off a series of murders, Kiryu, a loan shark named Shun Akiyama, a detective named Masayoshi Tanimura and a former Sasai family member named Taiga Saejima, are pulled into a series of events kicked off years before in 1985 by Saejima. The game begins with chapters following the perspectives of multiple heroes before pulling them all together.

Like Yakuza 4, Yakuza 5’s story is told via multiple perspectives. In a first, one of these is a woman! It’s Haruka Sawamura, Kiryu’s adoptive daughter. It is also set in five different locations inspired by places in Japan. In addition to Kiryu and Haruka, Akiyama, Saejima, and a former baseball player named Tatsuo Shinada share the spotlight. The Tojo clan and Omi Alliance came to a truce after Yakuza 4, but that is in jeopardy since Tsubasa Kurosawa, the Chairman of the Omi Alliance, is dying. When Daigo, the Tojo chairman disappears, the lives of all five of these people are affected in various ways.

Set three years after Yakuza 5, Kiryu emerges from prison to find Haruka has a newborn son and has been injured in an accident. It seems it is up to Kiryu to care for the baby and have even more dealings with various yakuza families. 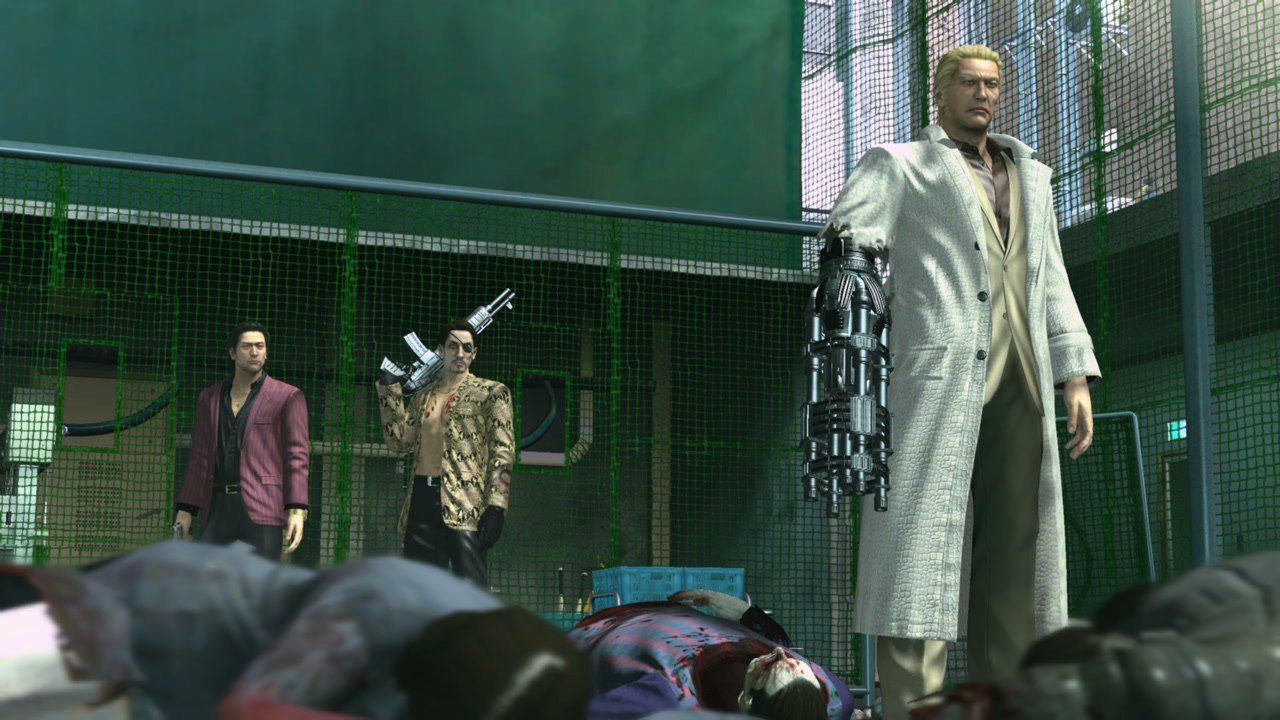 Oh boy, are you in for a treat. When Yakuza spin-offs appear, things get crazy. There are no holds barred. Sometimes, it heads way back to the samurai days. Other times, zombies appear. It’s madness, but in a good way. Unfortunately, most of these were never released outside of Japan.

Sometimes, game series like to do throwbacks and suddenly get all historical. This is exactly what’s going on in Ryu ga Gotoku Kenzan. In 1605, a former samurai named Miyamoto Musashi has retired to become a yojimbo sword for hire under the name Kazumanosuke Kiryu. (If you guessed he looks like Kazuma Kiryu, you would be right.) When a little girl named Haruka comes to hire him to kill someone claiming to be Miyamoto Musashi, he accepts her request. It is essentially Edo era Yakuza.

Kurohyo: Ryu ga Gotoku Shinsho features entirely new characters. After being framed for an attack on another boy, Tatsuya Ukyo finds himself as a dropout barely getting by in Kamurocho with his friend Tenma and sister, Saeko. After getting involved with a robbery involving a Kuki clan loan shark and believing he murdered Naoki Toda, one of its members, he ends up needing to win 10 fights in an underground tournament, Dragon Heat, to keep the gang of the man he killed from turning him in to the police.

Oh no! There are zombies in Kamurocho! Whatever will people do? Well, fortunately for them, this is no ordinary city! Kiryu, Majima, Akiyama, and Ryuji Goda step up to fight them off and save the day. Instead of fighting mobsters, you are fighting the undead.

Set shortly after Kurohyo: Ryu ga Gotoku Shinsho, Kurohyo 2: Ryu ga Gotoku Ashura hen starts with Tatsuya as a professional boxer. When the Ashura gang tries to take over the Dragon Heat and cause trouble in Kamurocho, Tatsuya finds himself pulled back into the conflict.

Ryu ga Gotoku Ishin! is a spiritual successor to Ryu ga Gotoku Kenzan. It follows Ryoma Sakamoto (who looks almost exactly like Kazuma Kiryu), a man who takes the name Hajime Saito and becomes Captain of the Shinsengumi’s third unit in order to infiltrate the group and find his foster father and mentor’s killer. Oh, and one of his friends is Souji Okita, who happens to look just like Goro Majima. Basically, it is Bakumatsu period Yakuza.