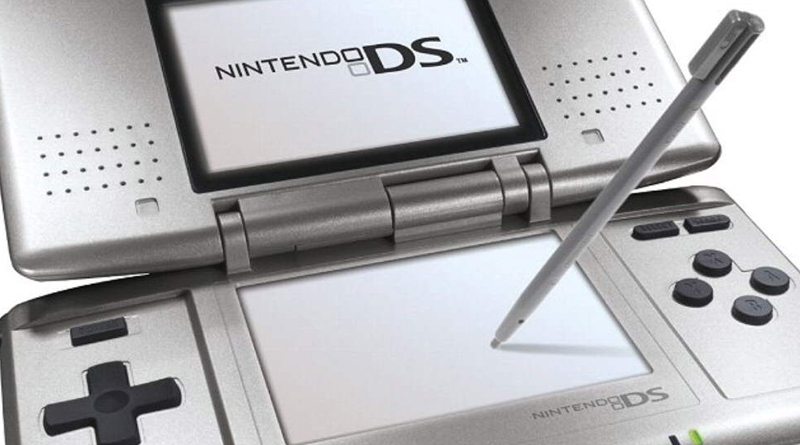 Nintendo’s first foray into dual-screen gaming was a phenomenon, a staple in the scene for almost a decade. And you’d better believe that there are a host of great imports on it, too! Here’s our guide to getting the best the system has to offer.

Before you get too far, here are a few helpful things to know about DS importing:

Game cards are region-free. Welcome to the paradise. (Um, mostly.) There are a tiny handful of DSi-Enhanced games that don’t work in other regions unless you play them on a Lite or original DS model, but frankly the good ones of those were released everywhere.

The era of DSiWare is over. There are a few interesting import-only digital offerings on the system (though not many), and you can get those. Um, on a Japanese 3DS. Just do that. We have a guide that should make you want to have one of those anyway.

Fan translations exist. This list of recommendations is going to focus on those games you can just import and throw in your system without issues, but that community has been doing work, some of it very good. 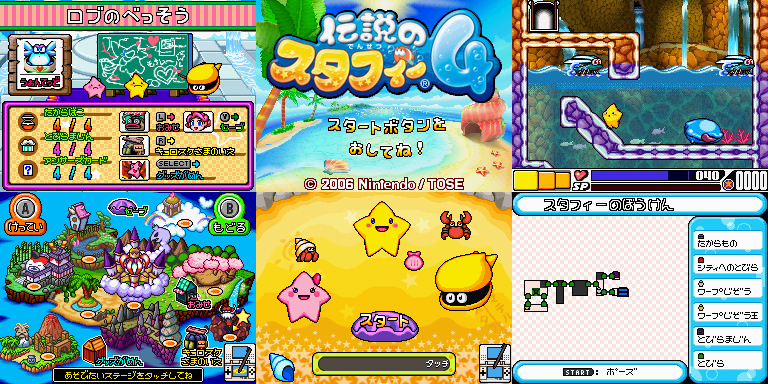 The Starfy series is a bit of a mascot around here: it made a very brief appearance in the West, but most of its releases were Japan-only and on region-free systems. They’re all generally import-friendly, and what’s more, they’re all adorable. The fourth game is a great example of what makes our little starfish-like buddy so much fun. See it in action, if you’d like! – Graham

If you’re at all into import games, you’ve probably heard of Ouendan, the rhythm-cheerleading series that morphed into Elite Beat Agents in the West. It isn’t the cheapest since it’s far from a hidden gem, but Ouendan 2 has a robust lineup of songs and some gameplay refinements that weren’t seen in EBA. – Graham

The age of casual touch-screen games began with the DS, and a great example of this is Touch Panic, a game about moving puzzle pieces to get marbles to their destinations. It’s the origin of a gameplay style that showed up as one of the 51 entries in the newest Clubhouse Games compilation! But there’s a lot more to it in this first incarnation. Check out our video for a better look at it! – Graham 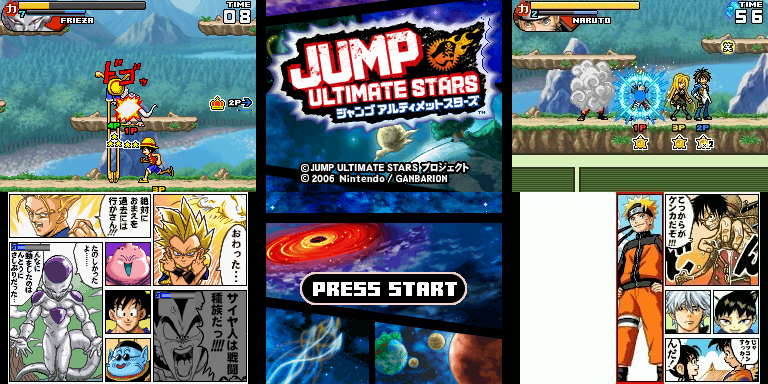 It’s Super Smash Bros. with all your punchin’ favorites from classic manga! Shonen Jump’s properties all mash up in what’s definitely the biggest, best game to never leave Japanese shores. (Licensing isn’t easy.) It’s all kinds of fun to build out your comic page with different-powered characters and beating your opponents off the screen! (Check out our video.) – Graham

Nodame Cantabile was a manga, anime and live action drama series about Shinichi Chiaki, a university student who wants to become a conductor, and Megume “Nodame” Noda, a young woman studying piano. Seems like a perfect fit for a rhythm game, right? It absolutely is. Players get to go through a number of classical music pieces, tapping on the touch screen to help Chiaki conduct the various pieces. You don’t have to know anything about the characters to savor these songs. – Jenni

It’s hard to beat Jupiter’s cornerstone Picross series, but this culmination of Hudson Soft’s efforts comes closer than anything else. There’s standard nonogram solving as well as the increasingly-common color variant that brings a lot of depth and complexity to its puzzles. It missed its window to the West when the Brain Age fad waned and Hudson became absorbed into Konami, but it’s certainly worthy of your time. – Graham 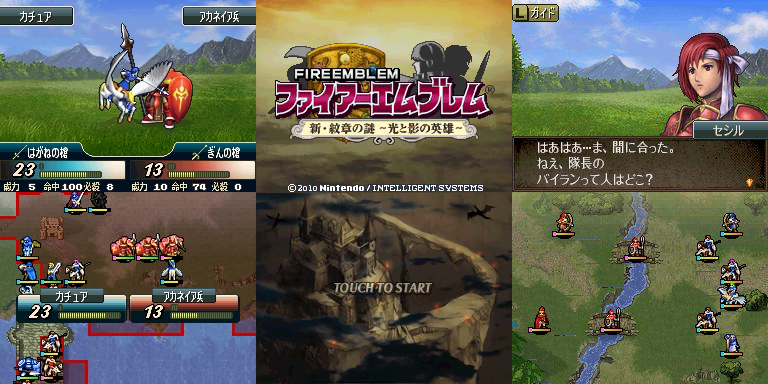 The missing link for many Western players between the “classic” Fire Emblem era and Awakening, this game adds a customizable player avatar character, “casual” difficulty and a host of quality-of-life extras to the mix. Also, hey, it’s just a great game! A note, though: the game’s DSi-enhanced features mean it’s region-locked on 3DS and DSi systems. – Graham

The follow-up to Retro Game Challenge was doomed to never leave Japan for two reasons. First, one of its faux-retro games is incredibly text-heavy. Second, well, people didn’t buy the first game. Still, even without the (excellent) translation patch, most of the game’s enjoyable without worry about language, as was so common in the days of the ’80s home market. Text? Nah. Just gameplay. Gameplay and a mad demon polygon king who yells at you sometimes. – Graham

This game’s the weird sort of one you may be looking for when seeking out import curiosities. It’s a “trainer” game in the Brain Age genre, but the skill it trains is that of playing classic games! And Bandai Namco has the back catalog to make it work. See our video for more. – Graham

While the DS never saw a Mario Golf installment, it did, eventually, offer a competitor to the PSP’s Hot Shots! This late-life Power Pros game offers some fun courses, solid controls and a comfortable, familiar golfing formula. Check out our video! – Graham 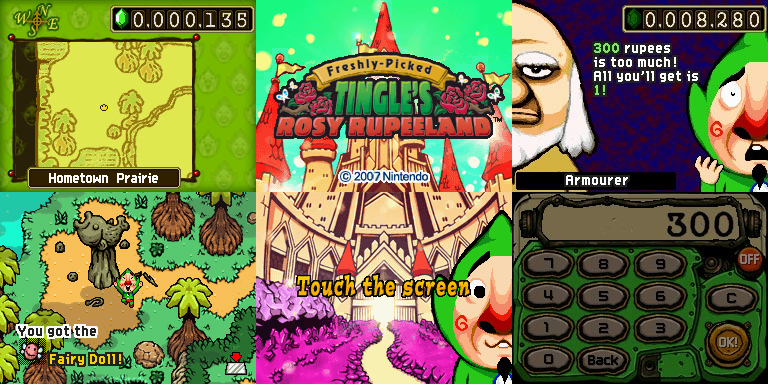 The DS was such a worldwide smash that most games got localized! Just not always in North America. Here are the best Japanese games you can totally play in English if you import from, well, the other direction.

Tingle’s weird. And we like weird around here. This game’s got tons of personality and quirk,
and a colorful look that carries it through its whimsical quest for, well, lots of rupees. The Balloon Trip-based sequel recently got a fan translation, but this one’s available through official channels! – Graham

If Jump! Ultimate Stars‘ language barrier is too much for you (or you’ve played that game and just want more), check out this very similar release. It was localized in a few European territories only, but its smaller roster of One Piece favorites can still bring a lot of enjoyment. – Graham

Hey, a direct sequel! If you liked Hotel Dusk, you should check out this follow-up that’s every bit as good as the original. That’s… it! We’re not spoiling anything. Just know it’s good. – Graham 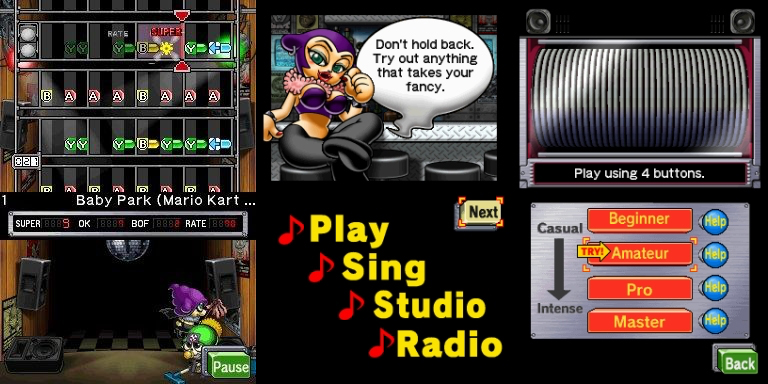 Jam with the Band

Boy, there are a lot of import-only rhythm games, huh? This, the only English entry in the Daigasso! Band Brothers series, lets you play any of the parts of any of its songs and join together in local multiplayer jam sessions. Its online track download functions may be gone, but its built-in selection of 50 songs is more than enough to have some fun. See more in our video! – Graham

While the first Inazuma Eleven got a belated release on the 3DS eShop in America, the rest of the series was stuck in Japan and Europe. This second game is the last to be region-free, and it’s totally worth your time. Also, it’s basically the cheapest import out there! Give it a shot, in either of the game’s two versions; the differences are minimal so don’t worry about which. – Graham

The World Ends with You is not the only DS game in which fashion matters. Pop Town always asks you to dress for success! In this music game, players help Elvira become one of the hottest dancers in town and own the night. You visit various districts, dress the part to impress the locals and compete in dance-offs against each area’s idols. Interestingly enough, you hold the DS like a book when you tap along with the tunes on the touch screen. – Jenni 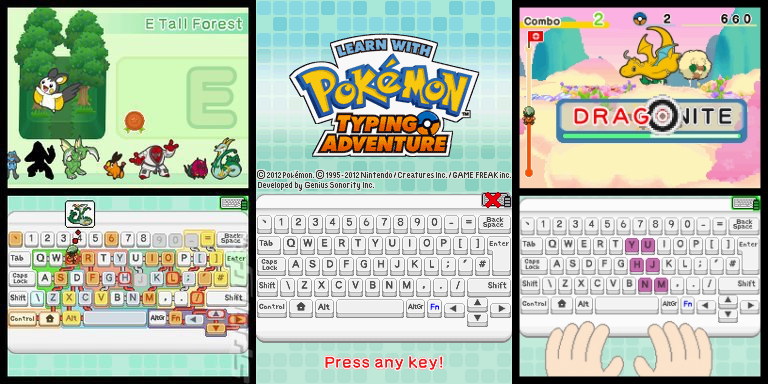 Does your DS feel lonely without a keyboard peripheral? Yeah, this game is a weird fit for the system, but if you’re ready to play a DS game on a stand at a table, you could have a lot of fun in what’s essentially Pokemon-flavored Typing of the Dead. It starts easy and gets progressively harder, teaching you how to be truly efficient at typing. As long as all you need to type are names of Pokemon. (The puns are good in it. Seriously.) Maybe you’ll understand its appeal better by watching this. – Graham

There were lots of Bomberman games on the DS, as well as really most other systems, but this one included a story mode with stats and equipment and all sorts of fun as you somehow stop a hacker from destroying the city by… blowing things up? You’re Bomberman. That’s basically your only option. It’s got a bunch of normal multiplayer stuff, too, if you’d like. See it in action! – Graham