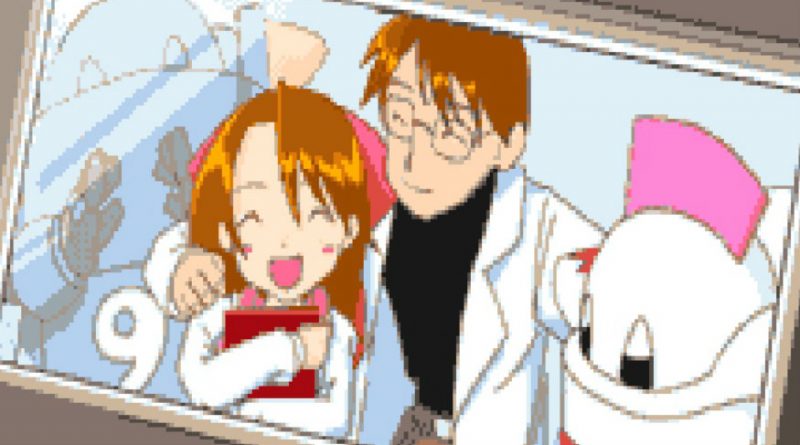 When you hear a name like Kawaii Pet Shop Monogatari, it might be easy to develop some preconceived notions about what such a game might entail. The words “cute” and “pet shop” might lead people to think it is an attempt to usher people into some sort of pet caretaking simulation. Especially since later installments turned into the My Pet Shop line. But the truth is something far different. Instead, these early games could feel more like pet acquiring RPGs.

For the sake of examples, we’ll go off of Kawaii Pet Shop Monogatari 3. The game begins with the player coming to a medieval, castle town in need of pets with her father and, well, his robots. Fortunately, you’re great with animals! It ends up falling to you to find animals in the wild, which you can see on the map, get them to trust you enough to be captures and then use critters you have acquired to fulfill objectives and help people find pets. When you are at the shop, you can stand at the counter to take requests and help people find the right animal. (And, as you grow more successful, you’ll have more customers come in to look for a new friend.)

What makes Kawaii Pet Shop Monogatari 3 so interesting is how involved it could get for a game that was essentially a pet-based RPG. Time progresses in-game, which can determine the different sorts of animals and birds you might see. Animals will react based on foods you have, items you move and your behavior, increasing or decreasing their distance from you. You’ll also see their animations change, letting you gauge how well your efforts are going and if you should continue your approach. Different kinds of animals live in different sorts of biomes on the map. You can train them up for tournament performances. It’s a lot to take into account.

Since this does have the whole “pet” element, that isn’t far behind throughout Kawaii Pet Shop Monogatari 3. Once you have caught characters, they can be cared for. You can socialize with them in the backyard of your shop, showing them affection and giving them essential items. They have their own stats and inclinations. You’ll basically raise them up. Then, when needed, you’ll find them the happy homes they deserve or maybe meet certain objectives because you connected with that critter. If you know someone who also has the game, you can even swap pets or take part in competitions with them, making it feel like it isn’t just about getting disposable characters and about showing off the ones you love to other players.

The downside is, all good things have to come to an end. When the Kawaii Pet Shop Monogatari series itself dropped the “Kawaii” at the end of the GBA era, the gameplay changed as well. The series went on to the DS as Pet Shop Monogatari, with the first one even localized as My Pet Shop. While it still included the element of heading into the wild to capture pets to offer in a shop, it removed the RPG and quest-based elements in favor of a more traditional pet shop.

Kawaii Pet Shop Monogatari 3 is an interesting case of a sort of game very obviously targeting a certain audience that goes above and beyond in terms of broadening horizons. It could have been something simpler, like later entries in the series, where the focus would be on staying around the shop itself. But this GBA game decided to be different. It allowed people to head out into a virtual world, exploring different biomes and seeing what could be found at different times, all in the hopes of getting the right animals for people. It involved reading animals’ behaviors and knowing what they liked to win them over. In short, it was pretty darn involved for something that was very much geared toward kids.