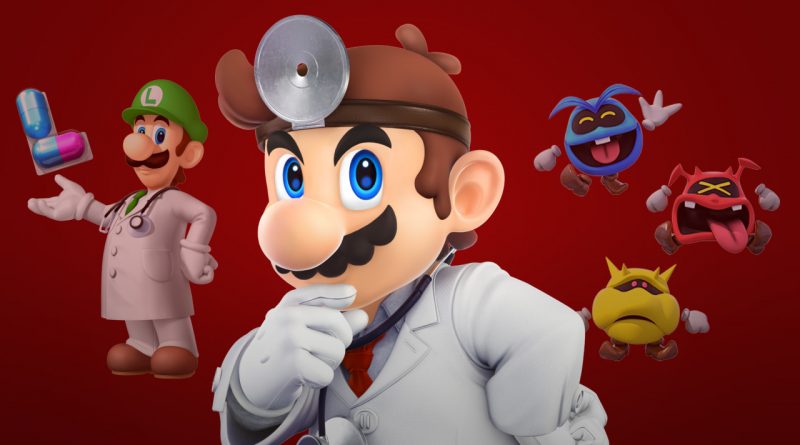 You’ve probably been thinking about viruses a lot lately. Why not make that productive with some chill Dr. Mario puzzling? But which one? Here are the Dr. Mario games to play! 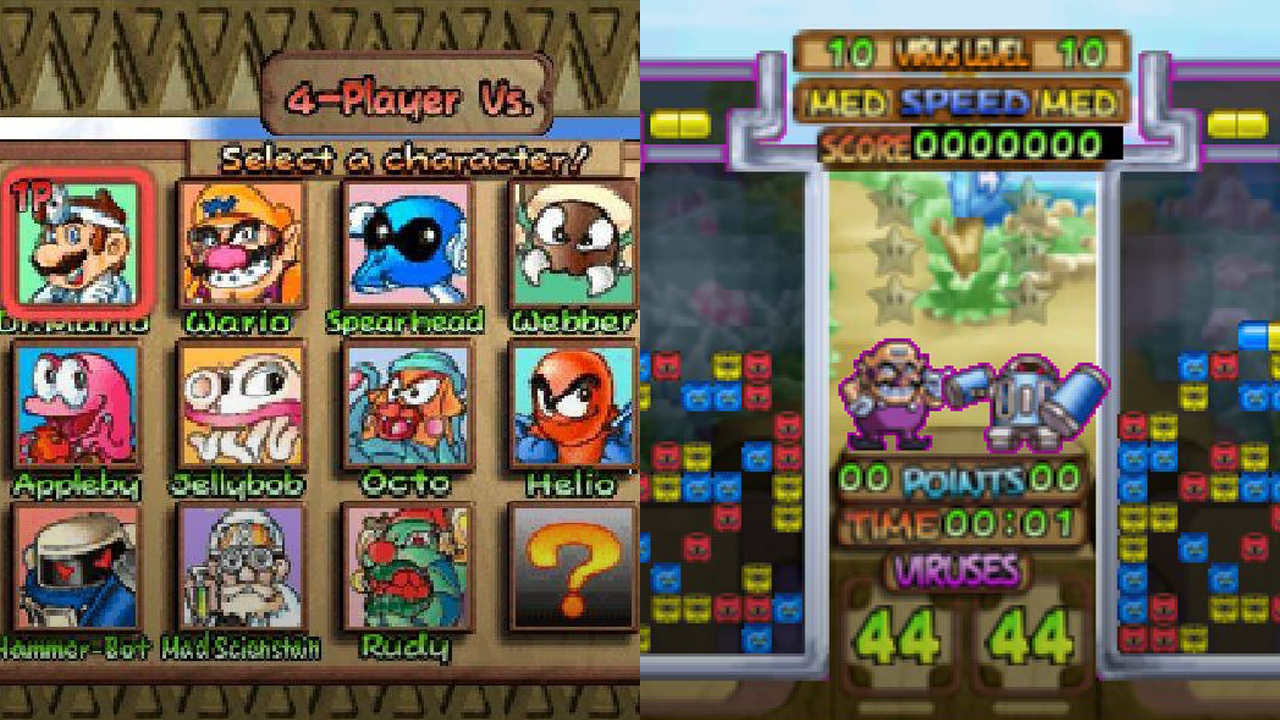 2001, N64 (Nintendo)
Available on GameCube in Nintendo Puzzle Collection(Import-Only)
If you’re going to only play one Dr. Mario game (and we understand that one would be enough for most people), it should be this one. The closest the series has come to a full-featured modern retail release, Dr. Mario 64 includes more aesthetic options, an expanded story mode and, perhaps most importantly, a four-player mode. Japan only got this game through a GameCube compilation, and you can see us check it out here! 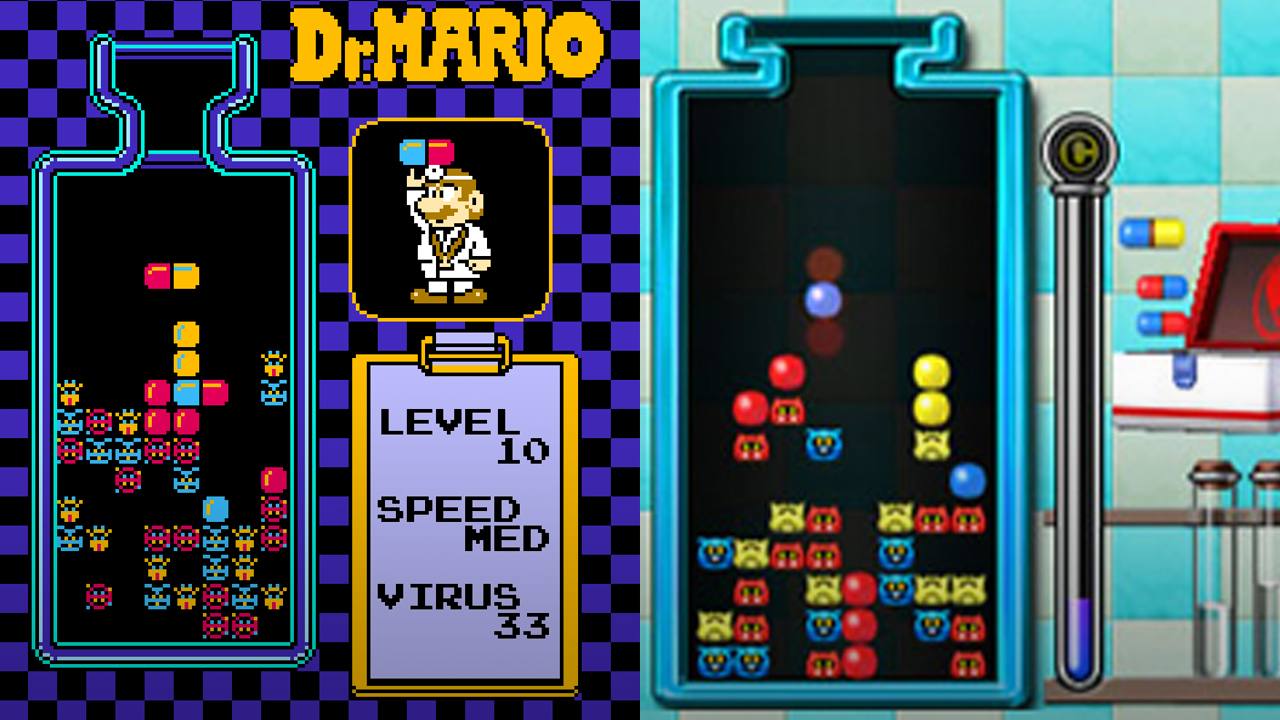 1990, NES/Game Boy (Nintendo R&D 1)
Available via Nintendo Switch Online, Wii U Virtual Console and 3DS Virtual Console
Available on SNES in Tetris / Dr. Mario and on GBA in both Classic NES Series: Dr. Mario and Dr. Mario & Puzzle League
Whether it’s because it’s on a ton of platforms or because you’re looking to enjoy the original vision of the puzzle gameplay, there are good reasons to check out a permutation of the NES and Game Boy classic. There are puzzle franchises like Puyo Puyo that didn’t totally get it right on the first time out, but Dr. Mario had no such problems: it was worth playing at the very start.

2015, 3DS (Arika)
Once you’ve gotten a good sense of the core gameplay from the original release, you can visit Miracle Cure for a full tour of the variants we’ve seen in recent games. It’s got the L-shaped blocks of Dr. Luigi, the Virus Buster mode that started in Brain Age 2 and worked its way through later games and sets of puzzles to solve. It even added its own new idea to the mix: power-ups! They’re all, at the end of the day, distractions from just playing Dr. Mario, but they make most of the releases of the past decade largely obsolete. 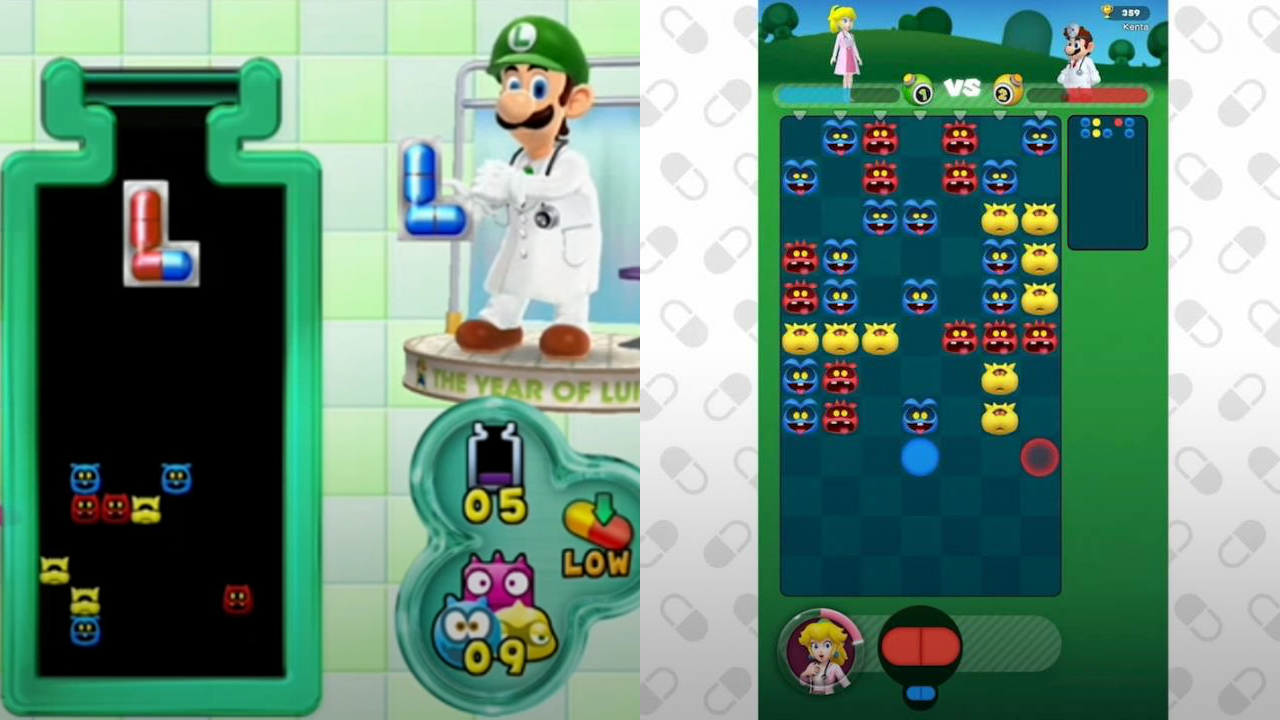 2013, Wii U (Arika)
Released in the hallowed Year of Luigi, the Wii U release debuted the L-shaped block mode, and may still be the best option to play it with another person if handheld logistics are hard to work out. Are we saying this mode is better than the original? Certainly not. But it’s a fun change of pace, and that’s the sort of thing that makes it a great follow-up after getting your fill of the classic formula. The same could be said for the Virus Buster mode, which was perhaps the first step into crafting what Dr. Mario could look like on mobile devices.

2019, Mobile (Nintendo/LINE)
The latest game! It has similar aesthetics and themes, but since it plays very differently, it’s hard to compare it to the rest of this list. It’s certainly the most accessible, as a free download, and the fun of playing a brand-new game with the rest of the Internet made it worth checking out in its early days. But at this point? Probably not. 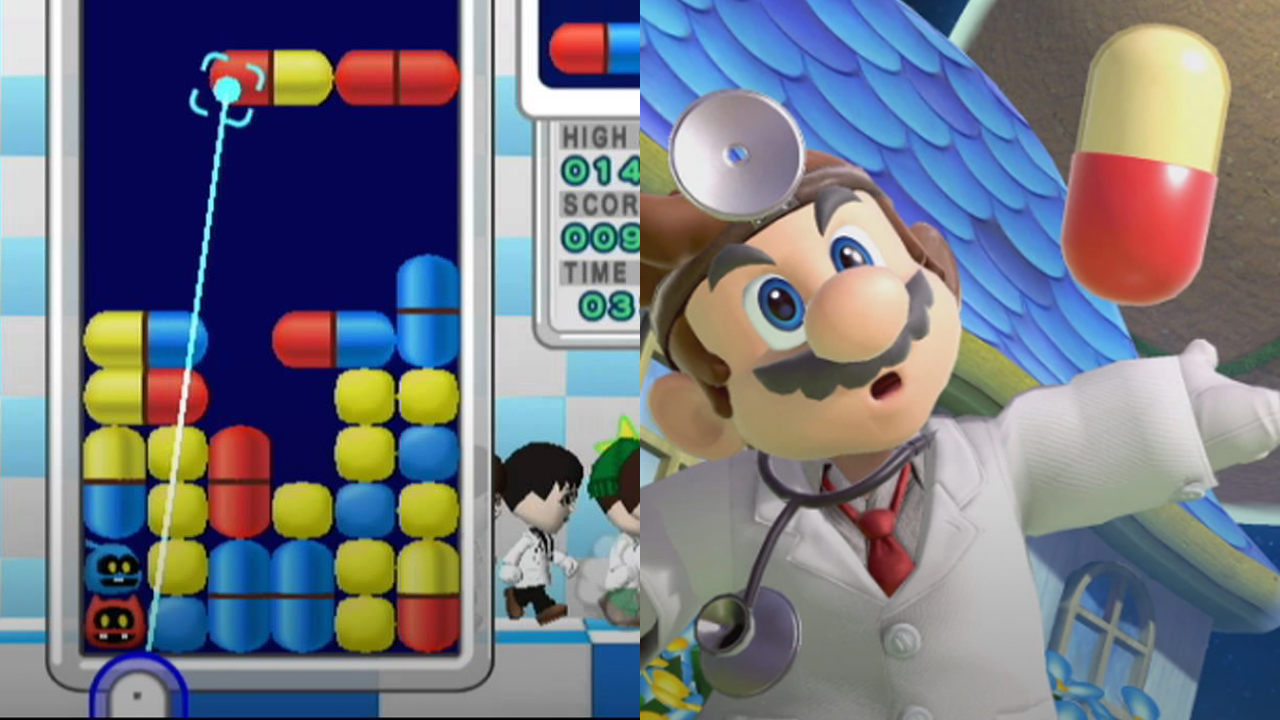 2008, WiiWare (Arika)
No Longer Available
With the WiiWare service shut down, this really isn’t an option for anyone who doesn’t already happen to have it downloaded, but there are a few exclusive options in this release that make it worth tracking down for more passionate fans of the series.

2009, DSiWare (Arika)
This download-only entry had its purpose at the time as a cheap way to play Dr. Mario on the go, but its limited modes and solo-only play make it hard to justify over other options these days.

2003, GBA (Nintendo R&D 1)
In case you’re scrounging around for anything you might have to play some Dr. Mario, it may help to know that there’s a playable version in what’s otherwise merely one of the best Game Boy Advance games of all time!

Various
It should be noted that while these aren’t Dr. Mario games, they are the only opportunity you’ll have to play as Dr. Mario himself.

For more helpful advice for series newcomers, check out our Guides section.