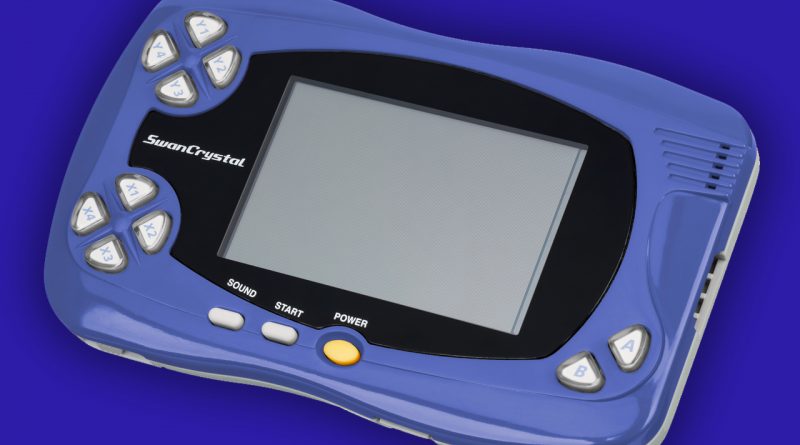 The Bandai WonderSwan is exactly the sort of weird that is embraced by importers and ignored by the rest of the games community. It’s the most prominent system to never see a Western release, and its intent to stay in its home territory means it’s full of the types of quirky, insular experiences that fans of Japanese games crave. It’s also rough to get into; without the super-expensive late-life SwanCrystal, the screen’s tough to see, and the library doesn’t exactly shy away from being text-heavy. Thankfully, you can get a better sense of what the system had to offer without even getting your hands on a system, and you can do it in English! 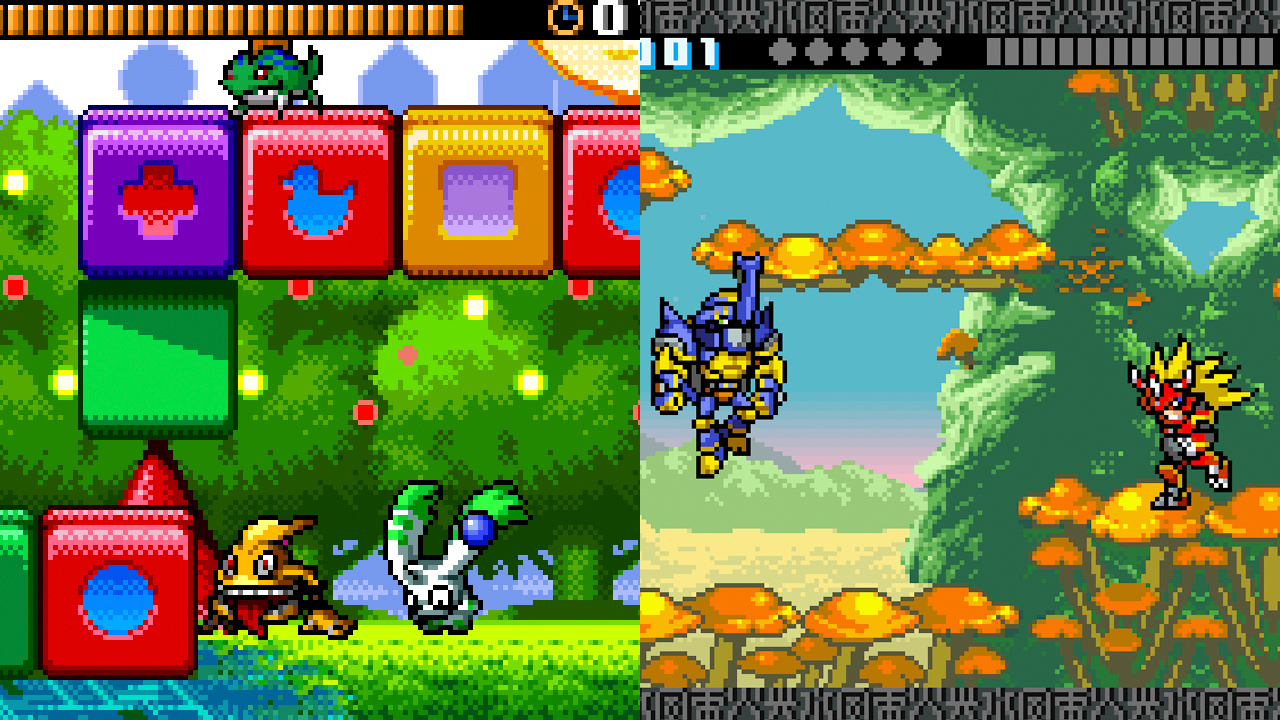 This is definitely the best place to start. Not only are these two games direct ports of the WonderSwan Color originals (right down to the slightly-letterboxed original resolution), but it’s important to know just how much the system was dominated by Digimon. It was the age of Pokemon‘s peak pop-culture saturation, and playing into that craze with a viable competitor was key to biting off a chunk of market share. (The system had an equal presence from Gundam titles, but frankly none of these are very accessible to the West, and licensing issues meant we never saw translations.)

In these games, you pick a Digimon and wander around a 2D arena, fighting foes and generally carrying out tasks. These action games hold up fairly well, and the bright colors (designed to show up at all on the weaker WonderSwan screens) give them a distinct feel. They’ll also give you a good sense of the type of power the system could manage. It wasn’t quite at GBA levels with its 16-bit processor, but it could pick its spots and remain comparable. 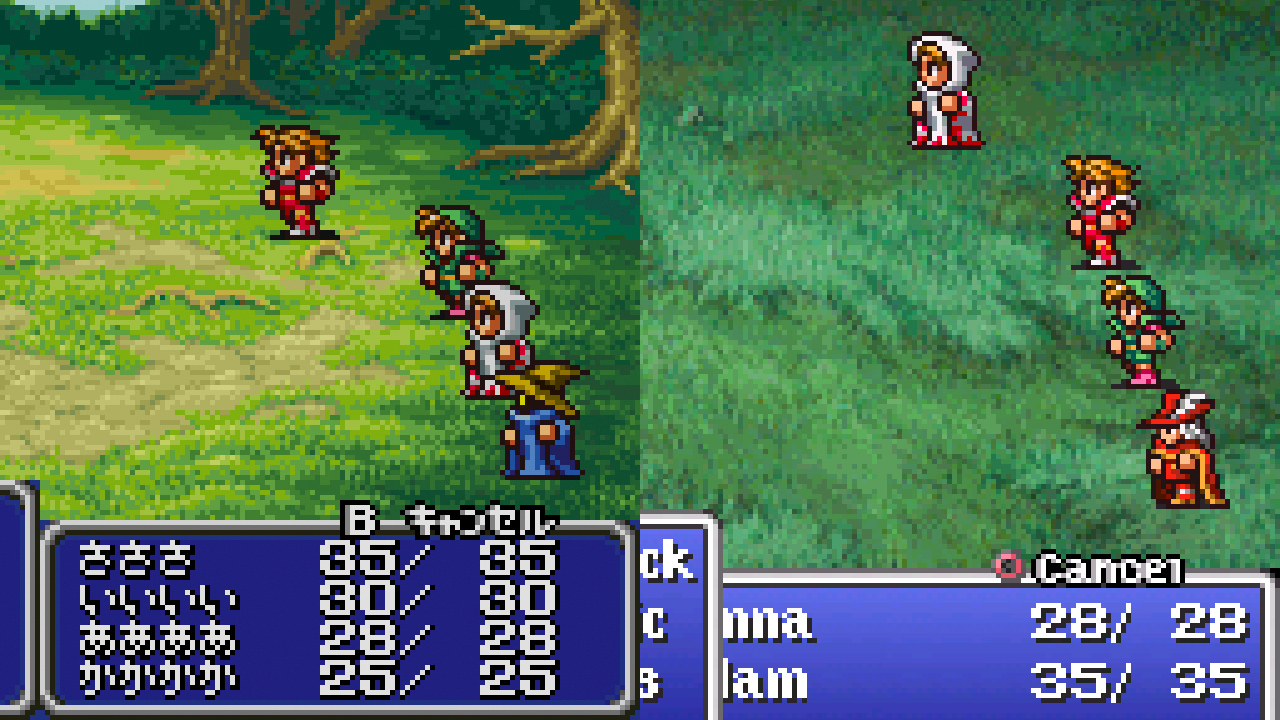 Digimon was key to holding onto a segment of the Japanese market, but what really got the system on most radars was its deal with Square. Final Fantasy I, II and IV all received ports to the system, as well as Front Mission, SaGa and others. Most of the time you see a WonderSwan crop up in the West, it’s in the form of the special (though not particularly rare) white Final Fantasy bundle edition. Western GBA owners may have noticed the sudden flurry of re-releases in the last few years of the system’s life, and this Bandai deal was why that didn’t happen sooner.

Strangely, those GBA games aren’t the closest you can get. No, the WonderSwan assets and new content actually cropped up in the PlayStation ports, released shortly after the portable games in the West. While it’s a bit late to feel the thrill of Final Fantasy on the go, these games at least give you a sense of what the WonderSwan games offered to existing fans. 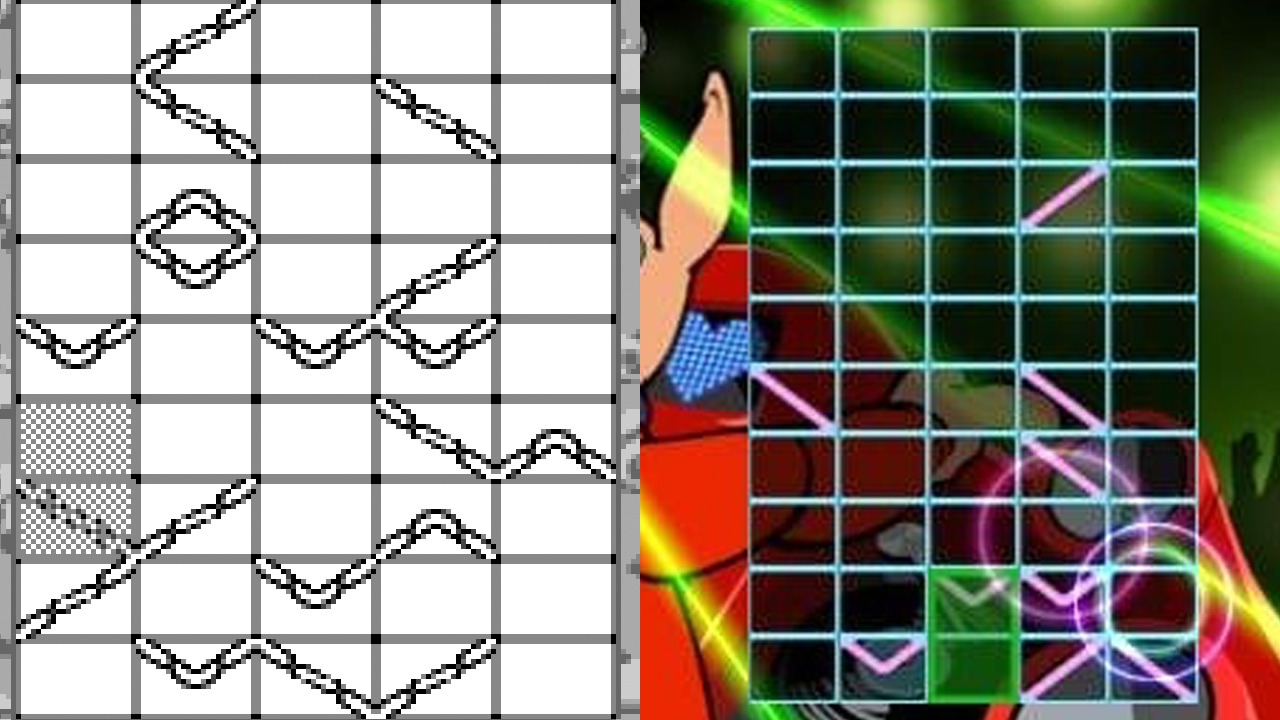 It’s almost an unforgivable oversight that I’m just now getting to mentioning Gunpei Yokoi. Responsible for the original Game Boy and franchises Metroid, he found success in thinking outside of the box. He earned his way off the card manufacturer’s assembly line with a reaching toy, the Ultra Hand, that would be very successful for Nintendo. He created the Game & Watch and shepherded Miyamoto’s early career. He made the R.O.B. to let the company sneak the NES into game-fearing U.S. stores, and his focus on fun over bleeding-edge tech made the Game Boy into a global success. While the Virtual Boy may have tarnished his impeccable reputation, it didn’t sink it, and after his retirement from Nintendo he created Koto to work with Bandai on a new handheld.

It’s Yokoi’s philosophy that gave Bandai a low-powered black-and-white new system in 1999, and the company’s desperate divergence from it after his tragic death in a 1997 that fueled the rapid iteration into the Color and Crystal models by 2002. Still, the man left an indelible mark on the system. Gunpey, a launch title for the system, was named in his memory, and it’s fitting: much like Tetris fueled the Game Boy’s success, Gunpey was the WonderSwan’s flagship trance-inducing puzzler. It’s a bit different from the usual falling-block fare: you connect diagonal lines across the screen by switching them around. The formula found its fans, notably Tetsuya Mizuguchi, who crafted these PSP and DS remakes in 2006. 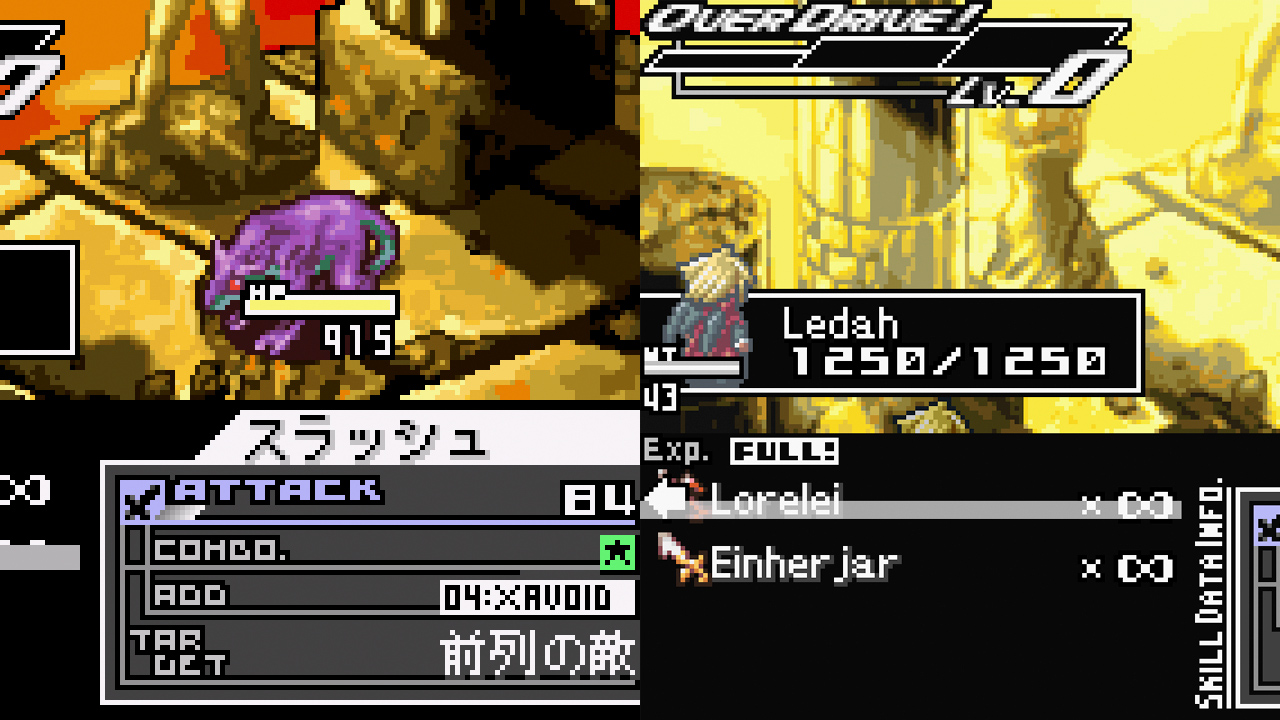 Ports and anime licenses certainly fueled the system, but it wasn’t without some original gems. One of them, Riviera, managed to find both a port and a localization before it was lost to time. It’s a hallmark of the sorts of games you’d find on the system; the weak screens’ motion blur issues meant that strategy games were much more successful than action ones, and the creativity came in new, strange systems instead of movement and combat.

The GBA version is very similar to the WonderSwan title, and the PSP was revamped visually, but both are great ways to understand just how weird (and occasionally brilliant) the handheld could get. It’s no accident that it birthed Sting’s Dept. Heaven series, continuing into the modern era with games like Gungnir. 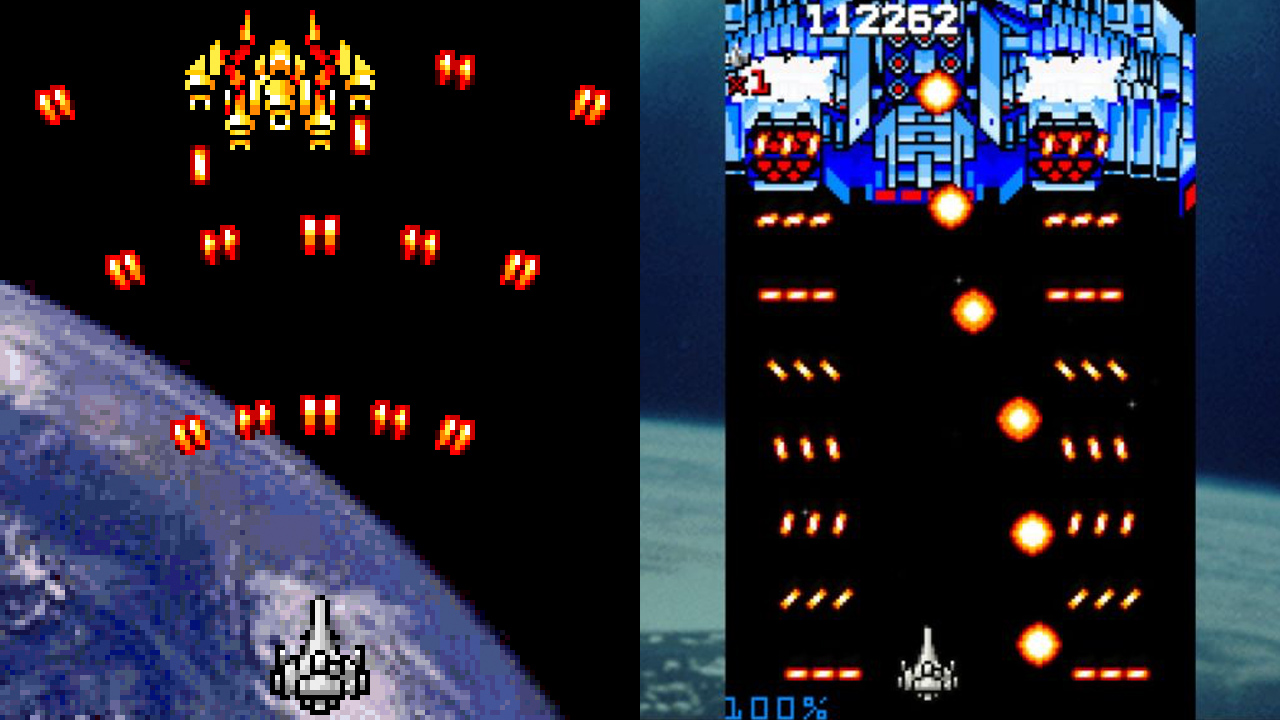 Okay, okay, so you’ll have to import this one. Still, it’s a region-free Xbox 360 game with English menus. And Eschatos itself isn’t really related to the WonderSwan, either. What’s important here are two bonus games: Judgement Silversword and Cardinal Sins. Both are considered gems in the WonderSwan library, and getting to play the Radiant Silvergun-inspired titles on a big screen is nice.

Even if you don’t like vertical shooters, playing these is important to understanding two things. First: the WonderSwan had a lot of vertical shooters, and it’s because it’s designed for it. Know those extra buttons in the top left? That allowed the system to be held vertically, making the screen size for these titles positively luxurious. Second: both games were made with the WonderWitch tool, a publicly-available development kit that really took off in the early days of homebrew. In fact, Cardinal Sins never released commercially on the portable (unlike Judgement Silversword), so it’s a true insight into the fan-game community. 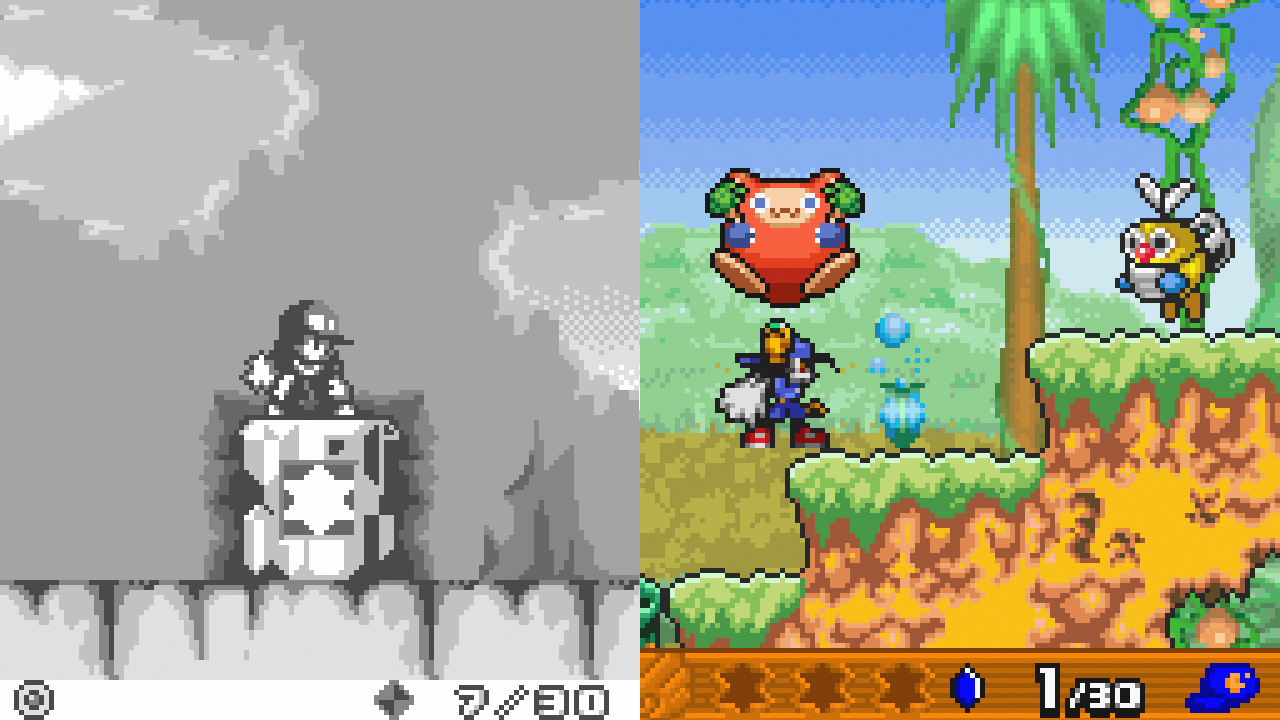 While not identical, this game serves as a sequel to the WonderSwan-only Kaze no Klonoa: Moonlight Museum, and uses the same engine and mechanics. The series has a cult following, and the handheld entries are some of the most impressive translations of a more complex formula into something a portable of the time could handle. Moonlight Museum was particularly impressive, running on the original monochrome hardware and somehow packing charm anyway.

While Moonlight Museum was much more experimental, including some arbitrarily-vertical levels, playing Empire of Dreams will give you a good sense of its style. It’s also a great example of how the system is home to “missing” installments in super-popular franchises. There were original games in the Mega Man & Bass, Ogre Battle and Arc the Lad series. Its games would see sequels like Namco X Capcom, Mega Man Network Transmission and Chocobo’s Dungeon. The WonderSwan may not have been on the radar in the West, but its influence is still felt. 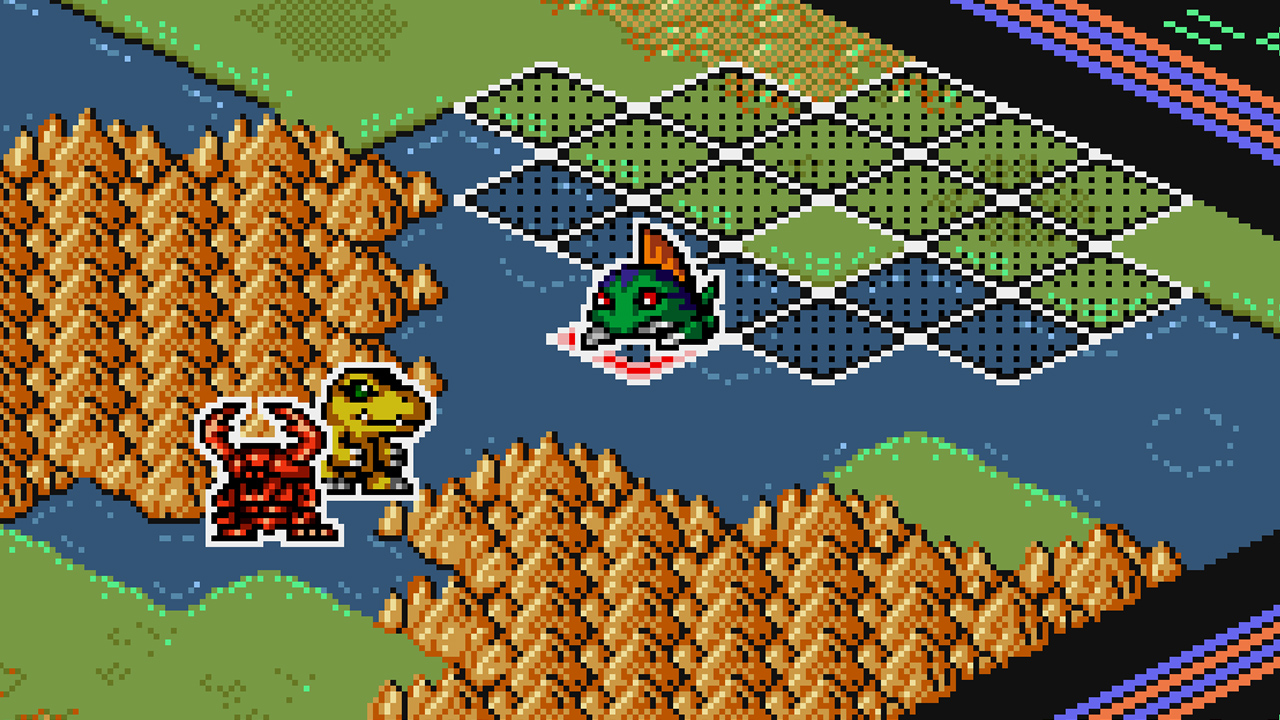 If you want to give the actual WonderSwan hardware a shot, there are some games with some low language barriers, but this one has none at all! One cartridge was translated into English and released in the Hong Kong and Korea markets: a two-pack of Digimon strategy RPGs, Anode Tamer and Cathode Tamer. It’s text-heavy, turn-based and thoroughly Japanese in inspiration and design, making it the perfect showpiece for the system. The Korean release of the system bundled this cartridge with the hardware, and units are sometimes available on eBay in this configuration. There’s very little English on the box, but don’t let that scare you off: it’s the translated version.

This article originally appeared on Snackbar Games, and is republished and revised with permission.