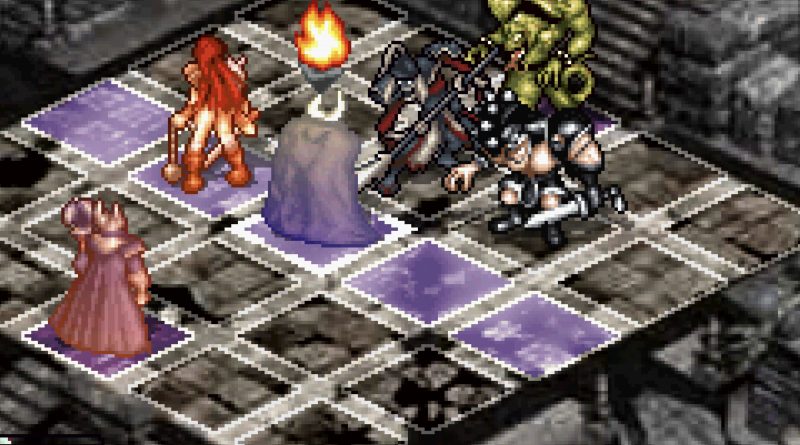 Shadows of the Tusk a rare breed of import-only game: one that doesn’t shy away from using lots of text but remains import-friendly anyway. And that’s because most of that text is already English! Watch our video and check out a cool distilled strategy game.

Developed by Hudson Soft, Shadows of the Tusk is a Sega Saturn-exclusive tactical game with a focus on head-to-head play. Its closest peer that you may know is Culdcept, with its aesthetic and influence heavily drawn from Western, D&D-style fantasy. Rather than a sprawling, Monopoly-style experience, Tusk plays out on a five-by-five grid with simple character movement and limited skills. It’s a setup that may make more sense to today’s players, as small-map tactical games are a big genre in the mobile space and there are more players of tabletop games than ever.

The game features a full campaign, which has Japanese text you can totally skip and just read the English game menus, and also allows local two-player competition. At the time of release, it also supported the Saturn’s Xband-based online play, which seems to have been its primary design focus. Its character designs are… well, a choice! But thankfully they don’t get too in the way when you’re playing.

Topics include: CG that hasn’t aged particularly well, basic elements of strategy, the virtues of Zadok, summoning sessions, calling in the cavalry.