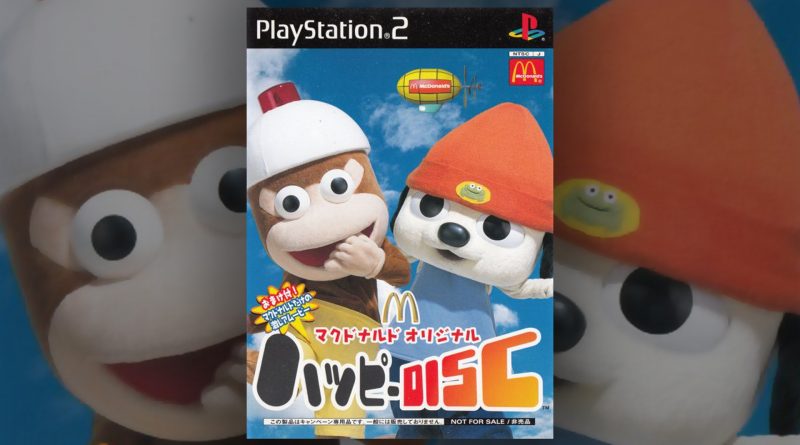 Graham and Jenni check out an obscure promotional PlayStation 2 disc from Japan! Included are modified demos of PaRappa the Rapper 2 and Ape Escape spinoff Piposaru 2001, as well as a video of the Piposaru mascot and a pal checking out New York City.

Available at McDonald’s locations in Japan, this disc was a cross-promotional piece that is meant to show off both Sony’s then-upcoming titles and, well, hamburgers. It’s weird to think of the concept of burgers as something that would need marketing, but then again, we’re in America where burgers are king. (Get it? That’s just a little silly jab to show you that we aren’t bought and paid for by the Golden Arches. You know.)