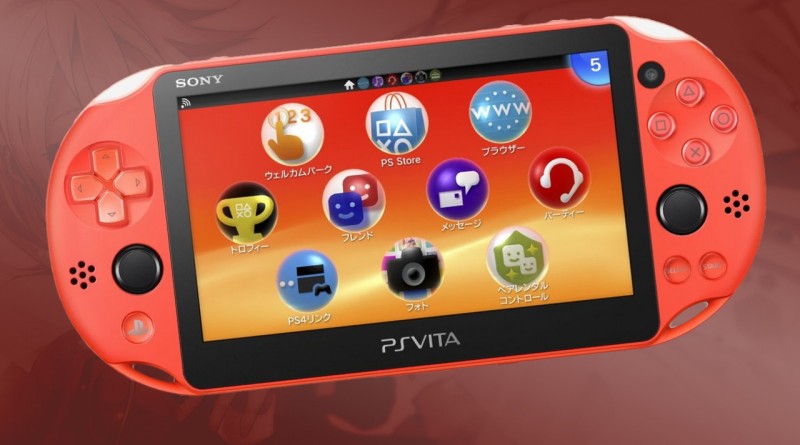 With the PlayStation Vita’s official support coming to an end, it’s a great time to look back at the cult-favorite handheld and check out its import-only options! Of which it has many. Whether the 3DS just isn’t your thing or you’re looking for even more, the system has some great options. It’s… also a bit of a importer-hostile minefield, so tread carefully.

Before you get too far, here are a few helpful things to know about Vita importing:

The system’s region-free, but not without restrictions. You can play any Vita cart on any system, and that’s fantastic. Still, with one account per system, you’ll need to juggle all your files or get a second Vita to access digital titles and DLC. Also, there’s this pesky thing: Japanese systems switch the functions of the cross and circle buttons. You can get used to it, but it’s a pain to keep track, and also some games and in-game menus have hard-coded button inputs while others use the system defaults. So… maybe that’s a good reason to get a Japanese Vita, maybe in a cool color?

Your credit cards won’t work on Japanese PSN. Thankfully, sites like Nippon-Yasan have easily-purchasable PSN credit codes, but… yeah, you’ll have to go through that process, and it’ll cost a bit more than the exchange rate. (That said, the exchange rate’s fairly favorable these days, so it’s not that painful.)

There are a lot of Japan-only Vita games, but you probably can’t play most of them. The Vita has carved out a niche for itself, but that niche is… visual novels and dating sims. They’re always text-heavy and inscrutable to navigate without Japanese knowledge, and the games that don’t fall into that trap? Believe it or not, most of them are actually being localized for our small-but-devoted Vita following. But hey, there are some that fall through the cracks, and here they are. 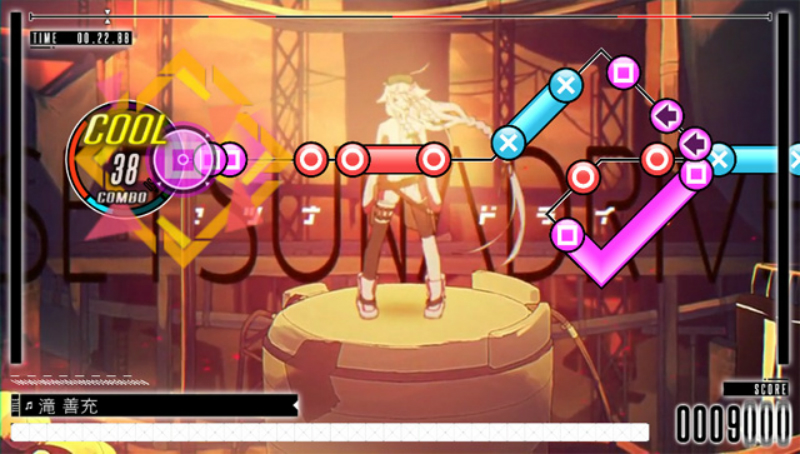 Jenni’s written a lot about this game, which is similar — but not identical — to the Project Diva franchise’s rhythm formula. The important thing to know is that it’s relatively easy to play as an import, and that it’s incredibly unlikely to make it Westward. Vocaloid IA is a suitable stand-in for Miku, and unlike some other attempts at this formula (we’re looking at you, Love Live! School Idol Paradise), the game’s execution matches its aims.

The #BuildingTheList program brought the West the second, and better, of the two Tales Vita releases: Tales of Hearts R. But the first, Innocence, is well-regarded, too. It has a strong following in the franchise’s fan base in Japan, as seen by the prominence of its characters in the mash-up spin-offs, and it’s worth a look if you want more Tales than the localized releases provide. Plus: it’s easy enough to get over the language barrier if you’ve played Hearts, or really any Tales game; the interfaces are very similar.

This is a cute, weird Breakout-style game.

That’s it. There’s not much else to say, but these games can be fun despite, or possibly even due to, their simplicity. It has varied fields and a brisk pace, and is a nice respite from the big time commitments of most Vita releases. 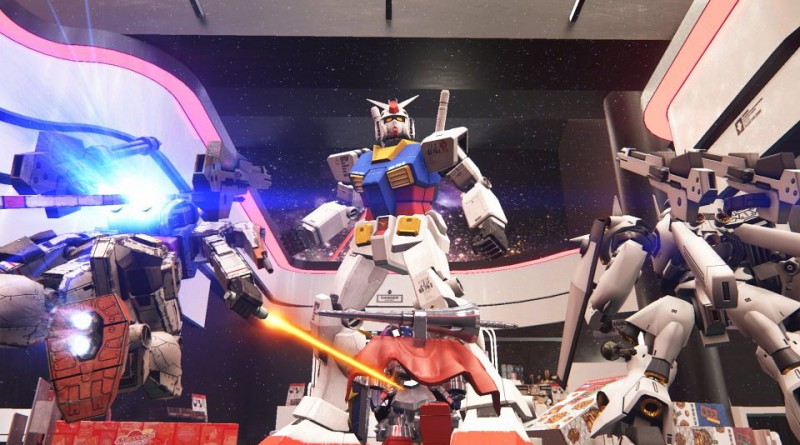 With an English-language “Asia” version available, Gundam Breaker 3 is a very accessible import on both PS4 and Vita, and the level of customization is exactly the sort of addictive that fans of gunpla will find incredibly appealing. You build out your mecha, then battle others in a whole host of battles. If the recently-localized Mobile Suit Gundam Extreme VS-Force isn’t quite what you’re looking for, maybe this one will do the trick.

Fans of Sony handhelds are intimately familiar with tactical RPGs, but there haven’t been a wealth of releases on the Vita like there were on the PSP. Luminous Arc Infinity, though, is a worthy entry. Developed by Felistella (the team behind the on-its-way Summon Night 5 on PSP), the game features a cool aesthetic, an interface that conveniently uses a lot of English and a battle system that players of the first two Luminous Arc games should find welcoming.

Another game with an “Asia English” option, Genesis is a turn-based strategy game in the vein of Super Robot Wars with a focus on whimsy and a super-deformed look. It’s part of a long-running series that has spanned decades, and the sheer breadth of content here is quite something. Also, as a fan of quirky Vita games, the two-card release probably also holds some appeal! 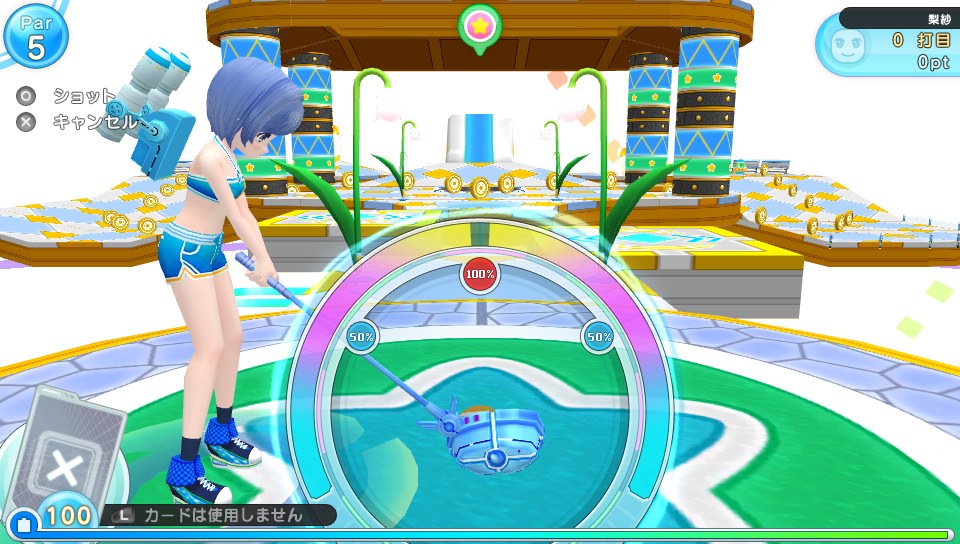 Look, let’s be honest here: if you want to import Vita games, you probably want some weird stuff. So how about this: an idol-themed miniature golf game that looks like Super Monkey Ball and counters its cute aesthetic with an expectation of skill that could only be described as punishing. Yeah, @field is an uneven launch game with learning curve issues and frustrating load times. But you certainly aren’t going to see anything like it anytime soon.

The Idolmaster: Must Songs

If you’re getting into imports, you really should pick up a Taiko game or two. It’s import-friendly, once you learn the menus, and just plain friendly, which is always welcome! But you can get it on a lot of platforms. What’s Vita-exclusive are the Idolmaster crossovers, featuring music you can’t get on any other version and a fun selection of J-pop hits. If you want to check out more games from the series, check out our franchise guide!

Of course, then there are all these games

It’s probably no surprise that there’s a whole collection of games for the Vita that involve clothes-ripping or lewd tapping or what have you. If that sort of thing doesn’t bother you, there are some very playable imports, like third-person shooter Bullet Girls 2, strategy title Moe Moe Daisensou Gendaiban Plus and dungeon-crawlers Genkai Tokki: Seven Pirates and Omega Labyrinth. Okay, you know what you’re getting into. 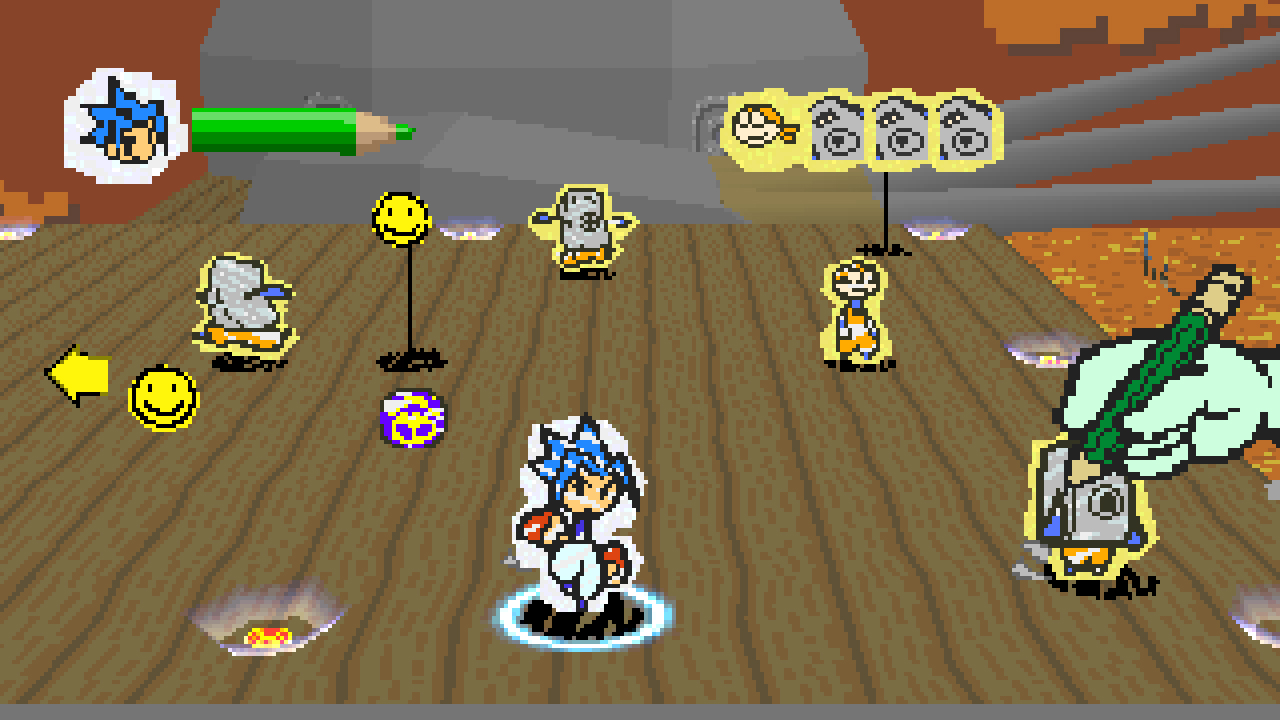 Delving into the Game Archives

One advantage of jumping into PlayStation imports is exploring the Game Archives, the Japanese equivalent of the PSOne Classics program and a treasure trove of weirdness. How about the minigame madness of Bishi Bashi Special? Or Robbit mon Dieu, the third Jumping Flash game? Maybe even Rakugaki Showtime, a Treasure-developed fighting game with a cult following and a distinctive hand-drawn look? There’s also the PSP backward compatibility function, and there’s a lot of games there that you should try. (But that’s a topic for another guide!)

The Vita may now be a legacy platform, but its legacy is one of extreme appeal to some dedicated pockets of players. So what’re you picking up?