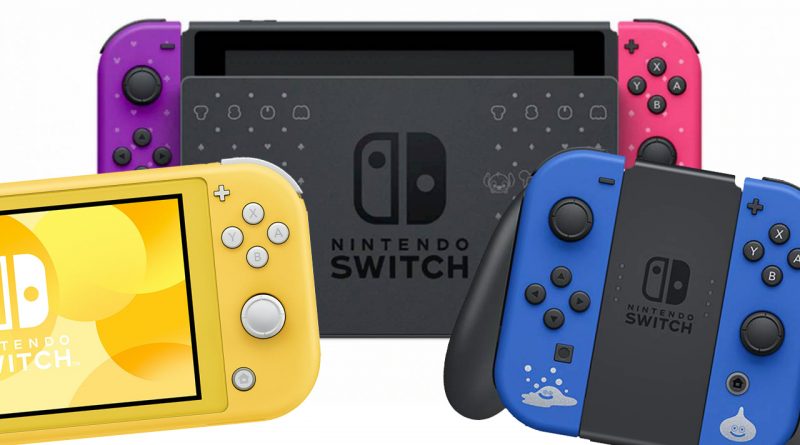 The Nintendo Switch has made it easier than ever for Western Nintendo fans to enjoy import-only games, and it’s a good thing, too, because there’s some fun stuff to check out! (Even if, due to so many localizations about which we will not complain, the options are still a bit slim.) Here’s your guide to what you should be playing that hasn’t made it to Western eShops.

Before we get too far, here’s what you need to know about importing on Switch:

Physical games are totally region-free. So if a game’s released at retail, you can just buy from somewhere like Amazon Japan and get to playing!

Switch systems support multiple accounts for digital purchases. So you can create a Japanese Nintendo Account the same way you created your American one, then log in through the system and download games! Some Western credit cards work (with a small foreign transaction fee, usually), but you can also grab credit online. Once you have the game on the system, any account can play it, but you may need to use that region’s account to access DLC.

If English is available, it’ll usually just show up on your system. The Switch uses universal releases, meaning that all regions get the exact same version of the game. That means that, a lot of the time, games will serve up English text to you if available, regardless of which eShop you used to purchase it. It’s convenient, for sure! (And a great way to get games a bit early without sacrificing language in the long term.) 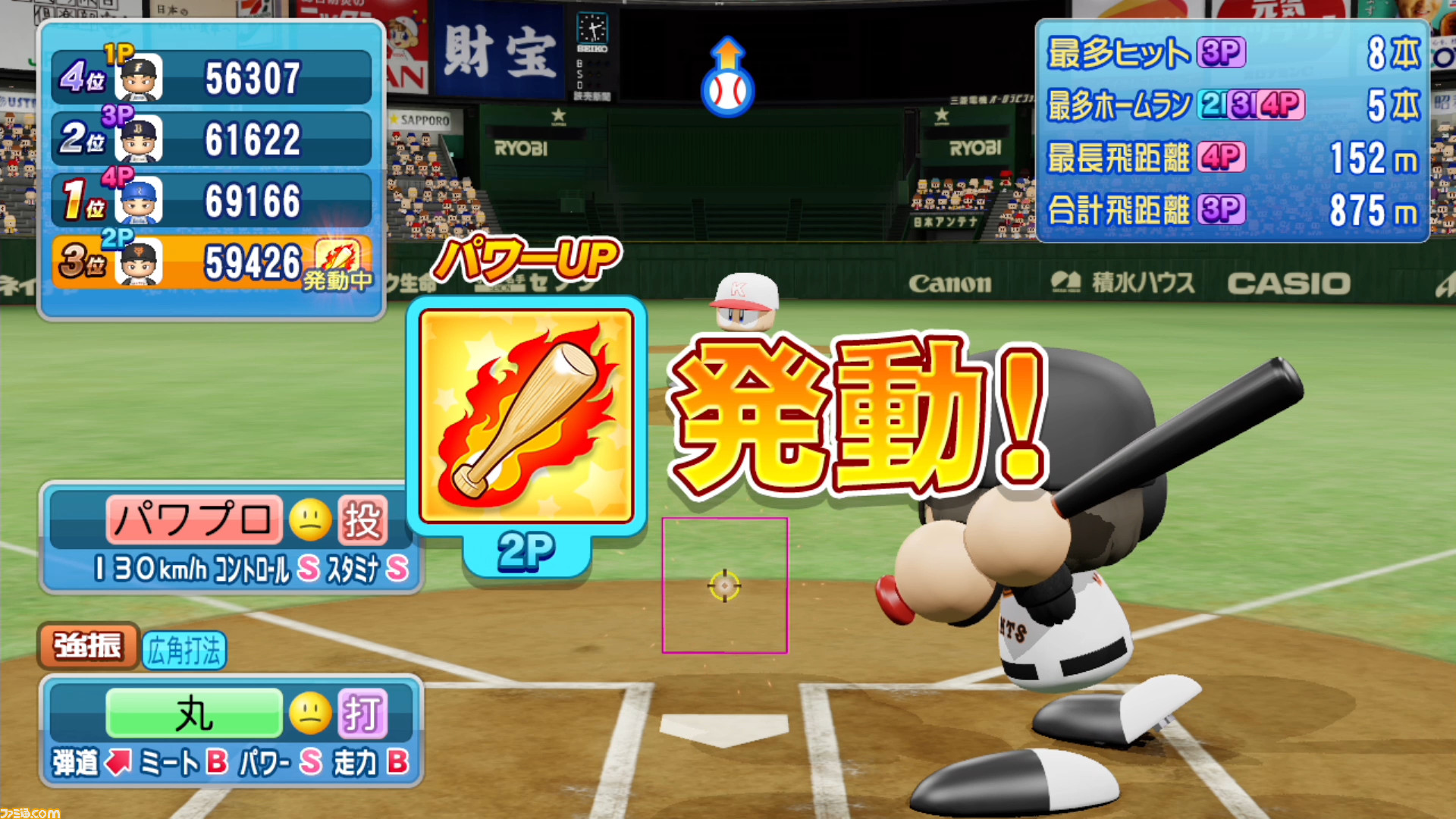 The Power Pros series made a brief appearance in the West in the late 2000s, but like a lot of Japanese baseball players themselves, the franchise’s body of work is much longer and more impressive in its home country. This latest releases in the series are packed with modes, and while yeah, some of them are text-heavy stories, most are very accessible play modes that just need you to get used to a simple pitching or hitting interface. Also there are amiibo cards for some reason? Watch our video for a better look! A second Switch release for the series adds some updates and changes, but if you’re just dipping in your toes, you might find it easier (and cheaper) to pick up the first one.

If you follow import games, you probably know about the recent trend toward “Asia English” releases for games with licensing that makes a proper Western release much more difficult. Super Robot Wars T is one of these, with much more of a proper localization than most in this category and a tried-and-true tactical battle formula that should please fans of the various anime series represented. 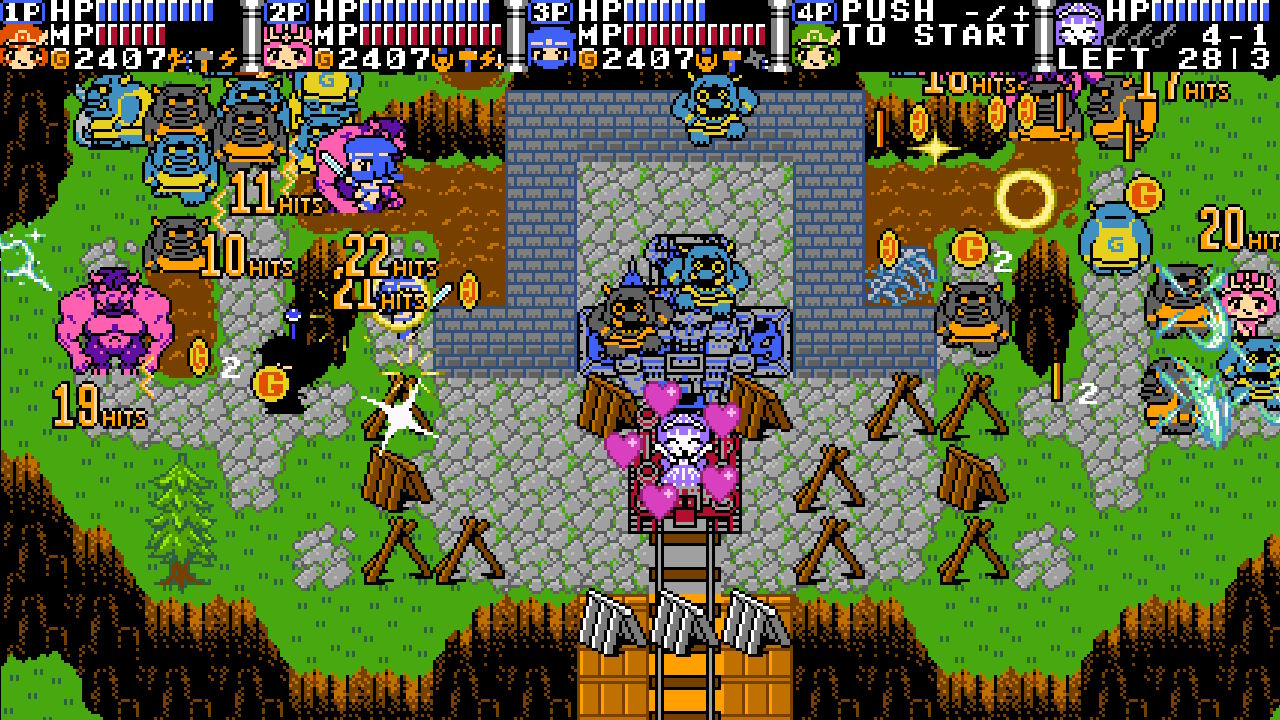 The third game in the series that gave us Xbox 360 Indie Protect Me Knight and 3DS eShop gem Gotta Protectors, this game combines action defense gameplay with a Famicom aesthetic and a top-tier chiptune soundtrack by Yuzo Koshiro. This new release is built to be friendly in multiplayer sessions, with a focus on in-level progression and both online matchmaking and local shared-screen play. While it’s been informally announced for the West (and the last game’s script was excellent), it could be a while, so grabbing the import isn’t a bad idea.

While many Yo-kai Watch games have made their way to the West… eventually, if you’re a fan of the series, that may not be fast enough. (And sometimes they’ve been skipped! And popularity is waning!) Yo-kai Watch 4 and its enhanced update are a big step forward from the 3DS games, and it’s worth checking out. Time travel! Cute little spirits! A boatload of whimsy! You know what you’re getting here. 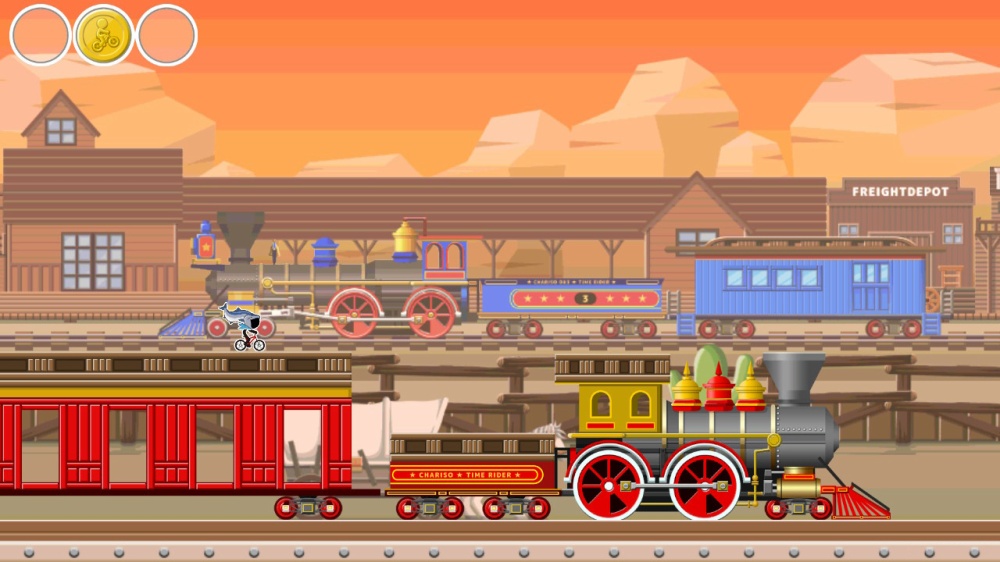 Want a bike that can double-jump? If so, Bike Rider DX‘s side-scrolling challenge levels may be for you. This compilation of previous games on other platforms (some of which made it over here) is a ton of game for not a lot of price, and there’s very little in it that’s hard to parse in Japanese. It’s a simple, lightweight sort of experience that’s good in short bursts, and that’s nice to have on the system when you need a change of pace between big Nintendo stuff!

If you like games like Swords & Soldiers and The Battle Cats, you may want to check out this strange-at-times little take on the formula. There’s a fairly high language barrier here at first, but once you’re able to learn the units, you should be okay. We wrote more about it, too! Take a look. 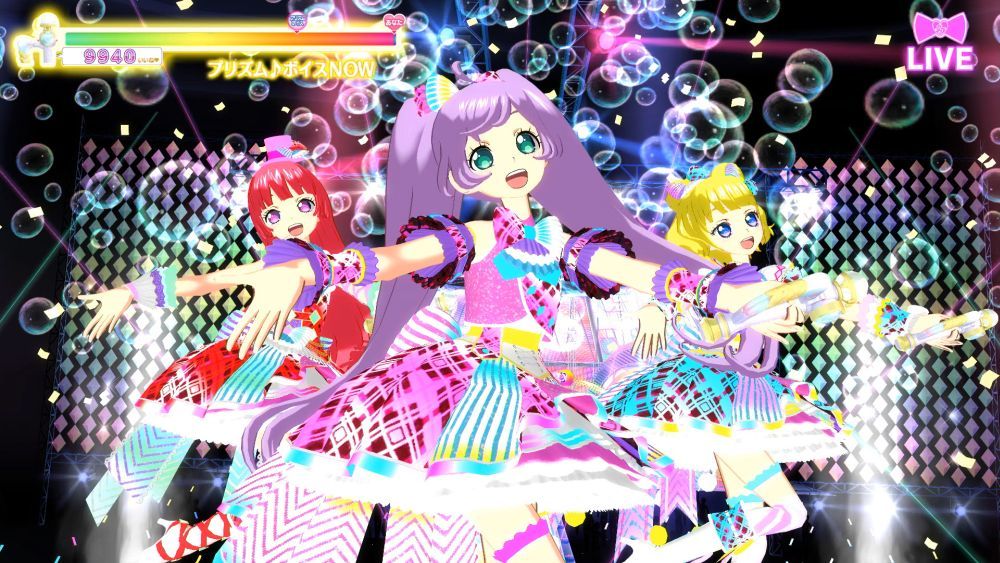 While the Switch won’t get its own Hatsune Miku release until 2020, this game does a lot of what you’d expect from Project Diva and it’s not too bad at it. (Don’t get us wrong: we’d still prefer Hatsune Miku.) An entry in a cross-media franchise of its own, its specialty is in bright colors and lots of sparkles. It’s a lot for the eyes, for sure.

Much like Bike Rider DX, Puzzle Out Stories is a compilation of previous releases, this time a selection of two-dimensional side-view traversal puzzles. It’s less of a budget release, but it does offer four full 3DS games’ worth of timed levels to master, and each of those games steps up the difficulty and options in some interesting ways. 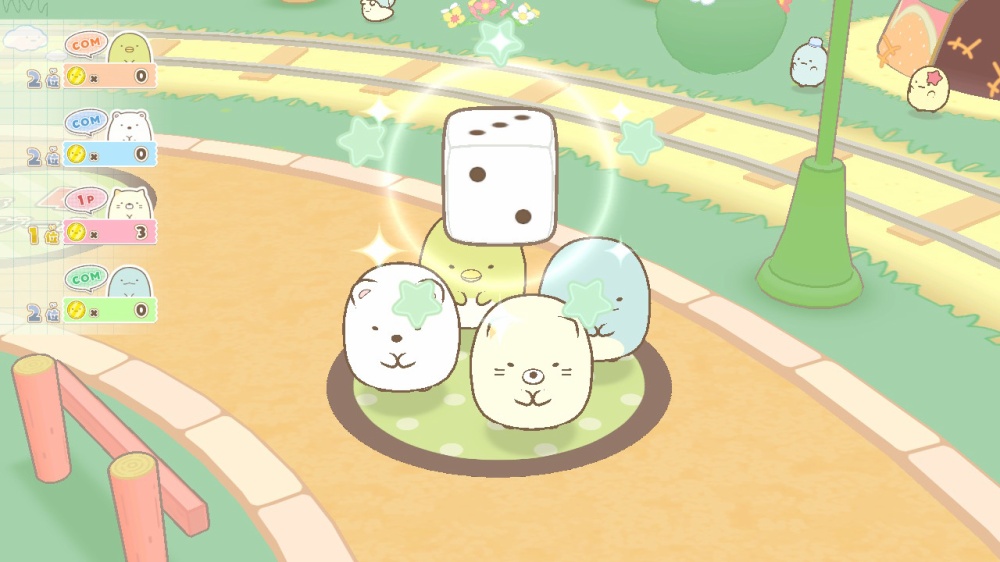 Okay, so you know how Mario Party is a series of minigames in which you don’t always know what’s going on and that’s not always a problem? Imagine that, but with just the most soothing aesthetic you’ve ever seen in your life. What you have in your head may be very close to the Sumikko Gurashi game for Switch, which slows down its board game a bit to make sure all its animations are very cute and all its challenges are as pastel as is possible. Is that a weird pitch for a game? Most definitely. But many of you are here for weird, so we’re trying to deliver.

This one’s something of a bonus, since it did manage a release in Europe as well as Japan, but there’s a new Brain Age game and it somehow didn’t release in America, so we thought you should know about it! It doesn’t have a heck of a lot of bells and whistles, but if you liked playing Brain Age in the DS era and want something to join Ring Fit Adventure in your Switch-based self-improvement routine, perhaps you should pick this one up. 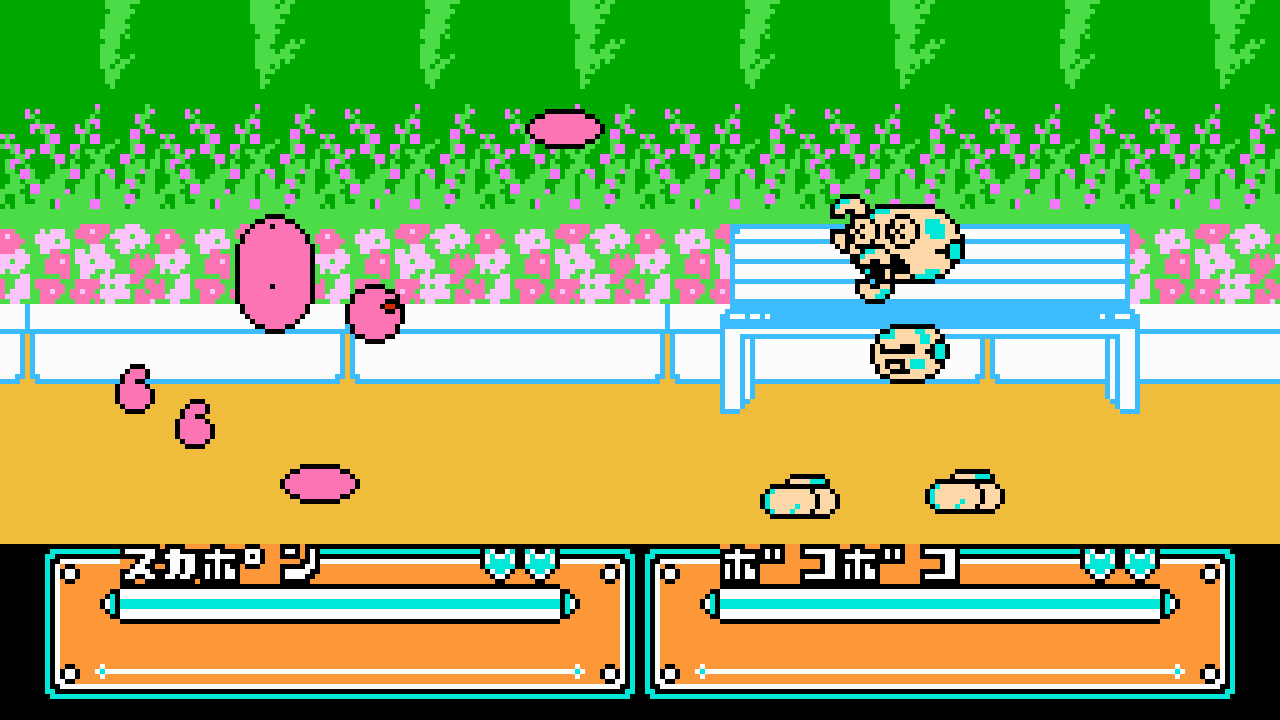 If you have a Nintendo Switch Online account, you already have access to lots of NES and SNES games, but did you know the Japanese versions of these apps include exclusive games, and that you can play them with your Western subscription? Our recommendations: the Japanese Adventures of Lolo, which is actually the not-in-American-app Lolo 2, as well as late-life robot combat gem Joy Mech Fight and the first Fire Emblem. Japan’s lone SNES exclusive, for now, is the first Shin Megami Tensei.