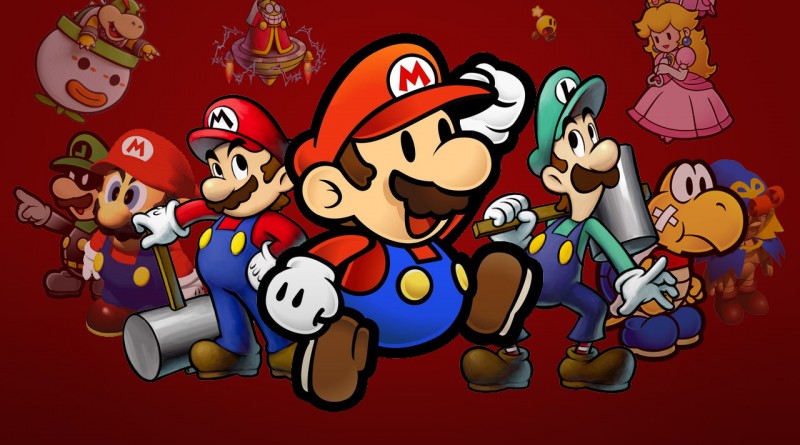 Like your Mario games with a bit more story and progression? You’re not alone! Here’s our guide to the many permutations of Mario RPGs, from the SNES days to now. 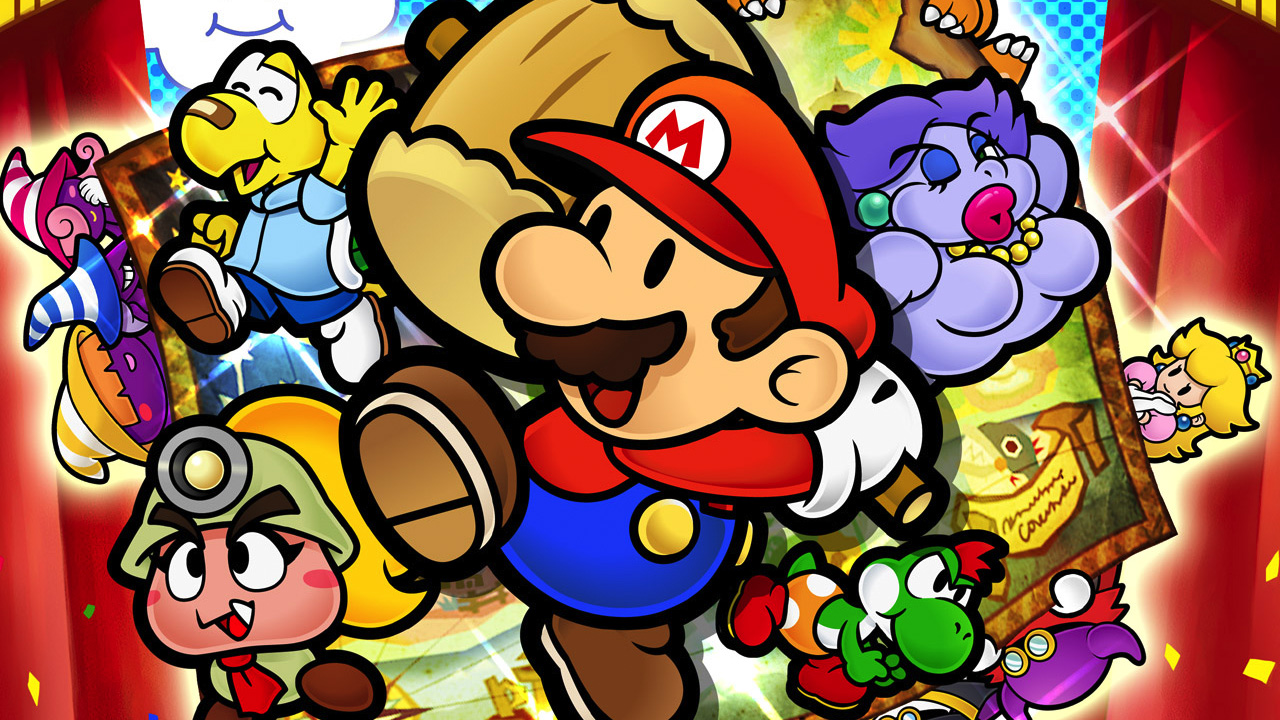 2000, N64 (Intelligent Systems)
Available on Wii U Virtual Console
Maybe the one N64 game that hasn’t aged poorly, the first Paper Mario is a great example of Nintendo finding success by running in the opposite direction. While JRPGs of the era were getting bigger and longer, Paper Mario instead chooses to limit its scope and make the time it asks of you really count. It’s also the first game to truly show off the localization skills of Nintendo’s Treehouse team; it certainly has a reputation now for wit and polish beyond most of its peers, and this was its real first opportunity to do more than just translate a few instructions here and there.

2004, GameCube (Intelligent Systems)
The Thousand-Year Door builds on its predecessor, sticking to what worked but using the GameCube’s extra horsepower to make things look better and include more environments and enemies. It’s generally considered to be the best Mario RPG ever, and we won’t argue, but we will recommend playing the N64 game first, as it’s also great and will have less impact as a follow-up act. This game’s gotten more and more love over the years, in part because it hasn’t exactly been matched by later releases. Though one game came close…

2009/2019, Nintendo DS/3DS (AlphaDream)
Often reaching the heights of the best of Paper Mario, this is the Mario & Luigi game to play. It’s a bit unlikely that a game with an inside-the-body mechanic would work particularly well, but it benefits from leaning into what Mario & Luigi does better than Paper Mario, and that’s the overworld platforming puzzles. Isolating the brothers in a 2D environment does good things for the title, and oh yeah, the writing’s pretty great. The 3DS remaster adds a layer of visual polish without messing up the game’s charm, and the Bowser Jr. side mode is… well, it’s better than you’d expect! 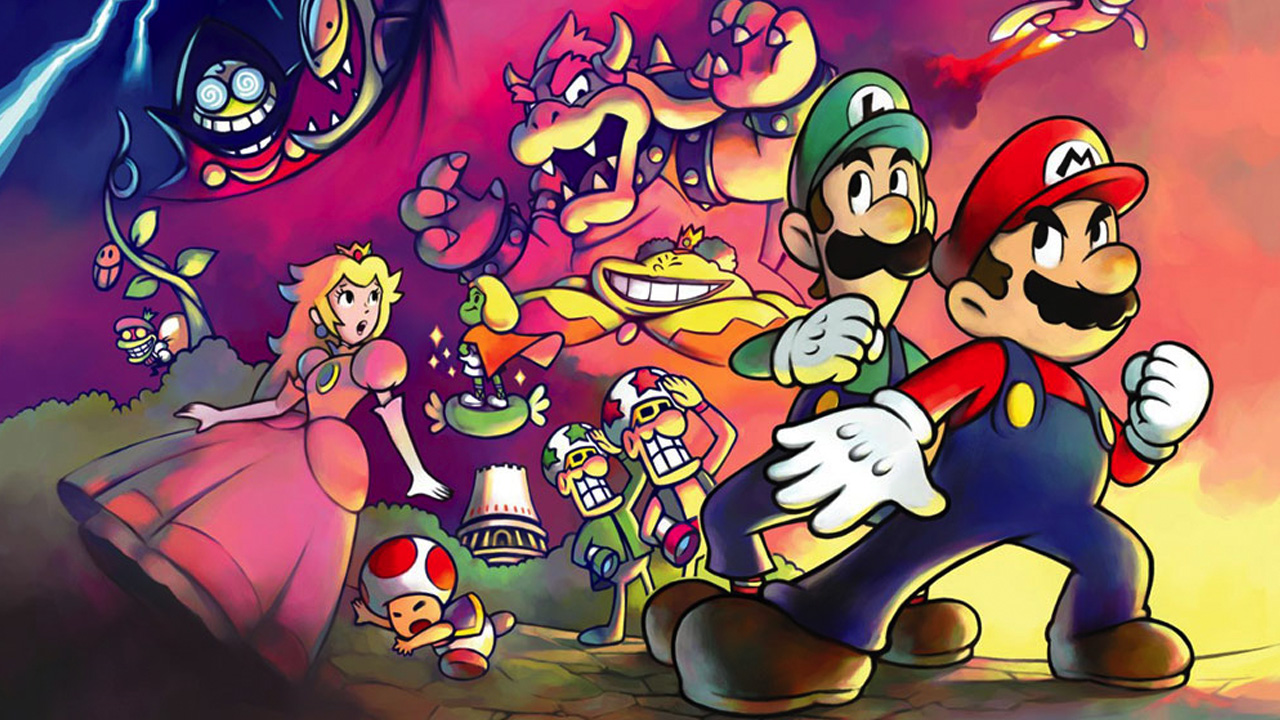 1996, SNES (Square)
Available on SNES Classic Edition
It’s a gem in the SNES’ library, and we expect a lot of people may get mad that it didn’t make our must-plays. We get it, but bear with us! While Mario RPGs generally have an appeal that transcends genre, Legend of the Seven Stars has its fun by reveling in tropes and coating the traditional RPG experience with Mushroom Kingdom characters. This makes a lot of sense, of course, as that’s exactly the sort of thing you get ’90s Square to make, but it does mean that you need some familiarity and affinity for those elements to get everything out of the game that was intended. Still, though, Super Mario RPG is great, even though it doesn’t age particularly gracefully.

2003/2017, GBA/3DS (AlphaDream)
GBA version available on Wii U Virtual Console
The Mario & Luigi series was born to give the plumber more of a presence on Nintendo’s popular handheld, and at the time, that market was all about RPGs. It’s less about thinking than Paper Mario and more about precision, implementing the one-button-per-brother system that would stick to this day. It also borrows some of the ideas of the first Paper Mario, like limiting numbers and items to make each of them count. It’s a bit rough around the edges (as most debuts are), but it shows the promise of the series: one of whimsy, action and Fawful. Oh, so much Fawful, yet somehow also not enough. The 3DS version offers more of an upgrade than the Bowser’s Inside Story one, but the Minions mode is very much not worth your time.

1999/2000, GBC; 2004/2005, GBA (Camelot)
Available on 3DS Virtual Console (GBC), Wii U Virtual Console (GBA)
It’s still somehow a secret to so many, but those who have discovered the handheld installments of Camelot’s Mario sports games know how engrossing and deep they can be. It shouldn’t be surprising, given that when Camelot isn’t making golf and tennis games, it’s making Golden Sun and Shining Force. There’s equipment to gather, bosses to beat and a world to explore, all around a complex and time-tested battle system. It’s just that said battle system is sports. 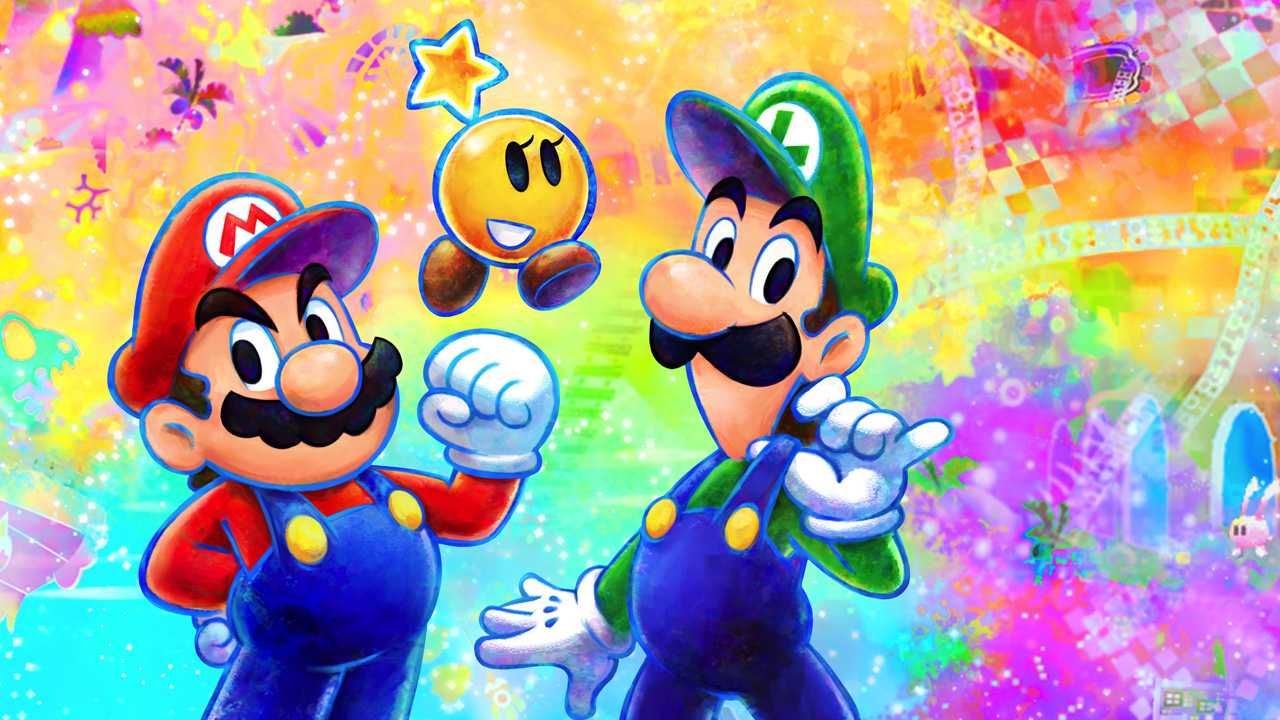 2005, Nintendo DS (AlphaDream)
Available on Wii U Virtual Console
After building its first Mario & Luigi game around the GBA’s two face buttons, AlphaDream looked at the DS and made its obvious logical leap. Handling both adult and baby plumbers is a bit tricky and not exactly a lot of fun, but there’s still a lot in Partners in Time to enjoy.

2013, Nintendo 3DS (AlphaDream)
In gameplay as well as chronology, Dream Team was a direct successor to Bowser’s Inside Story, replacing the inside-Bowser segments with those inside Luigi’s dreams. The concept is generally the same, though, as you’ll swap between overworld exploration and 2D platforming puzzles. Why’s this game so much lower, then? It’s because it can’t stop talking. We love Treehouse’s banter, but at some point, it needs to get through the tutorials and chatter and to the actual gameplay, and Dream Team just takes a bit too long on all fronts.

2020, Switch (Intelligent Systems)
While the recent era of Paper Mario has made a lot of bad choices, Origami King is, at least, the best of the three. It doesn’t have interesting battle systems or a feeling of growth, and its world is still devoid of interesting characters, but the writing and visuals are often stellar. We’d… understand if those aren’t enough for you.

2007, Wii (Intelligent Systems)
It’s a platformer, not an RPG, but it’s included here for thoroughness’ sake. And it’s a lot of fun for what it is! In development around the same time as Fez and releasing much, much sooner, it also plays with the idea that there’s depth behind a 2D facade. It’s worth checking out, but suffered from very different expectations. 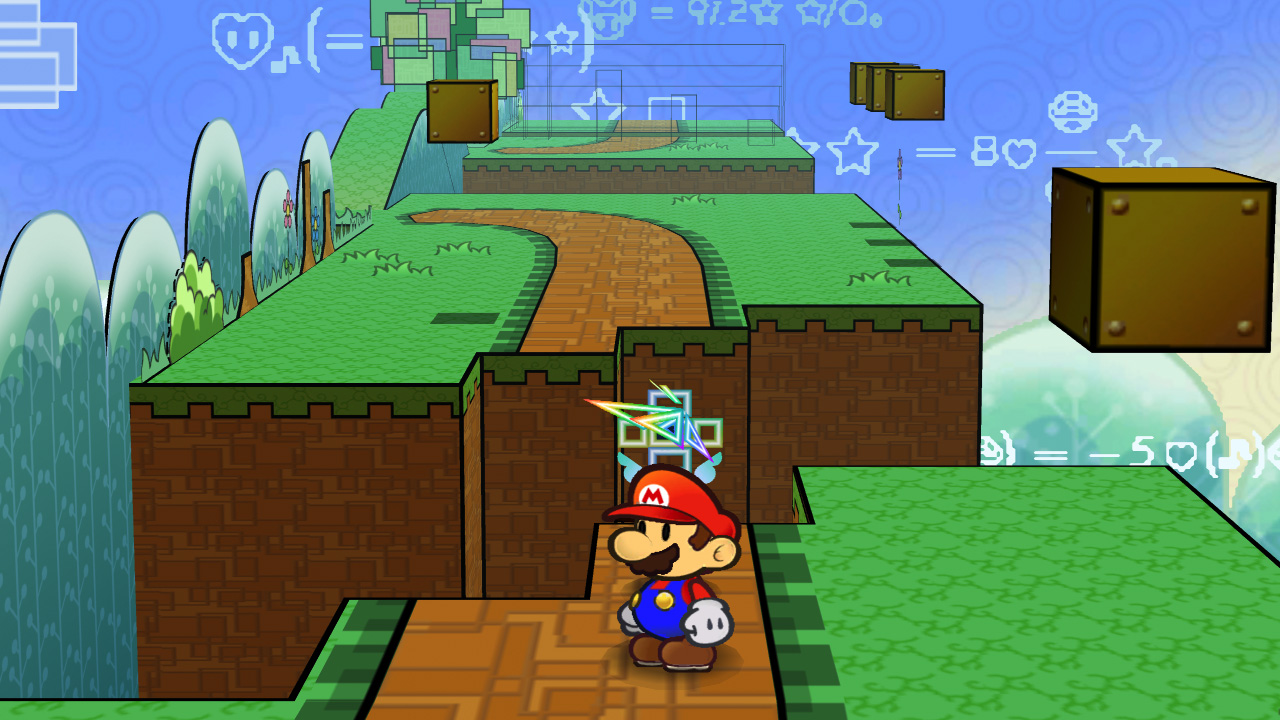 2015, Nintendo 3DS (AlphaDream)
Paper Mario has a guest-starring role in this release, but make no mistake: this is a Mario & Luigi game at heart. (And one that keeps putting in more gimmicks, which it should really stop doing.) It’s essentially Dream Team again, but now with added moments to remind you how sad it is that we keep getting sub-par Paper Mario games! So it’s slightly less fun.

2002, Game Boy Advance (AlphaDream)
This game’s the predecessor to Mario & Luigi, and not just in AlphaDream’s release schedule. The team worked with Nintendo on this bright, stylish JRPG, and it turned out well enough that it was entrusted with the Mario property for its next big project. Sadly, it has never been released outside Japan, and no translation patch is currently available.

2001, Game Boy Color (Camelot)
If you love the portable Mario sports games, you may want to check out a Japan-only game that’s Mario Golf GBC 2 in all but name. It was a crazy-late release for the platform that took advantage of the Mobile Adapter GB’s online play, but besides that, it’s just more of that cool RPG golf you love. See more of it here.

2008, Nintendo DS (BioWare)
Sure, it’s not a Mario game, and sure, it doesn’t reach the same heights, but if you’re looking for a spiritual successor to Super Mario RPG, this is it. BioWare used Square’s SNES game as a model for combining platforming characters with role-playing, and it’s worth playing if you’re the type who prefers that game to the rest of this list.

2012/2016, 3DS/Wii U (Intelligent Systems)
These are bad Paper Mario games, and maybe even bad games in general. They look like Paper Mario, to be sure (and Color Splash has some great writing at times), but they remove progression and build both combat and exploration around frustrating consumable systems. We recommend you play literally every game above this in the list before these, which is… sad. We love Paper Mario and the modern turn of the franchise broke our hearts.

What’s your favorite Mario RPG? Let us know on Twitter! And check out more of our helpful guides.