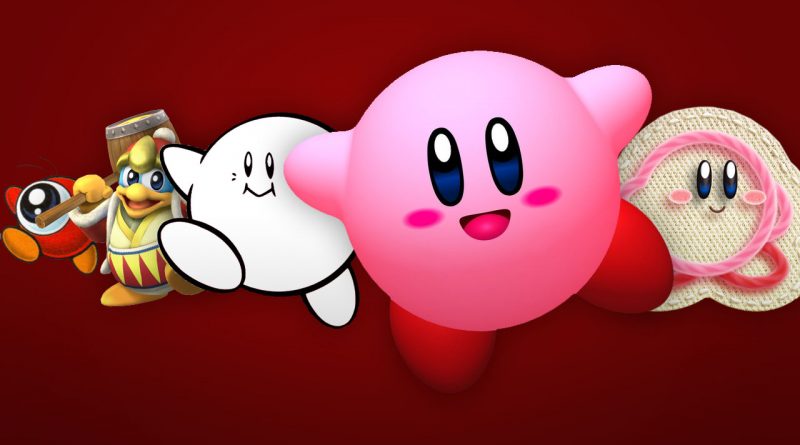 Kirby’s been on a lot of extracurricular outings, but at heart, the pink puffball is still most at home in the side-scrolling world of running and jumping. So which should you play? Read on for our recommendations! 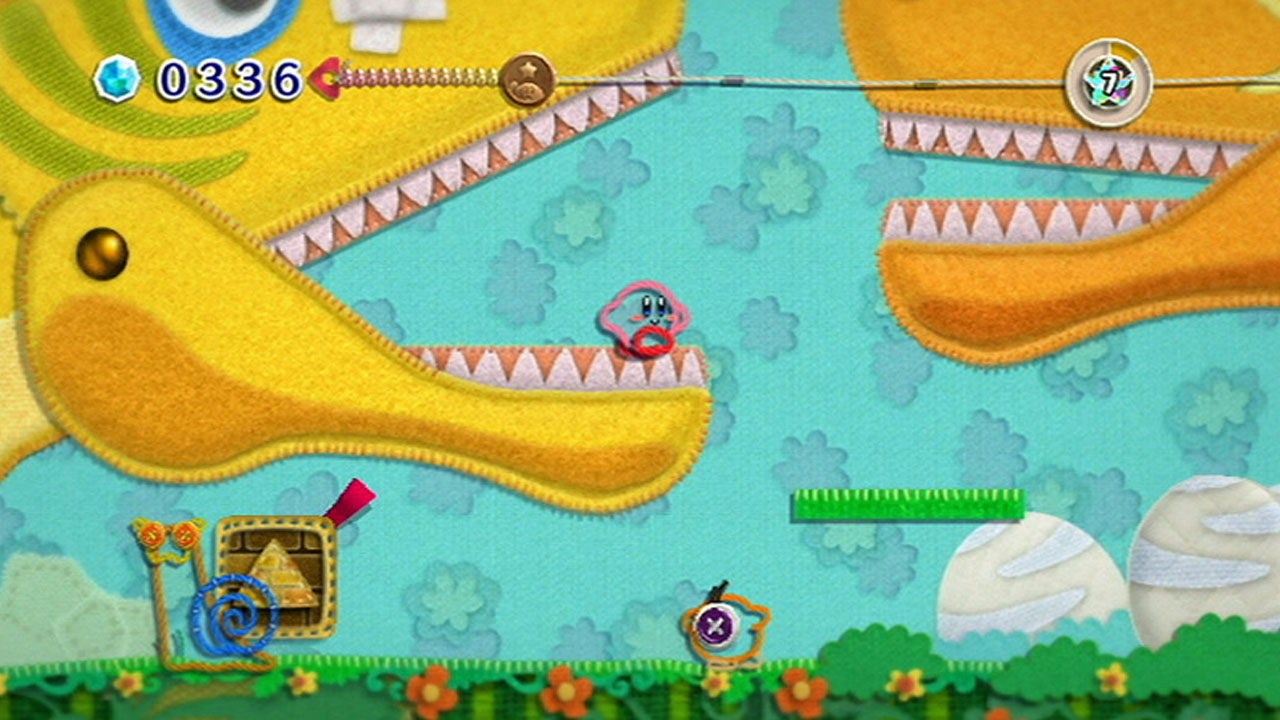 2008, Nintendo DS (HAL Laboratory)
If you only play one Kirby game — and that’d be a shame — it should be Super Star, a consolidated bundle of all that makes Kirby what it is. There are power-ups, buddies, minigames, big levels, little levels… other games would explore each of these aspects in greater depth, but this game’s a bowl full of candy that’s all different but all tasty. The Ultra remaster adds, well, a lot more stuff!

2010, Wii / 2019, 3DS (Good-Feel)
At first glance, this game doesn’t look much like Kirby, and it’s true that it skips the special powers, but everything else about it justifies its inclusion in the series (and this list). It’s charming and a relative breeze, with the challenge being largely self-imposed and the fun being in big set-piece transformations and moment-to-moment whimsy. It’s nothing like other Kirby games, and yet so much like them at the same time. The 3DS port adds some fun side stuff that definitely doesn’t ruin the experience, but both releases deliver the important parts.

2002, Game Boy Advance (HAL Laboratory)
Available on Wii U Virtual Console
An excellent remake of the game’s defining entry, Kirby’s Adventure. This one’s really a seminar in level design, with interesting platforming challenges and enough variety to keep you coming back without the later releases’ gimmicks. Most of the games below were just trying to be like Adventure; this game’s the only one that truly managed it. 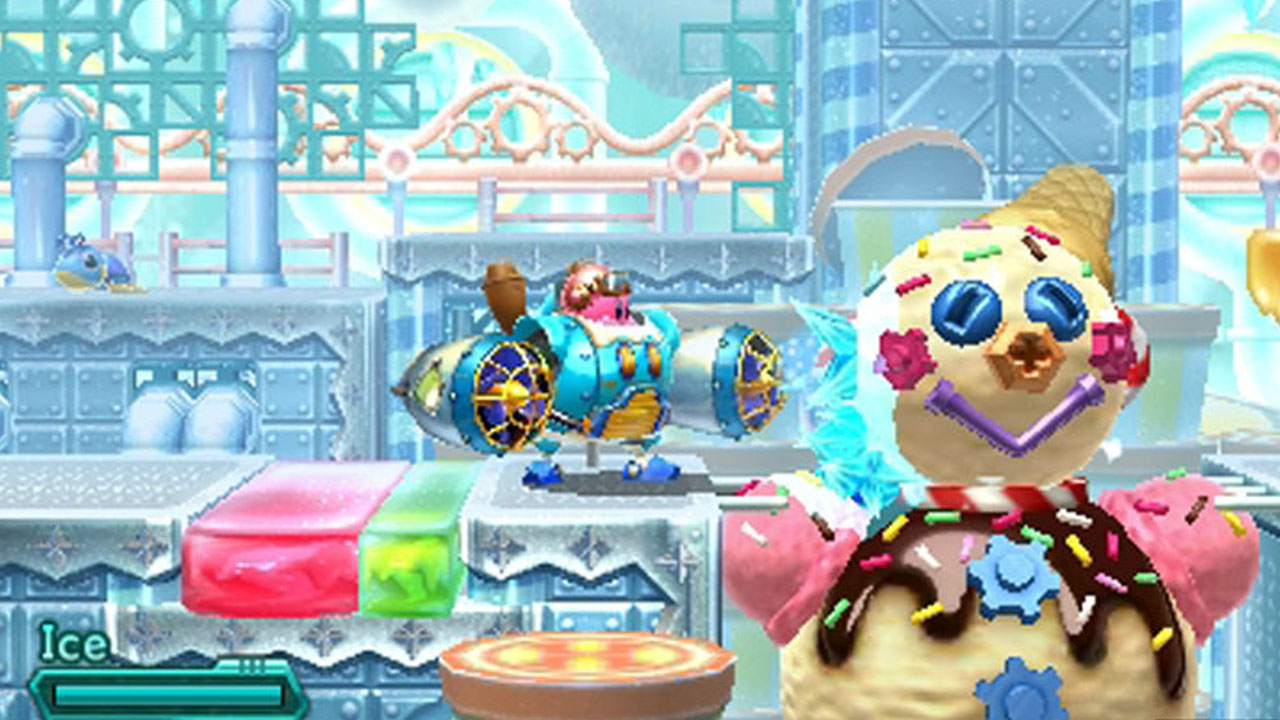 2016, Nintendo 3DS (HAL Laboratory)
The second 3DS release really doubles down on power variety, fleshing out move options for each one and even having separate versions of things you can do in your robotic armor. It’s also learned a few lessons from the first 3DS game, playing around with the gimmicks that worked and setting others aside for some fast-paced levels that are more about exhilaration than past games. There are also some fun side modes in this one!

2000, Nintendo 64 (HAL Laboratory)
Yeah, it’s short. Yeah, the look doesn’t hold up particularly well. Here’s the thing, though: combining powers may have been the best idea in the series’ history. It’s just plain fun to grab two elements and see what they make. How about dynamite? How about a refrigerator? How about an enormous cutter made out of your face? This needs to come back, and hopefully it will. Until then, you need to go play The Crystal Shards.

2018, Switch (HAL Laboratory)
Speaking of attempts to bring back older ideas, Star Allies has a lot of them, with varying degrees of success. It combines powers, but not in as fun a way, and it builds out large move sets for abilities like the 3DS entries, but with a somewhat lessened pool of options. Still, it’s a solid entry for the series, and — for now — the best one to play with four players, knocking Return to Dream Land down a few pegs. Also there’s a mode that lets you play the game as Waddle Doo. That is very good.

1997, SNES (HAL Laboratory)
Available on Wii U Virtual Console
Released way too late in the SNES’ life cycle to grab the attention it deserved, Dream Land 3 built its friendly adventure around a hand-drawn art style that transcended platform generations and a partner system that allowed for cooperative two-player and varied solo play. Also, you meet Kirby’s good friend Gooey! They’re basically inseparable. And then you never see Gooey again for the entire franchise until a non-canon appearance in a post-launch update to Star Allies, which… just doesn’t seem like a fitting end for the little bud. 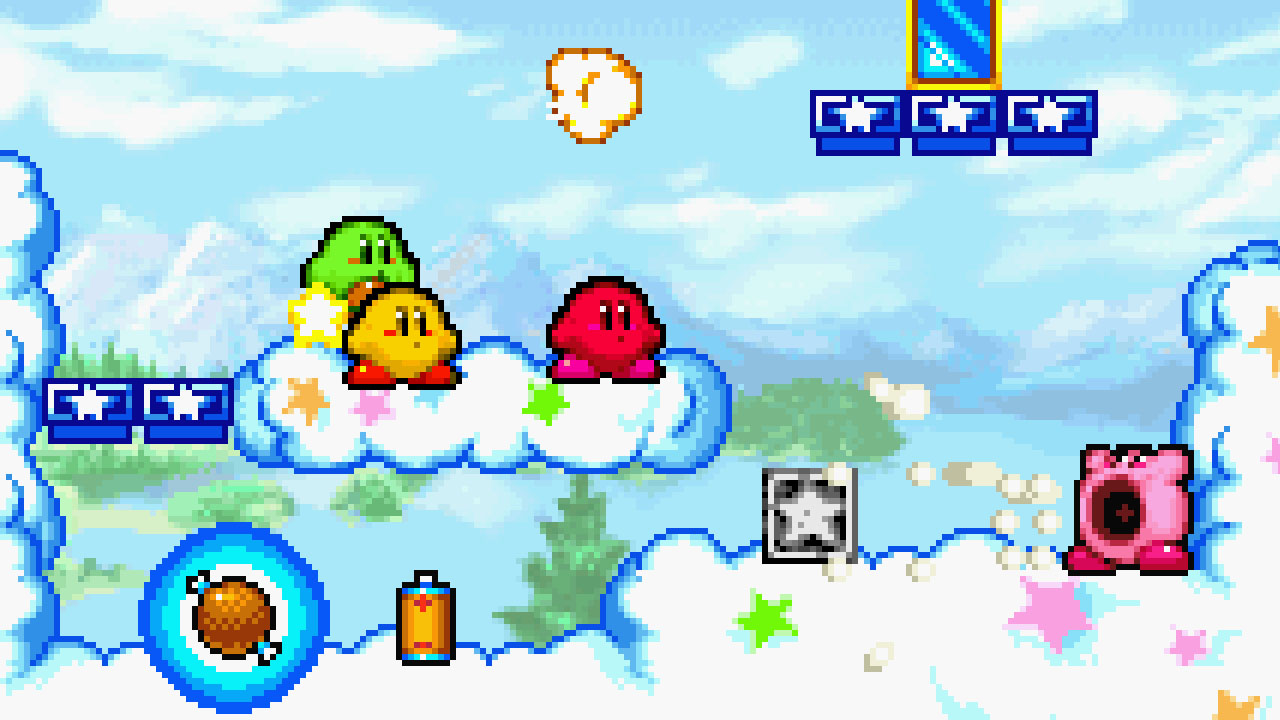 2004, Game Boy Advance (Flagship/HAL Laboratory)
Available on 3DS (ambassador), Wii U Virtual Console
There was briefly an era for the series when developer Flagship stepped in while HAL focused on other things, and when you ask Kirby fans about the games of the time, you’re usually met with a shrug. The company does good work — just look at the Oracle games and Minish Cap it made when it stepped in for the Zelda series — but their Kirby titles feel a bit bland. What Amazing Mirror has going for it, though, is its nonlinear structure. It’s not the best Metroidvania, but it’s certainly a new approach to a series that generally does the same things over and over.

2011, Wii (HAL Laboratory)
Many of the Kirby spinoffs played with multiplayer ideas, and they returned to the core franchise with this Wii installment. Essentially, this is the New Super Mario Bros. Wii of the series, playing off that huge success to do its own thing here. The differences? First: Kirby‘s not about competition, so some of the more underhanded Mario sabotage moves just aren’t possible here. Second: you can use characters with different abilities! You’ll lose the ability to copy things, but when you’re swinging around Dedede’s hammer, that seems like an okay trade-off. Star Allies polished a lot of these ideas, but this is still a decent option once you’re done with that one.

2014, Nintendo 3DS (HAL Laboratory)
Triple Deluxe may be the shiniest entry in the franchise, a metaphorical (and at times literal) charm bracelet of short, sparkling levels. Robobot is a better representative of the era, but if you want more of the sort of thing that game offers, this one’s certainly a solid understudy.

1995, Game Boy (HAL Laboratory)
Available on 3DS Virtual Console
Kirby was born on the Game Boy, and that hardware has really shaped the series it would become in the modern era. Its small screen means the franchise isn’t about long jumps or big maps. Its monochrome capabilities mean characters have exaggerated features. The limited memory means it had to become good at recycling the same enemies and environments without losing gameplay variety. The franchise found itself by Dream Land 2, and it shows that legacy proudly. It’s also way harder than it needs to be, so keep that in mind. 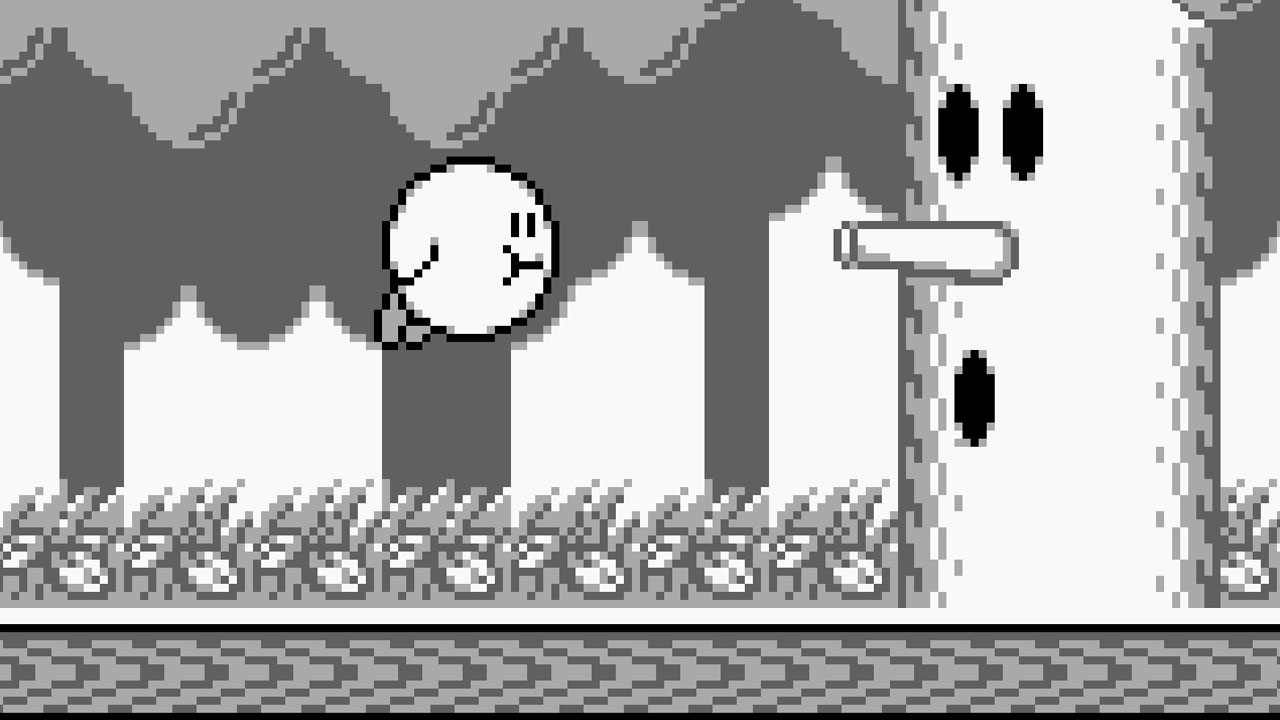 2006, Nintendo DS (Flagship/HAL Laboratory)
If you skip any of Kirby’s adventures, this one’s definitely the one to pick. There really aren’t any bad games in the library, but Flagship doesn’t bring the novelty and adorable world-building for which this series is known. It’s… fine? You know. Shrug.

1993, Game Boy (HAL Laboratory)
Available on 3DS Virtual Console
The beginning of the series is a charming game in its own right, but it’s also very barebones and more of a proof of concept that would be borne out in later releases. It’s best viewed in an academic context, as it feels empty without Kirby’s trademark powers. Dream Land 2 is a lot more fun! When it isn’t killing you. So maybe this half-hour game has its selling points.

1993, NES / 1996, SNES (HAL Laboratory)
Available on Wii U Virtual Console (both), SNES Classic (Super Star), NES Classic/3D Classics (Adventure)
Two wonderful games in the franchise are generally not worth picking up now, only because they’ve been replaced by their remakes. They may be more available to you and aren’t bad options, but there’s no reason to play them if you’ve played their successors.

Various (HAL Laboratory)
These three games are technically platformers, but their purpose really is to be experimental HAL titles rather than proper Kirby games. They’re cool! They’re just not really at home in this list.

2012, Wii (HAL Laboratory)
This release is generally a collection of ROMs of games already on this list, but it’s worth mentioning not only as a great way to play some of these games, but also for its collection of extra challenges built in the Return to Dream Land engine!

What’s your favorite Kirby platformer? Or do you stick to the weirder releases? Let us know on Twitter! And check out more of our helpful guides.