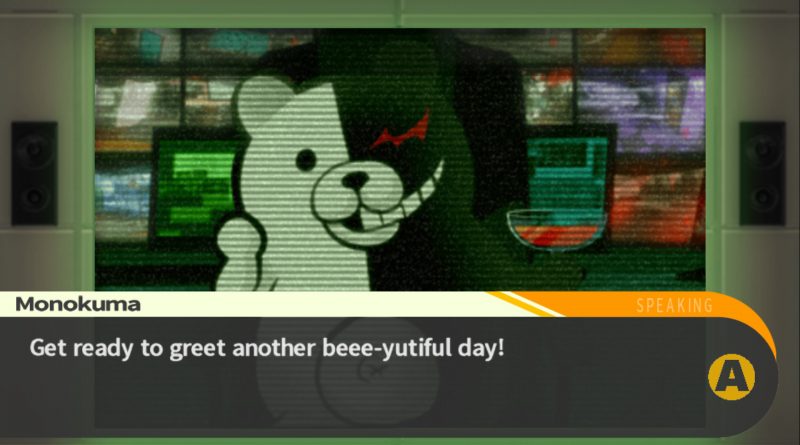 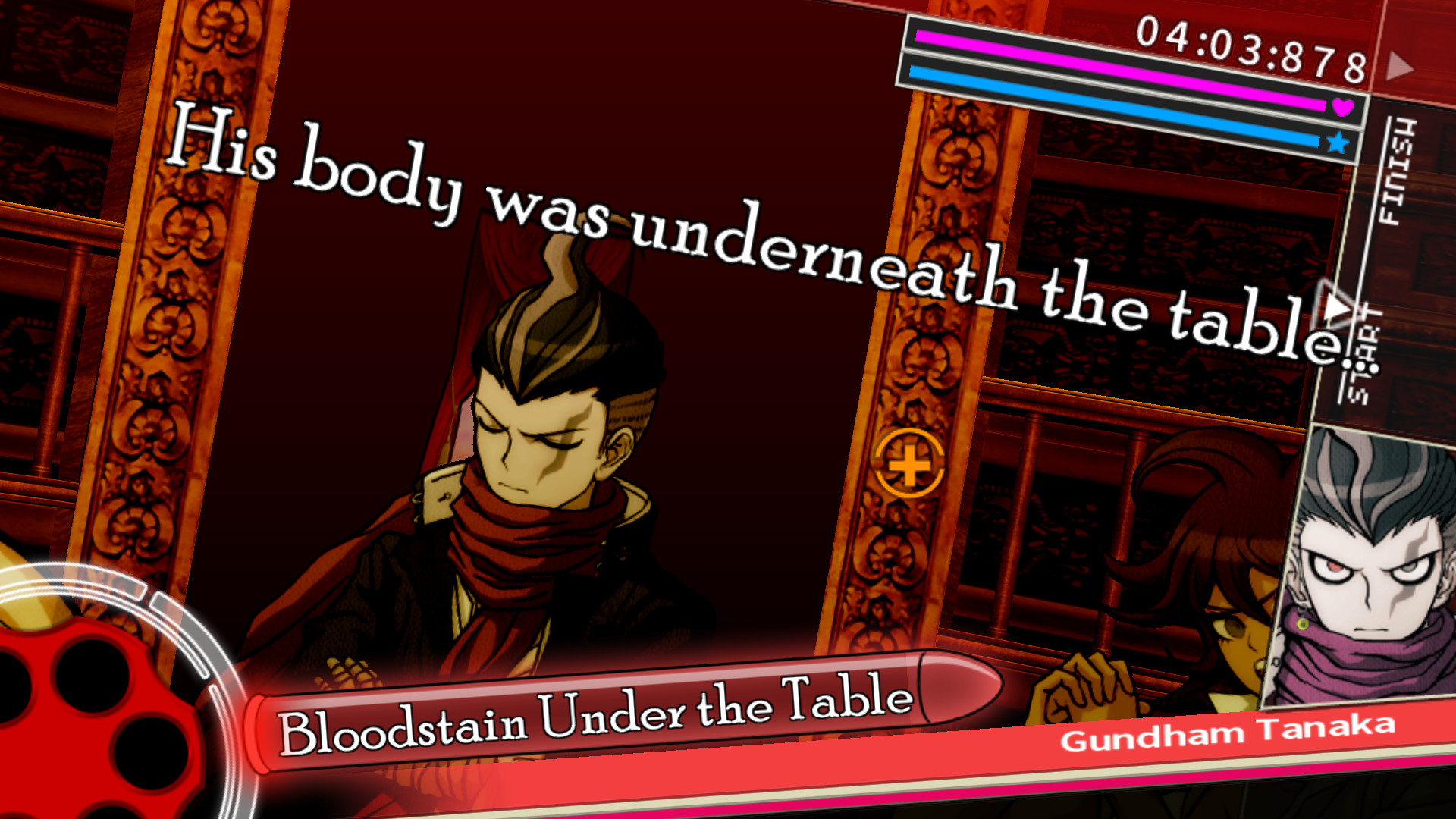 Danganronpa is a series of games that mashes up elements from point-and-click adventures and courtroom simulations. Players always find themselves in the role of a high school student trapped in a school. The only way to escape is to try and kill a classmate. However, an investigation and trial are held whenever this happens, as the people who remain would die while the murderer escapes. Since we are typically following a good protagonist, this means our character is trying to find the murderers to stay alive until some sort of safe escape can be attempted.

This means most traditional Danganronpa games follow a set progression. There is a School Life portion of the game, where you can wander around the school to learn more about your situation and get to know your fellow classmates. Building bonds with them through conversations and giving gifts can unlock skills to help you during trials. After a few in-game days, a murder will occur. This kicks off an investigation period ahead of the Class Trial, where you explore your vicinity to collect testimony and find evidence. After everything of value has been found, the Trial begins. You then use evidence to fire Truth Bullets to pierce arguments, play some minigames and expose the murderer. The process repeats until your way to freedom. 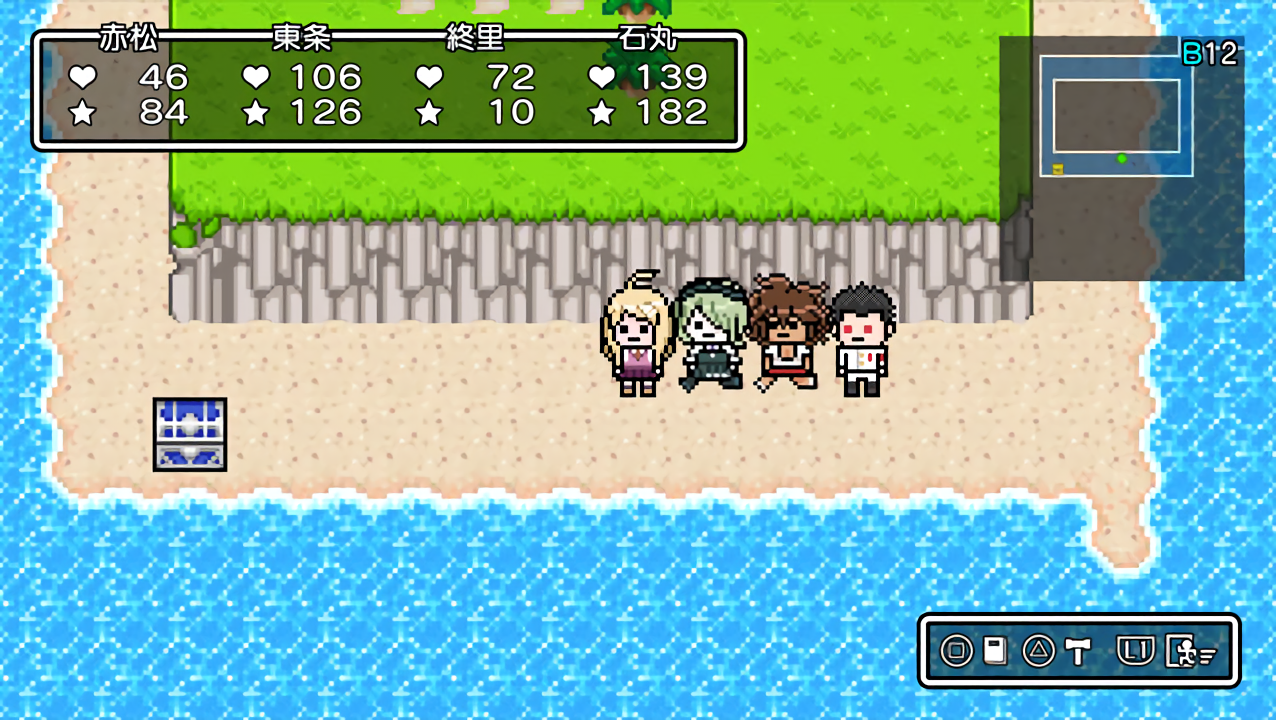 How many Danganronpa adventures are there?

There are three main games that follow the traditional formula so far. Each one of these is divided up into school life, investigation and class trial portions. While the first two are directly tied to one another and should be played consecutively, the third game is a stand-alone property that does not require any prior knowledge.

The Danganronpa series is seven years old already! That’s pretty crazy, right? Well, it did not arrive in other regions until 2014, when the PlayStation Vita port was released, so it is easy to forget how old it actually is. This PSP, PS4, Vita, PC, and mobile game kicked things off with a young man named Makoto attending Hope’s Peak Academy, a school where the best of the best learn. He’s an ordinary student picked in a drawing to enter, thus making him the Ultimate Lucky Student. Shortly after entering, he passes out and awakes in a locked down school with 14 other students. Monokuma appears to say they are trapped there forever, unless they attempt to graduate by getting away with murdering a classmate.

In a way, it is a blessing that it took so long for Danganronpa: Trigger Happy Havoc to come west, because it meant the direct sequel followed shortly after. While Danganronpa 2: Goodbye Despair debuted on the PSP, the PlayStation Vita version was the first one we saw in 2014. It has since been followed by PC and PS4 ports worldwide. This installment takes a group of 16 Hope’s Peak Academy students and their teacher, a rabbit robot named Usami, to Jabberwock Island for a school trip where they form bonds with one another. The problem is, Monokuma shows up to turn it into a killing game. Once again, you attempt to survive and escape the island, all while pointing out the killers when they appear.

The most recent Danganronpa is a reboot of the series. It still involves Hope’s Peak Academy, Ultimate students and Monokuma, but the characters, motivations and storylines are all new. Everyone is an amnesiac, until exposed to a Memory Light by Monokuma Kubs. They then learn about the rules of the game and what they must go through to escape. It is then that players try to find a way to escape. 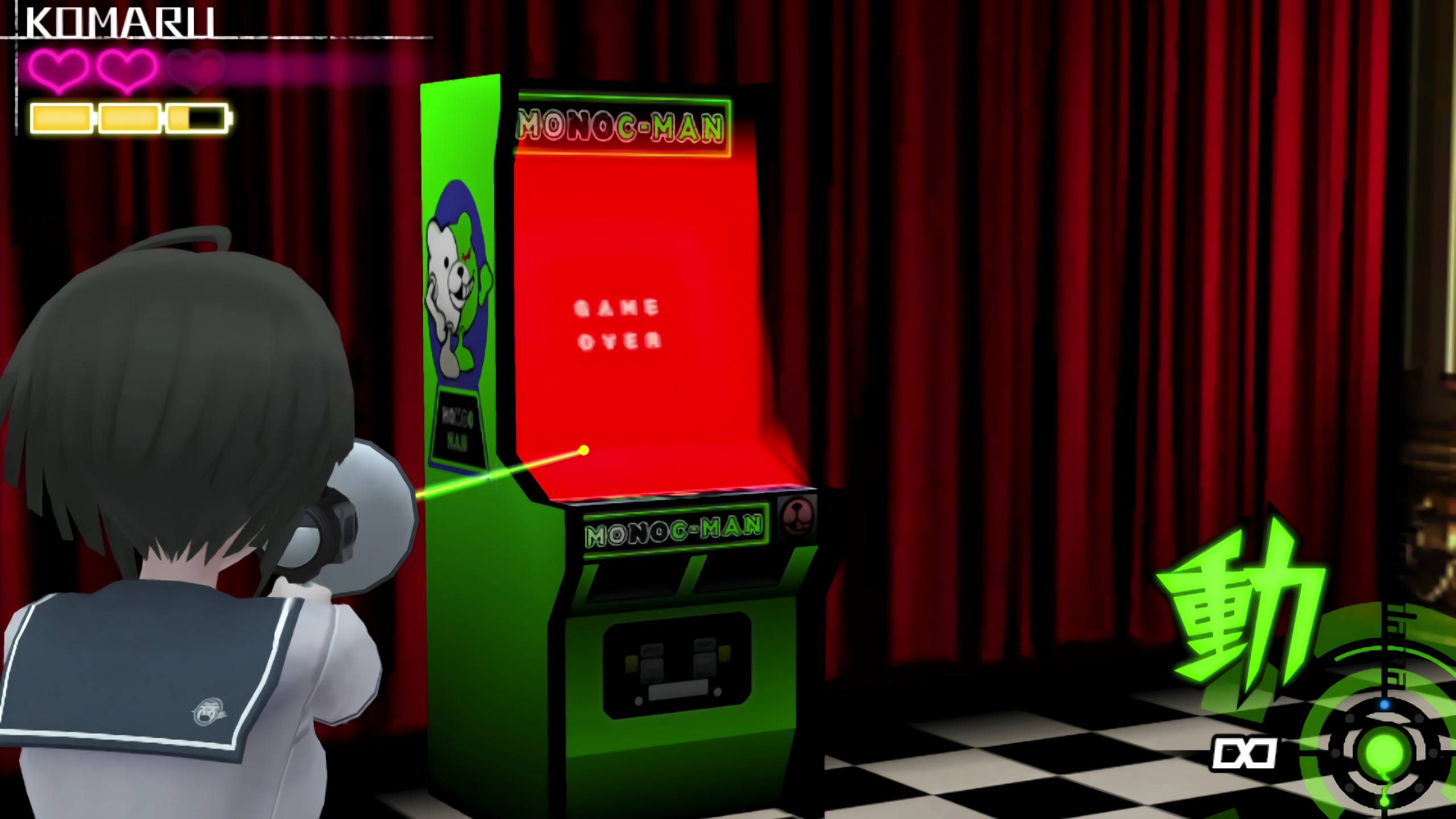 In a word? Weird. One of the Danganronpa spin-offs bears a great resemblance to major installments in the series, but the others do not. Each one attempts to capitalize on the success and story of the original Danganronpa: Trigger Happy Havoc, so you will enjoy them most if you played that entry.

Did you enjoy Resident Evil 4, but wished it had bears instead of zombies and more puzzles? If you answered yes, Danganronpa Another Episode: Ultra Despair Girls is right for you. This third-person shooter picks up after the events of the original game and before the second. It follows Komaru Naegi, the little sister of Makoto, as she attempts to escape Towa City and its siege of Monokuma robots unleashed by the Warriors of Hope, a group of demented grade-schoolers. It originally appeared on the Vita and was ported to the PS4 and PC in 2017. Play it after playing Danganronpa: Trigger Happy Havoc.

This Japan-only exclusive was a free-to-play game that… really had nothing to do with Danganronpa? You could collect and use characters from the first two games as your units, which you would then fire at enemies that looked like Monokumas to eliminate them. It was a rather typical action game that isn’t all that different from Monster Strike.

Cyber Danganronpa VR is essentially a tech demo for the PlayStation VR headset. It is a free experience that lets people go through a first-person version of Danganronpa: Trigger Happy Havoc’s fourth Class Trial. Needless to say, you shouldn’t play it unless you have played the original game or are okay with seeing spoilers. 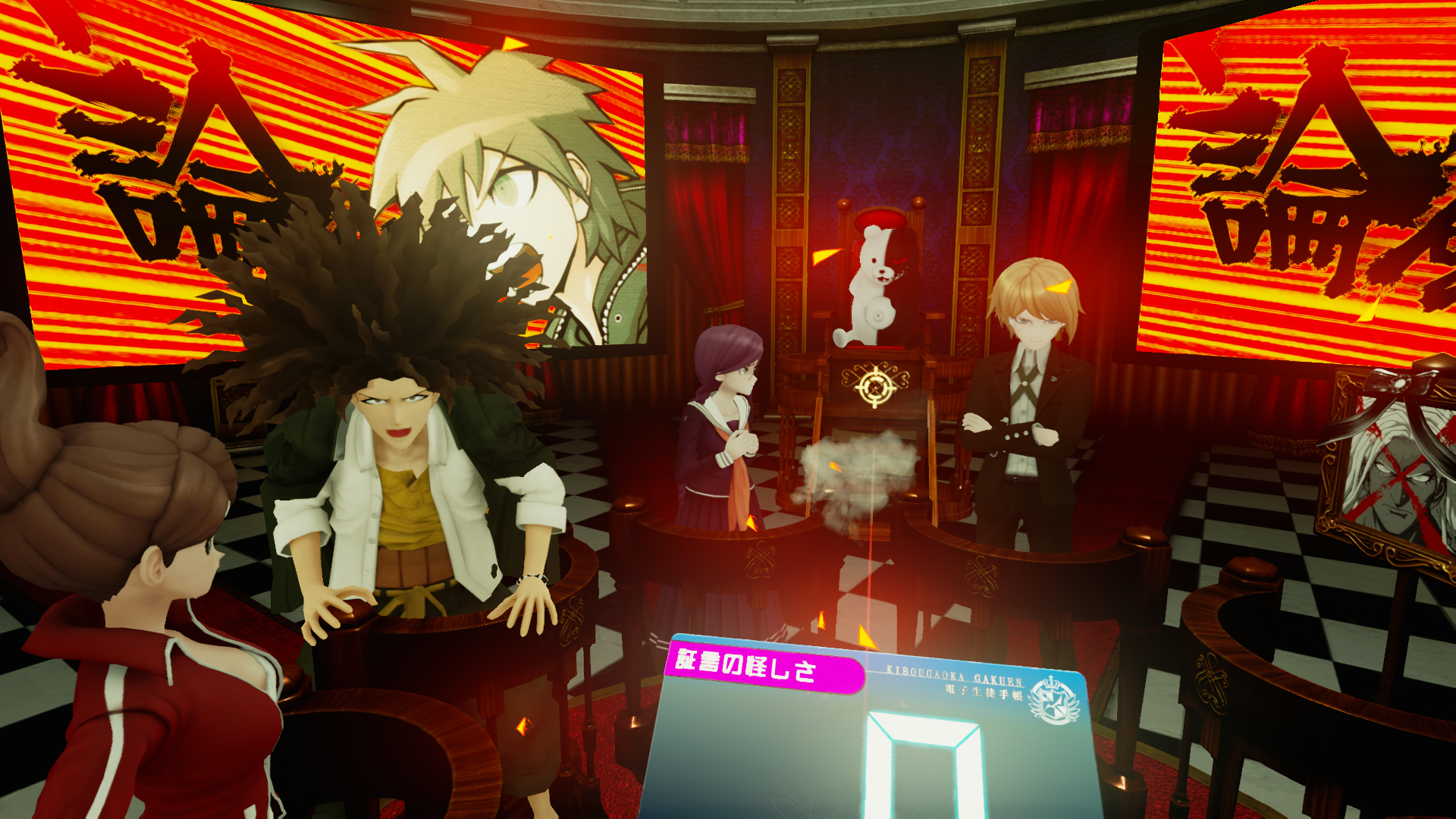 Is there any other way I can get down with Danganronpa?

Absolutely! You may have some trouble getting some of the manga or novel volumes, but the anime series is available in all regions in English. This is important for two reasons. First, because the first anime series follows the events of the original game. This is great for people who want to jump into the sequel, VR demo or Ultra Despair Girls. Second, because the second anime series actually serves as a conclusion for the storyline of the first two installments.

Danganronpa: The Animation is a 13-episode series from Lerche. It is a condensed version of the Danganronpa: Trigger Happy Havoc storyline and does a rather good job of paying tribute to the series. Funimation, Manga Entertainment and Madman Entertainment have released it in various regions outside of Japan, which means it should not be too difficult to find and watch it.

This series is the big deal. Side: Future, Side: Despair and Side: Hope fill in all the blanks. The first portion, Side: Future, follows 12 members of the Future Foundation as they conclude the series and search for a traitor within their ranks. Side: Despair is a prequel to the entire series. Finally, Side: Hope was a closing episode that shows the events of the final battle against despair.