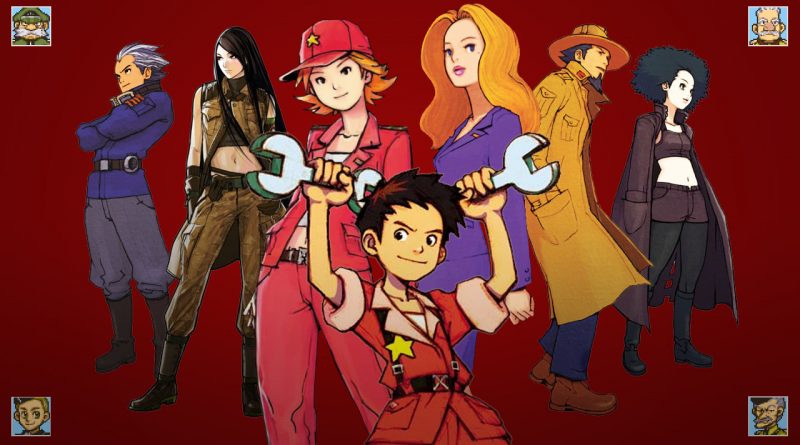 While the Fire Emblem series has been experiencing a renaissance, the same couldn’t be said for its longtime compatriot, Advance Wars. The other strategy franchise from Intelligent Systems has been dormant since 2008. Well… not anymore! And we’re psyched. But until Re-Boot Camp releases, digging back into those older titles is the way to go. Where should you start? Read on. 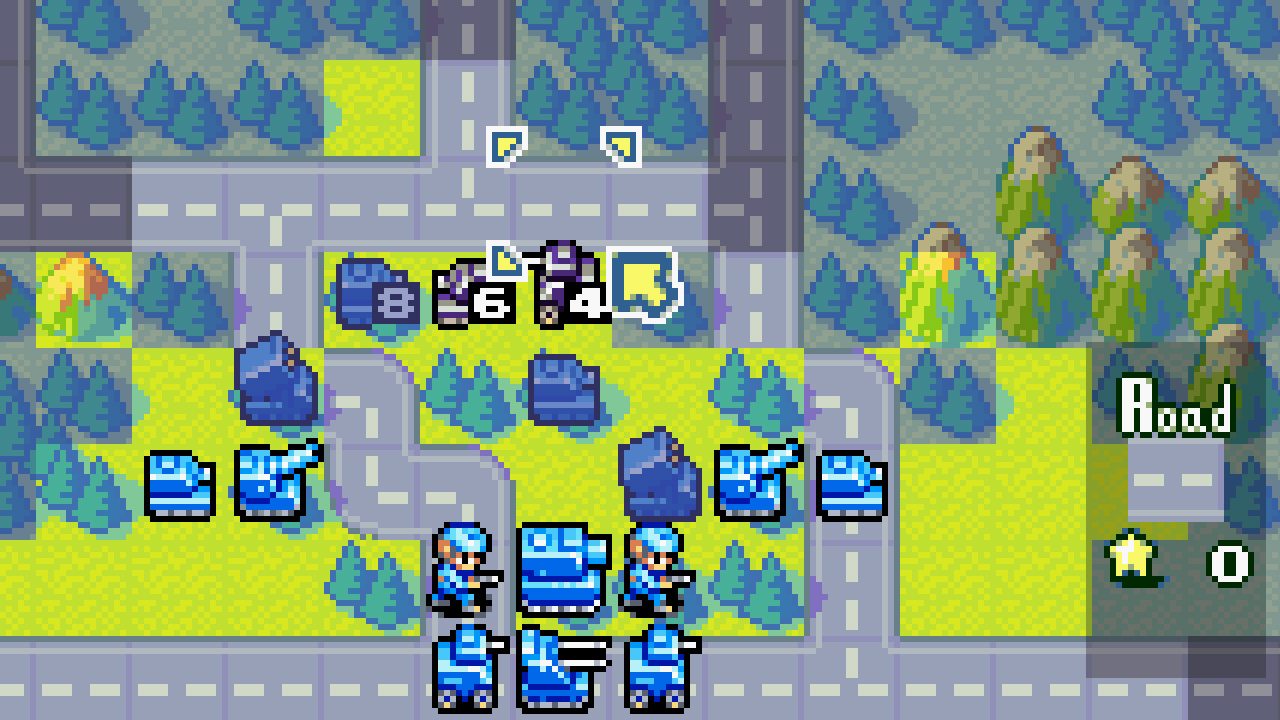 2012, Game Boy Advance (Intelligent Systems)
Remastered in Advance Wars 1+2: Re-Boot Camp (2021)
Advance Wars 2 is known for being the best game in the series, and with good reason: it has balanced abilities, a compelling campaign and robust selection of options and maps to unlock. It builds on the first GBA game, but it doesn’t carry the burden of introducing its concepts to new audiences, and this freedom and comfort is very much used to its benefit. (Some people don’t like Neotanks, though.)

2005, Nintendo DS (Intelligent Systems)
While Black Hole Rising is the best game in the series, Dual Strike is certainly the most: there’s a ton of stuff in this game, and it’ll take you a long time to buy and play it all. That also means it’s robust enough to recreate most, if not all, of what’s found in the games that preceded it. It falters a bit in its own campaign, as the Dual Strike ability overwhelms all other elements of strategy, but for multiplayer options and War Room challenges, it can’t be beat. 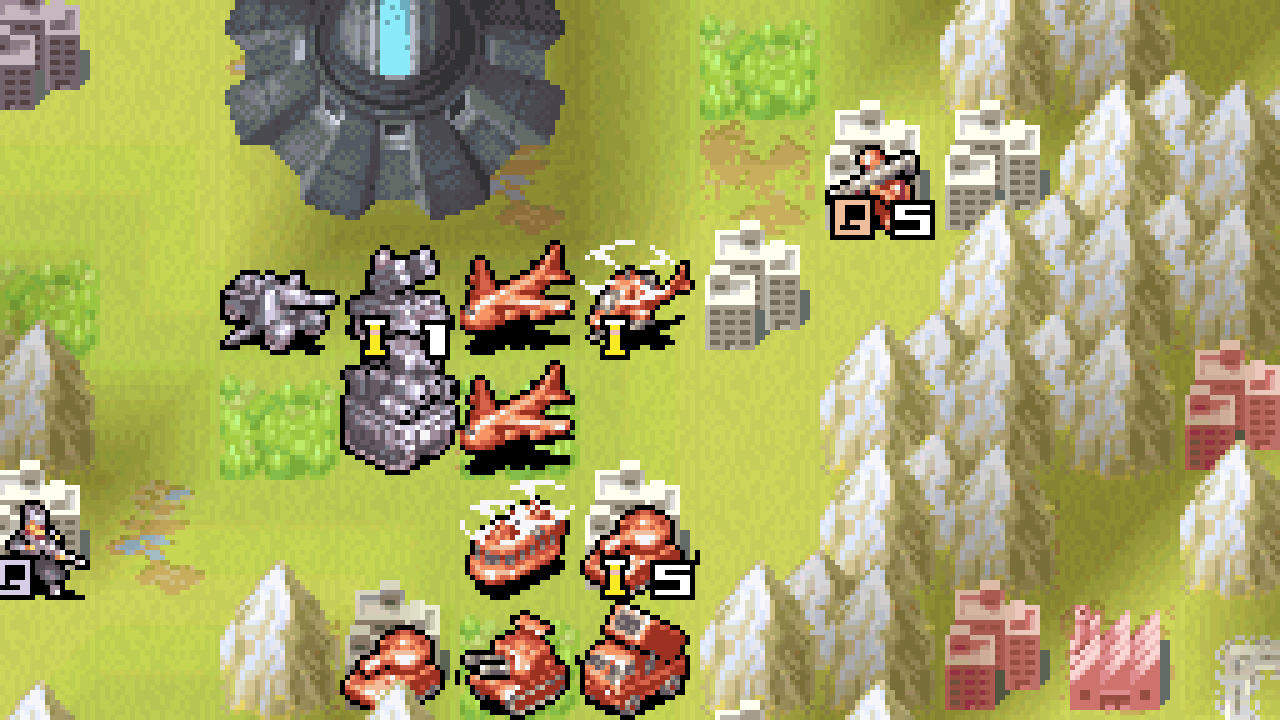 2008, Nintendo DS (Intelligent Systems)
The last original release (to date) in the franchise decided to change things up, for some reason. Called Dark Conflict in PAL territories, it was clearly an effort to appeal to Western markets with a gritty world and more desperate characters. (This Western focus made it much-delayed in Japan and may have led to its long hiatus.) Gameplay-wise, Days of Ruin is the anti-Dual Strike, scaling back special powers and focusing almost entirely on unit balance. You could play it online back in the day, but now it’s more of a solo game than anything else.

2001, Game Boy Advance (Intelligent Systems)
Remastered in Advance Wars 1+2: Re-Boot Camp (2021)
The first entry to be released in English is still a favorite of many, and it’s credited with a campaign well-crafted to introduce not just how to play, but how to play well. This was always the biggest hurdle for accessible strategy, and in some ways still is: it’s not the easiest thing to pick up all the interfaces and unit benefits. It’s also to its credit that so many of its new ideas stuck around for later releases: it got so much right.

2001, Game Boy Color (Hudson Soft)
Import-Only, Fan Translation Available
It’s somehow a rarity in games localization, but yeah, the games in the series released in the West were actually all the best ones. If any Japan-only one comes close, though, it’s this one, a Game Boy Color game released less than two weeks before Advance Wars‘ debut. Made by Military Madness developer Hudson Soft, it’s the pinnacle of the ideas represented in the line of games they largely championed: offset rows of squares, cumulative capture systems, dense maps and a one-on-one focus that made sense on the early handheld. It’s not exactly a common find, but it’s worth it. 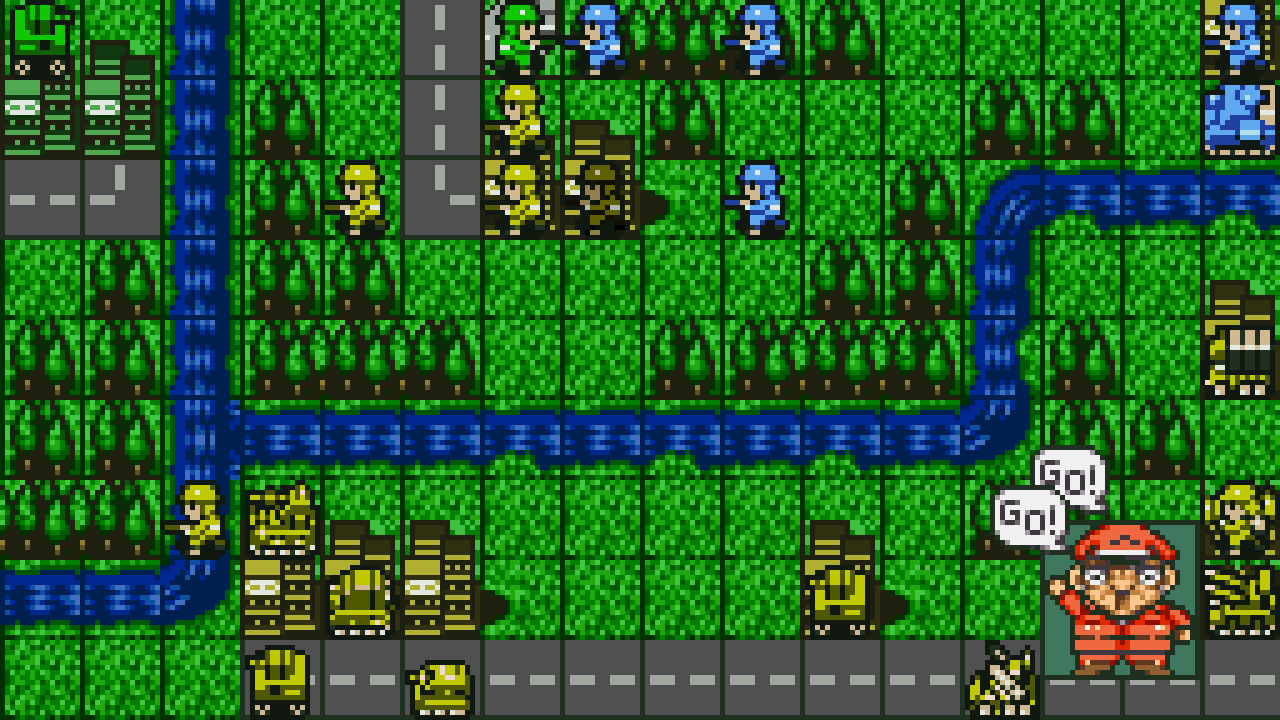 1998, SNES (Intelligent Systems)
Import-Only, Fan Translation Available
Most easily acquired these days on the Wii and Wii U Virtual Consoles, Super Famicom Wars was one of those late SNES releases for rewritable SF Memory cartridges and in large part a full remake of the Famicom original. What it added, though, was a full set of four-faction maps, a first for the series. The COs here are less nuanced and more like ways to ratchet up the difficulty on yourself, like the “I just have more money” Billy Gates. Still, if you love the series, this is a fascinating part of its history and the last appearance on home systems.

1997, Game Boy (Hudson Soft)
Import-Only, Fan Translation Available
While Intelligent Systems was off working on N64 projects (and, somehow, still a few Super Famicom releases), Hudson Soft picked up the long-dormant handheld side of the franchise and ran with it. The match made sense, given the developer’s Nectaris roots, and it’s another example of the company’s true merit in that era. This game mostly just re-coded the original game’s AI to work a lot faster, but it’s a cool game to have, not least because it comes in a cool little tin. 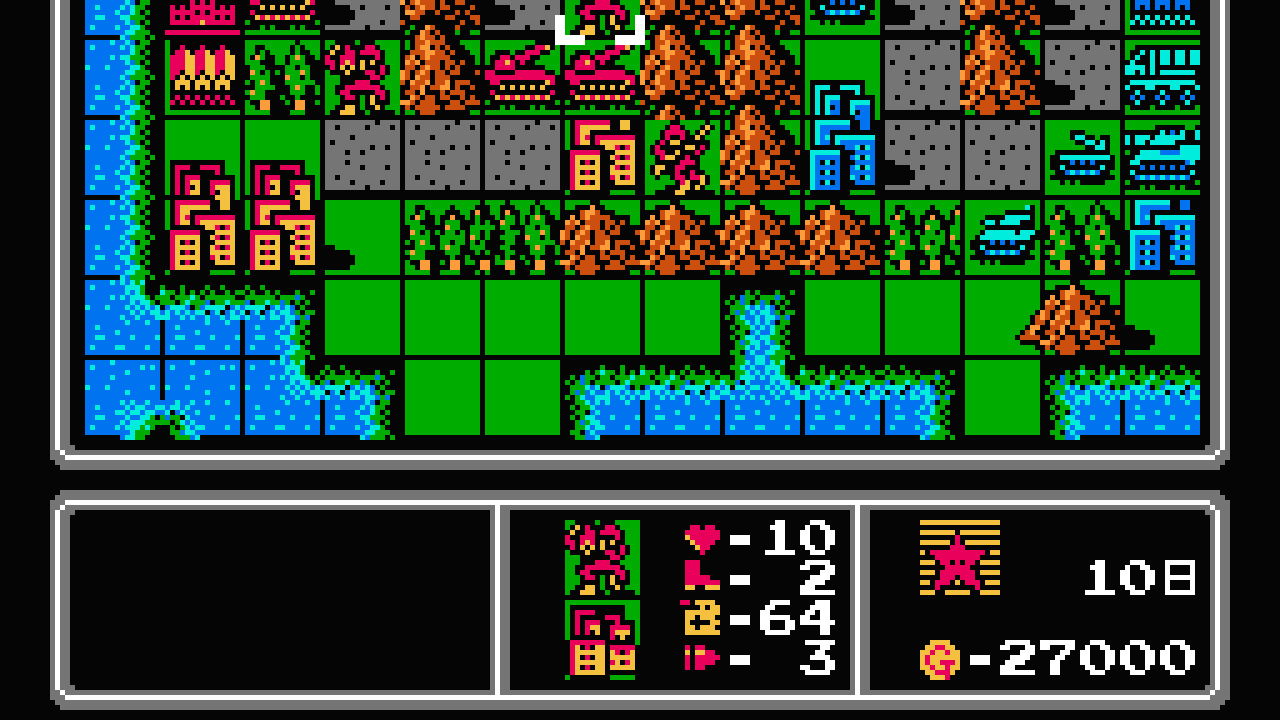 1988, NES (Intelligent Systems)
Import-Only, Fan Translation Available
If you’re a collector, or even just a game history buff, you may want to check out where the series all started. If you’re not, though, this game was recreated map-for-map with all the same mechanics in Super Famicom Wars and all maps are also available for play in Advance Wars‘ “classic” set.

1991, Game Boy (Intelligent Systems)
Import-Only
You should really play the Turbo release instead of this, since the only difference is that this one thinks slower and has a bit less content. But hey! It’s good to remember that those Game Boy Wars games weren’t just weird spinoffs by a different developer; their ideas were put into place by Intelligent Systems itself.

2005, GameCube / 2007, Wii (Kuju)
While these two games have merit on their own, there’s little connection to the Wars series proper other than vague references to units and a relatively lighthearted take on conflict.

What’s your favorite Wars game? Let us know on Twitter! And check out more of our helpful guides.