Michibiku was launched on August 3, 2015 by Graham Russell and Jenni Lada to cover both imports and localized Japanese releases, as well as some fun things surrounding these games that may be of interest.

Want to talk to us? Email editors[at]michibiku.colorninja.com. 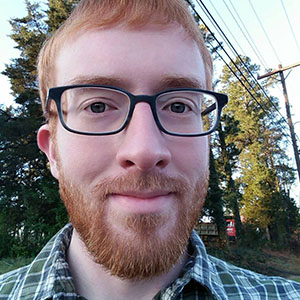 Graham Russell
Co-Editor
Graham has been writing about games since 2007. These days, he’s Contributing Editor at Siliconera! He was Editor-in-Chief of Snackbar Games from 2012 to 2015. He’s also written for Cheat Code Central, Technology Tell and The (Raleigh, NC) News & Observer. He’s a fan of streamlined strategy games, local multiplayer and upbeat aesthetics. When he’s not writing about games, he’s a graphic designer, web developer, card/board game designer and editor. 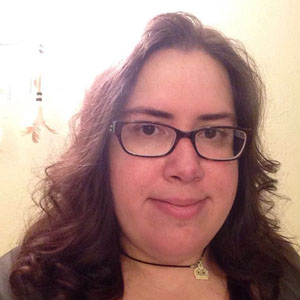 Jenni Lada
Co-Editor
Jenni is one of those special, stubborn sorts of people who steadfastly plays any sort of import game, without letting a little thing like 100% fluency get in her way. She’s also been writing about video games since 2007, with her work appearing on Cheat Code Central, Siliconera, GeekParty, PC Gamer and Technology Tell, the latter of which was the home of her long-running Important Importables column. Currently, she serves as Editor-in-Chief of Siliconera.